Start a Wiki
This article is about the event. For the video game, see Yu-Gi-Oh! World Championship Tournament 2004.

In addition to winning fame and honor as the Yu-Gi-Oh! World Champion, Masatoshi won several Yu-Gi-Oh! prizes, including five boxes of Yu-Gi-Oh! cards, the GBA game Yu-Gi-Oh! Reshef of Destruction, several deck boxes and packs of card sleeves, and some exclusive movie packs. Masatoshi will also take home one of only two copies of Ulevo. Ulevo and Meteo the Matchless, another special promotional card, have been produced exclusively for this year’s World Championships.

Chan Wan Hang of Hong Kong finished in second place, Yoshinobu Suekane of Japan finished in third place, and Ryan Pugh of the United Kingdom finished fourth. All of these players received copies of Meteo the Matchless in addition to their other prizes. 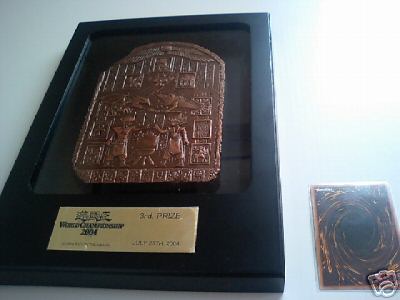 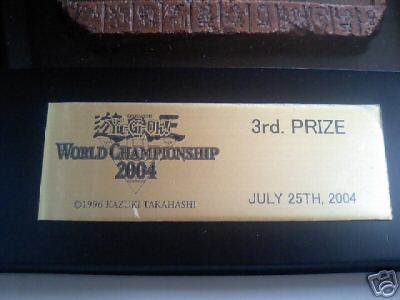 Retrieved from "https://yugioh.fandom.com/wiki/Yu-Gi-Oh!_World_Championship_2004?oldid=3994764"
*Disclosure: Some of the links above are affiliate links, meaning, at no additional cost to you, Fandom will earn a commission if you click through and make a purchase. Community content is available under CC-BY-SA unless otherwise noted.