Yu-Gi-Oh! Ultimate Masters: World Championship Tournament 2006, known as Yu-Gi-Oh Duel Monsters Expert 2006 「遊戯王デュエルモンスターズ エキスパート2006」 in Japan, and Yu-Gi-Oh World Championship Tournament 2006 in Europe is a video game released in early Summer 2006 based on the Yu-Gi-Oh! franchise. The gameplay involves the player collecting cards in-game and using them to battle the computer players. Players may also (upon completing the Free Duel mode) battle against Decks which they themselves have designed and saved. This game comes with three promotional Yu-Gi-Oh! cards enclosed; they are "Helios - The Primordial Sun", "Helios Duo Megistus", and "Golden Homunculus". These cards were later handed out in English Blister Packs.

This game contains every Yu-Gi-Oh! card made in English at the time of its release (2000+), with the exception of "8-Claws Scorpion", "Ante", "Barrel Behind the Door", "Darkness Approaches", "Double Spell", "Dragon Piper", "Grave Lure", "Grave Protector", "Gravekeeper's Chief", "Kaiser Colosseum", "Kuwagata α", "Kwagar Hercules", "Legacy Hunter", "Malice Doll of Demise", "My Body as a Shield", "Penalty Game!", "Pharaoh's Treasure", "Pole Position", "Secret Pass to the Treasures", "Spirit Elimination", "Spring of Rebirth", "The Puppet Magic of Dark Ruler", "Trap of Board Eraser", cards that requires to declare a card name ("Archfiend's Oath", "D.D. Designator", "Dark Designator", "Great Phantom Thief", "Mind Crush", "Prohibition" and "Question") and Level 5 Normal Monsters other than "Aitsu", "Bottom Dweller", "Curse of Dragon", "Giga Gagagigo", "Illusionist Faceless Mage", "Jack's Knight", "Kabazauls", "King of Yamimakai", "Labyrinth Wall", "Molten Behemoth", "Mr. Volcano", "Ocubeam", "Steel Ogre Grotto #1", "Terrorking Salmon", "The Earl of Demise" and "Woodborg Inpachi". Unlike previous games, the cards collected from packs have direct correlation to those released for the TCG. Players purchase packs from the original Legend of Blue Eyes White Dragon all the way up through the Shadow of Infinity series. There are also specialized packs focusing on themes (Machines, Spellcasters, Warriors, etc.), and even by card type (all Effect Monsters, all Normal Monsters, all Spells, all Traps). Additional packs are unlocked as you progress in the game. "Elemental Hero Neos" is featured in the game prior to its release.

As with prior games in the series card passwords printed on TCG cards can be entered in order to obtain cards in the game. You can now get as many copies of each card as you want in this way (limited to one in previous games, except WCT 2005), but you must pay a fixed cost for each card (costs range from a few hundred DP to in excess of 10000 DP for Limited and Forbidden cards such as "Pot of Greed" and "Black Luster Soldier - Envoy of the Beginning").

Also note that although link Duels are still possible, trading cards between games is not.

Also different from the previous videogames, this one does not pit you against characters from the anime and manga (and their known Decks). Instead, you Duel against the various 'monsters' and Decks built around them (Kuriboh, Dark Magician, Cyber Dragon, etc.). The monster Duelists are organized into five different tiers, with each tier getting unlocked as the game progresses. There is also a special tier where you can Duel yourself (the opponent uses your currently selected Deck), and Copycat (who uses a Deck of your choice from one of up to 60 of your saved Deck builds).

Besides the free Dueling, there are also Challenges. These consist of Duel Puzzles (winning a Duel given certain cards on the board and in hand), Themed Duels (full Duels based on a certain theme for building your Deck), and Survival Duels (see how many Duels you can win in a row with your Life Points carrying over from Duel to Duel). As you complete certain percentages of challenges, more packs and Free Duel Duelists are unlocked. You can also update the Forbidden/Limited List to the current one at the Yu-Gi-Oh! Card Game Website. 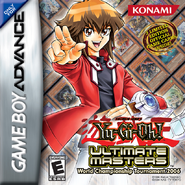 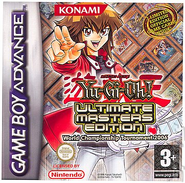 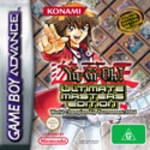 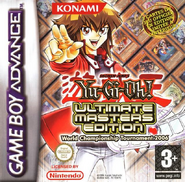 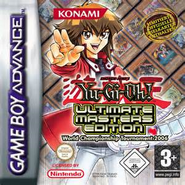