Called also "Mall Tour" or "Summer Tour", this big event would be organized every year in North-America or Europe and it would consist of a series of tournaments played in malls or outdoors. The 2004 tour was held all over the Europe starting from June 19 till August 26 and the unique promotional card released for it (only 750 copies) was distributed during the English part of the tour, from June 19 to July 25. 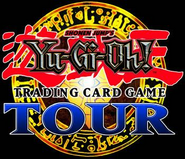