Yu-Gi-Oh! Nightmare Troubadour is the first Yu-Gi-Oh! video game for the Nintendo DS.

The Path of victory is in the cards, Search for duelists by touching the map they are ready to face your challenge, Summon powerful 3D monsters from over 1000 cards including some of the latest cards, Duel and Trade cards wirelessly with your friends.

Unlike the previous Yu-Gi-Oh! Gameboy Advance games, it contains:

You role play as a novice duelist participating in the Battle City Tournament featuring the original Yu-Gi-Oh! cast. The original Battle City storyline has been altered some to extend game play and include duelists such as Maximillion Pegasus and the Paradox Brothers. The Virtual World story arc is also included.

The game features characters from season 1 to 3 of the anime. 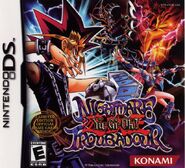 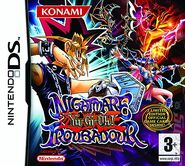 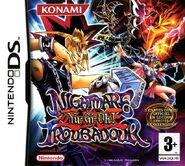 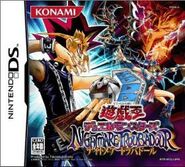 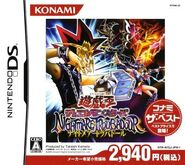