Yu-Gi-Oh! GX Spirit Caller (also known as Yu-Gi-Oh! Duel Monsters GX Spirit Summoner) is a video game for the Nintendo DS. You can use the Nintedo Wi-Fi connection to battle duelists from all over the world! Duel together with your spirits! Includes over 1400 of the latest cards.

The player is on a ship, on their way to Duel Academy, with their friends Jaden Yuki and Syrus Truesdale. The player is placed in the Slifer Red dorm, and soon after, strange things begin to happen. As soon as these odd occurrences begin, you start hearing the voice of a duel spirit. This spirit is a good spirit and will help you duel and solve the mysteries surrounding the Duel Academy.

The story loosely follows the events of the anime, only the player takes place of Jaden's duels. Such as Dimitri stealing Yugi's Deck, and the player getting it back. The game mostly covers the anime, from the beginning to the Dark Zane arc. Because the game is based on the anime, some major and minor characters will appear. It also includes a lot of characters exclusive to Spirit Caller; they are featured as minor characters. You will later duel all 7 Shadow Riders and other parts of Season One then you will enter a tournament after. 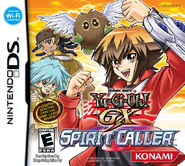 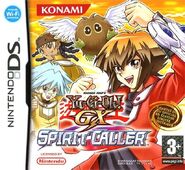 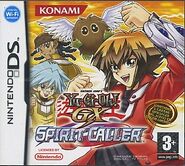 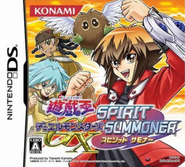 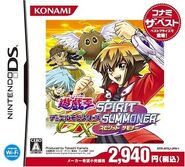