Climb the Duel Academy ranks to become the King of Games! Only the most skillful students can enter the high ranking at Duel Academy. Also, you can duel against other students from Yu-Gi-Oh! GX series. The game includes 1200 cards.

The objective is to advance through the game, following the anime. Mainly, you come to Duel Academy to become the King of Games. At first, you will be in Slifer Red Dorm with dropout boy ranks. You have to Duel and test in order to achieve a higher dorm and rank. When you win duels, you will get DP for buying booster packs in order to improve your Deck and skills. This game follows the story of the first season of the Yu-Gi-Oh! GX anime.

DP (Duelist Points) can be earned by winning Duels and can be used to purchase new cards. Upon winning a duel, DP is rewarded as follows:

This feature enables you to prevent the game to ask you if you want to activate a card's effect in every possible situation. i.e. you can to choose only to be asked to activate "Scapegoat" during the opponent's Battle Phase. Therefore, choose "option" in the PDA screen and choose "Confirm Activation" to be manual. Now if you select a card while in the Deck construction menu you see an extra icon for the activation timing of this card. If you choose this icon you can unselect all cases with the L-button and then only select the activation times you want. 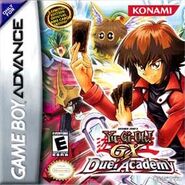 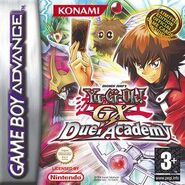 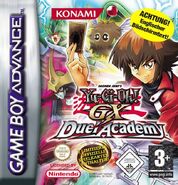 Retrieved from "https://yugioh.fandom.com/wiki/Yu-Gi-Oh!_GX_Duel_Academy?oldid=4268550"
*Disclosure: Some of the links above are affiliate links, meaning, at no additional cost to you, Fandom will earn a commission if you click through and make a purchase. Community content is available under CC-BY-SA unless otherwise noted.