Yu-Gi-Oh! 7 Trials to Glory: World Championship Tournament 2005, known as Yu-Gi-Oh! Day of the Duelist: World Championship Tournament 2005 in Europe and Yu-Gi-Oh! Duel Monsters International 2 in Japan, is a Yu-Gi-Oh! game for the Game Boy Advance. Light and Dark clash in a town where everyone waits to Duel. Battles take the place of words and only the best will win tournaments where glittering trophies await the victor.

The game features 1000 cards (105 traps, 220 spells and 675 monster cards) to collect and Duel with. Polymerization and Dark Magician are available with 2 different artworks which count as different cards.

DP (Duelist Points) can be earned by winning Duels and can be used to purchase new cards. Upon winning a duel, DP is rewarded as follows:

In Shadow World, the reward is 5x the normal reward.

The changes made since WCT2004 are as follows:

The game features characters from the Yu-Gi-Oh! anime. If you dueled them before in WCT2004, most of their decks haven’t changed much.

Note1: They use staple cards such as Call of the Haunted.

Note2: They have a Jinzo in their decks every now and then after beating them a few times.

All level 1 opponents are available from the start.

All level 2 opponents are unlocked by beating the Weekend Tournament 4 times.

Aside from Yami Yugi, all level 3 opponents are unlocked by winning the Championship. Yami Yugi is unlocked randomly once per day by beating any Misc. Duelist in Shadow World.

From the start there are 4 locations to visit (hometown, shopping district, coliseum and Area K.C.), another one, the so-called "???", appears after winning the national tournament.

On Top of the screen you can see an info column where different messages are displayed like the name of your current location, upcoming tournaments or an occurring event. You have to wait a bit until all current messages have been displayed.

You have weekdays and weekend but no precise date. You can end a day by going home and resting in bed. Some opponents/events only occur on special days. The "banned list" changes every week.

You can talk to characters (A-button) or challenge them to a Duel (R-button). Packs and decks can be bought in the card shop. You can save up to 20 deck recipes.

There are different tournament types in the game. If you register for one of them, you cannot register for another tournament for the same and the following week. Upcoming tournaments are announced in the info column on top of the screen so make sure to check it at least on Mondays. You receive a winning trophy at the end of a tournament. You can check your trophy collection at your home.

If you defeat one of the opponents in the shop the owner (Truesdale) will invite you to his tournament. You cannot really decline since Truesdale does not offer you cards to buy anymore until you accept the challenge. The tournament takes place in the card shop the next Tuesday...which is the regular closing day of the shop if no tournament takes place. You have to win 3 matches. The 3rd opponent is always Truesdale himself. The price for winning is 3000 DP.

You can register for this tournament in front of the coliseum by paying 100 DP to the receptionist. The first round is a single duel against a random side character on Saturday (winning price: 300 DP) the second round is a match against a main character on Sunday (winning price: 700 DP). By winning this tournament 4 times you unlock Rex Raptor, Weevil Underwood, Mako Tsunami and Mai Valentine. They appear in the city locations now and can be challenged.

After unlocking Rex Raptor, Weevil Underwood, Mako Tsunami and Mai Valentine and passing 2 weeks without registering for the weekend tournament afterwards you can register for this tournament in the "Area K.C." by talking to the receptionist. You have to beat 7 duelists in a match for the upcoming 7 Saturdays. In between you can buy cards in the shop etc. and you should adapt your deck to the weekly changing banned list. The price for winning is the number of the round x 1000 DP except the final with 10,000 DP for beating Seto Kaiba; so you can win 31000 DP in total. Also the pack "K.C. Special" is now available in the card shop for a while.

After 2 weeks without registering for a tournament this tournament should be announced. You can register for this tournament in front of the coliseum by talking to the receptionist. You have to beat 7 duelists in a match for the upcoming 7 Saturdays. The special thing about this tournament is that every round has a special limitation like "no wind monsters". Since this limitation also applies to your opponent he will play with another deck than usually (i.e. Mai with no wind monsters). The price for winning a round is 1000 DP except the final with 7000 DP for beating Seto Kaiba; so you can win 13000 DP in total.

After winning the weekend tournament, the K.C. Tournament and the limited tournament and after 2 weeks without registering for a tournament this tournament should be announced. You can register for it in front of the K.C. Tower by talking to the receptionist. In the Regionals (preliminary Championship) you have to beat 3 duelists in a match on Saturday (winning price: 2000 DP). The next Saturday is the final. Beat the opponent for winning 30,000 DP. Also the pack "K.C. Special" is available again in the card shop for a while.

After winning the national tournament you get some applause, the credit screen appears and you can re-load your last save to access a new location called '???' (henceforth referred to as 'Shadow World'). It is situated in the northeastern corner of the map. You can find the hardest duelists in the game here.

The weekly Forbidden/Limited Card List does not apply to Shadow World, so you can construct a deck with up to 3 copies of Prohibited, Limited and/or Semi- Limited Cards. Therefore, you can now create some horrific decks such as Warrior Chaos, Magical Scientist OTK, Yata-Garasu Lockdown and CED OTK that are banned in real-life. Of course, your opponents in Shadow World also get that ability.

Packs and decks can be bought at the Mystic Stall, which becomes accessible on specific days by beating the following duelists at least once:

The Survival Match becomes available after about 1 week has passed. Unlike Battle City tournaments, you can register for this tournament once per day. It is an endurance-style series of Single Duels comprised of level 3 Duelists chosen at random (aside from Yami Yugi) and consists of 7 Rounds. Your remaining LP are carried over to the next duel. If you win all 7 Rounds, you will earn first place DP, plus your remaining LP as DP. The entry fee is 8,000 DP. Talk to the organizer in the Ancient Shrine to register.

Upon winning, you'll receive the Survival trophy and DP. Watch the credits roll again and your progress will be saved like last time. Continue your save file.

On the next day, talk to the organizer again. He informs you that you can't take part in the Survival Match again, but you can participate in Dark Survival Match if you have over 70,000 DP and a Deck without any Traps.

Dark Survival Match is similar to the Survival Match, except it is much harder. It is a never-ending series of endurance-style series of Single Duels with the same opponents as before determined by a roulette until you lose or choose to quit. The prize is your remaining LP multiplied by the number of opponents. However, if you lose, your current DP will become the current DP divided by the number of opponents. You start with 20,000 LP.

The first password machine, which costs 1,000 DP to use and is found in the Card Shop, only allows each card to be obtained once through its use.


The second password machine, located in Shadow World, costs 10,000 DP to use; however, each card can be obtained multiple times through its use. 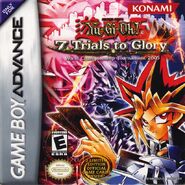 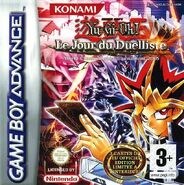