View source
watch 02:46
The Quarry - The Loop
Do you like this video?
Play Sound
This article is about the series featured in Yu-Gi-Oh! R. For the archetype known colloquially as the Wicked Gods in the Japanese version of Yu-Gi-Oh! 5D's, see Earthbound Immortal.

The Wicked Gods, also known as either the Evil Gods or Jashin in the English VIZ translation, are a series of Level 10 DARK Fiend monsters who were originally featured in the Yu-Gi-Oh! R manga; these cards formed the dark counterparts of the Egyptian God Cards.

In Yu-Gi-Oh! R, these cards are revealed to have been designed by Maximillion J. Pegasus in secret some time after creating the God cards. He made the rudimentary designs for the three cards in an attempt to keep the Egyptian Gods in check, but feared their immense power, and never completed their production.

The Wicked God cards seem to be exceptionally powerful, stated by Yako to have been created solely to keep the Egyptian God cards in line. The Gods seemed to be able to revive the dead, since Yako was able to revive Keith Howard using the cards. The three Wicked Gods were in fact primarily used in Yako's attempt to revive Pegasus. By linking Anzu Mazaki to the Gods, and using "The Wicked Avatar" as a medium, Yako revived Pegasus' spirit. This plan ultimately failed when Yugi destroyed the "Avatar" using an enhanced "Obelisk The Progenitor". In addition to "Avatar" possessing Yako, it allowed Yako to possess others, such as his brother, Gekko.

Unlike the Egyptian God cards, the Wicked Gods were at least produced in duplicates, as both Gekko and Yako possessed one copy of "The Wicked Dreadroot" each, while Keith and Yako both possessed one copy of "The Wicked Eraser" each; this makes "The Wicked Avatar" the only Wicked God to be unique, specifically to Yako. After Gekko's defeat, he tore up his Wicked God, and after Yako lost, he tore up his. As such, presumably only Keith still has his Wicked God card. However, Keith constantly complains about how the Wicked Eraser doesn't go with his Machine cards and heavily implies that he only uses them because Yako has forced him to.

Comparison to the Egyptian Gods

These cards share the Hierarchy System with their counterparts (e.g., among the Egyptian Gods "Obelisk the Tormentor" and "Slifer the Sky Dragon" were Hierarchy 1, while "The Winged Dragon of Ra" was Hierarchy 2), with "The Wicked Avatar" higher than the other two. It is also known that they share the remainder of the Divine traits with the Egyptian Gods. Like the hierarchy of the Egyptian Gods in the manga, the Wicked Avatar (who is at the top) cannot be destroyed by the other two gods, as well as being invincible against "Obelisk" and "Slifer". However a Hierachy 1 god can affect a Hierarchy 2 god with the card Divine Evolution.

One key difference that must be noted, however, is that these are intended as the opposites of the "Egyptian God" cards. Hence, while both are DIVINE-Attribute in the manga, the kanji is placed against the LIGHT-Attribute symbol for the "Egyptian Gods", but against the DARK-Attribute coloration for the "Wicked Gods". When they were released in the TCG/OCG, no DIVINE or Divine-Beast monsters had been released, so they were made DARK/Fiend.

Unlike the "Egyptian Gods" or "Sacred Beasts", the "Wicked Gods" do not have a fourth, combined member. 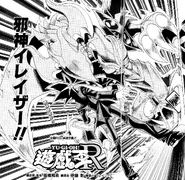 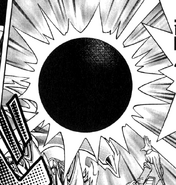 The "Wicked Gods" themselves possess nigh-unstoppable effects that can easily turn the game in your favor, but they are considerably harder to get out than their "Sacred Beasts" counterparts. While each God does have rather simpler summoning requirements, they are not special summons. They also require 3 tributes each and cannot be used with "Mausoleum of the Emperor". Thus, monsters who survive battles, ones with high DEF, or those who you can special summon/summon multiple copies of in a single turn should be used, or monsters that can not be destroyed by battle. "Double Coston", while being neither of these, counts as two tributes, which is excellent as it reduces the Gods back down to two tributers. Ideally you should use it when you can summon more than once in a single turn, such as with "Double Summon", and have at least one other monster to tribute. Monsters that summon multiple copies of themselves, such as "Nimble Momonga" and "Hyena", are also good. Cards that summon tributable tokens and Trap monsters are especially useful, as the former can rapidly generate tribute fodder while the latter can be used as both a surprise defense and as readily accessible tribute fodder (this is even more useful if you have "Double Coston" and "Double Summon", as the two cards can be used in conjunction with an already-set Trap Monster to instantly bring out the Wicked God).

The Wicked Gods themselves lack Spell and Trap protection, thus are quite a bit more vulnerable when used against an opponent who uses a lot of monster removal. "Royal Decree", "March of the Monarchs", and "Mound of the Bound Creator" can help. However, "Royal Decree" will prevent you from using Trap Cards. In a pinch, however, you can use "Interdimensional Matter Transporter" to momentarily save a Wicked God from destruction.

As mentioned before, "Wicked Gods" themselves are attack oriented ("The Wicked Eraser" being an exception). Since they already have exorbitant attacks, "Big Bang Shot" and "Fairy Meteor Crush" can help to inflict massive damage. They are also excellent candidates for cards such as "Twin Swords of Flashing Light - Tryce" and "Shooting Star Bow - Ceal", as their ATKs will be sufficiently high enough to not be hampered by the attack loss. Be aware of the effect of "The Wicked Avatar": its stats are based on the highest ATK on the field, not DEF. Thus do not run into random face-down monsters unless you have a reasonably high ATK, as their destruction will not be ensured otherwise.

"The Wicked Eraser" is designed to punish the opponent for swarming and setting cards, gaining ATK for each card under their control, and wiping the field if it's destroyed. This is especially effective against Crystal Beasts, Zombies, and any other deck that requires either massive field presence or swarming. If your opponent does not like to swarm, "Ojama Trio", "Nightmare Archfiends", and any other cards that summon monsters to your opponent's field or causes them to set many cards. "Gilasaurus" is particularly good for this, as three of them can give you exactly the amount for this card's summoning, as well as giving your opponent 3 monsters, at least 3000 ATK for "Eraser". "Inferno Reckless Summon" can do the same.

Another version of this Deck is to thoroughly abuse the swarming and resurrection abilities of the Zombies to make summoning the Wicked Gods even faster. With "Double Coston" as a Level 4 Zombie that can benefit from "Mezuki" and the revival effects of "Zombie Master", you can summon fast, hit hard, and protect your Wicked God from being destroyed by Synchro Summoning "Stardust Dragon" or Spamming Rank 4 Xyz Monsters should a God not be available. The "Gogogo" archetype can also be used for their quick chain summoning abilities.