watch 02:45
Wiki Targeted (Games)
Do you like this video?
Play Sound

Green Gate Keys are required to Duel Weevil Underwood at the Gate.

Regional champion Weevil Underwood loves to buzz to victory with his Insect Deck. Nothing will stop Weevil from getting a win, even if it means throwing Yugi's cards into the ocean or messing with Joey's Deck. One of his favorite techniques is an Insect Combo using "Great Moth" and "Insect Queen".

Immediately after the player claims the reward for Weevil Underwood's appropriate Character Unlock Mission, they will encounter Weevil for the first time, who is engaged in a Duel with Mickey. After Weevil's apparent victory, he tells the player that they've just witnessed the power of his Insect Deck, which he'll use in Duel World to become a champion once again.

Until the player manages to defeat Weevil at least once, whenever they challenge Weevil to a Duel, he will declare that he is growing accustomed to Duel World, with it being infested with "weak little larvae." He considers the player as the weakest of them all, and predicts that becoming the champion of Duel World will be easy. He then concludes his dialogue with snickering.

Until the player manages to defeat Weevil at least once, whenever they lose to him, the latter briefly sniggers before declaring that their Duel was too easy - the player never stood a chance against his bugs. He further brags that insects are invincible since they've been around for millions of years, and that no card can defeat them. He then taunts the player, saying that if he were the player, he'd give up and "buzz back home," before sniggering again.

Upon Weevil's first defeat, he gives a brief yell of shock before stammering that he can't believe his insects lost. He attempts to defend himself, saying that his defeat doesn't prove anything, and especially doesn't mean he's a weakling. He then has a brief surge of confidence, as he vows that he will be champion, but he ends up concluding his dialogue with a sniffle.

After the player redeems their final unclaimed reward for Weevil Underwood's Character Unlock Missions, they will encounter Weevil again, who chuckles before informing the player that he has been "spinning" a winning strategy for himself to become the champion, and reveals the "Insect Queen" card to the player as his perfect plan. He goes on to declare that he will serve his Queen by literally doing whatever it takes to win, to the extent that he'll make sure his victory is guaranteed before the first card is drawn, concluding his dialogue with a titter. 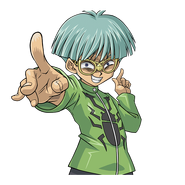 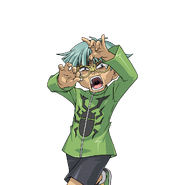 Skills of a Champion
Monsters (11)

Skill: "Parasite Infestation" (After starting hands are dealt, a random number of "Parasite Paracide" cards are added to the opponent's Deck, face-up.)

Skill: "Parasite Infestation" (After starting hands are dealt, a random number of "Parasite Paracide" cards are added to the opponent's Deck, face-up.)

The following lists are the rewards the player accumulates from having Weevil Underwood reach a certain Level.

When dueling against Level 40 Weevil Underwood, these are the only cards that can drop; at lower levels, cards from the standard pool for Legendary Duelists may also drop.