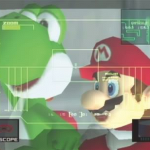 Hi and welcome to the Yu-Gi-Oh! wiki! Thank you for your edit to the Card Tips:Pineapple Blast page.

We don't have any official written policy regarding trivia, especially since there are many decisions decided on a "case-by-case" basis. However, the reason we unofficially don't allow stuff like "this monster looks very similar to X" is because it's opinionated. There is no universal standard that everyone can agree to, in deciding how similar a monster looks like "X". Because everyone has different opinions, we add a separate standard: intentions. How likely is this similarity intentional? Intentional similarities certainly merit a trivia space.
As I already explained, "Firegrass" was released way before Plants vs. Zombies, so "Firegrass" was not intentionally made that way. So, the only path left is that the game creators of Plants vs. Zombies intentionally made Plantshooters look similar to "Firegrass". However, the Peashooters only match the flowers on top of the roots. Also, "Firegrass" is a very little-known monster; why would they choose this monster, instead of a more famous one, like "Lonefire Blossom"? Finally, in Plants vs. Zombies, there should be other plant/zombie references to YGO or other media, in terms of how they look; just 1 single reference seems very odd.
A successful example of "intentional similarities" is Galaxy Dragon in Social Empires, which is based on "Galaxy-Eyes Photon Dragon". Very similar artwork design and color scheme, and similar names (not the exact same name though, to avoid copyright issues). Furthermore, Social Empires also has Star Dragon, which appears to be based on "Stardust Dragon" (and maybe a combination of its other forms) in terms of artwork design, color scheme, and name. And because there is already 1 definite example of a YGO reference, Star Dragon being intentionally based on "Stardust Dragon" is more strongly supported. Both of them are also famous monsters in YGO.
If we didn't care about "intentions," then any random person could type on the Wiki, "Sand Stone" looks like Regirock from Pokemon, and other pointless comparisons like that. --UltimateKuriboh (talk • contribs) 20:56, June 11, 2015 (UTC)

The overall maximum number of monsters on the field is 10. There's no room for an 11th. Here's why: When Relinquished equips a monster to itself, that monster is treated as an Equip Spell, and not a monster, thus making it ineligible for any effects that are monster-related, including Chimeratech Fortress. To elaborate: say you have an active DNA Surgery set to Machine and 10 Machine-type monsters on the field, including a Cyber Dragon and a Relinquished equipped with a Machine. You choose to send all monsters to the Graveyard to Summon Chimeratech Fortress. As Relinquished left the field, its equipped monster will be destroyed, and the resulting Chimeratech Fortress will have 10000 ATK, not 11000, as you'd believe. ChaosGallade (talk • contribs) 17:18, November 17, 2015 (UTC)

It's clear you don't understand the ruling yet. The way chimera's text was written, it does not care where Cyber Dragon is as long is on the field. Only and ONLY Cyber Dragon equipped to Relinquished can be used for this to work because any other card is treated as a Spell Card so any other card is not a treated as a Machine if equipped to Relinquished. That even includes Cyber Dragon. Cyber Dragon is not a Machine, but is still treated as Cyber Dragon (its name) as chimera's wording only cares about the name. If its wording would say "by sending the above monsters" then yeah, Cyber Dragon equipped to Relinquished won't be able to be used this way because it's not considered a monster. This is the very same reason I'm not babbling that 13 (or 16 if you want to count 3 of each on each side of the field) monsters can be used because that's what is impossible. Sure, you can have 3 Cyber Dragons equipped to 3 Relinquisheds, but you only need 1 Cyber Dragon for the Special Summon, the rest would have to be Machine monsters, but the other 2 are not Machine monsters because they are Spell cards. Again, read the rulings and if you want, do research. This method can be found and is talked anywhere in the internet. It's not a forbidden move or something like that. Zzamaro (talk • contribs) 17:42, November 17, 2015 (UTC)

Alright. However, what ever happened to the stuff I posted as sub-trivia? It should have some relevance to the point I was trying to make: Even though it has 9 holes and one mouth, this makes things interesting since its design is trying to tell us it can make up to 10 attacks (total of monsters on the monster zone), but with the right cards, it can make up to 11 attacks (using 10 monsters plus one extra using the name) which clearly goes against this card's artwork. Zzamaro (talk • contribs) 23:43, November 20, 2015 (UTC)

Retrieved from "https://yugioh.fandom.com/wiki/User_talk:Zzamaro?oldid=3232151"
*Disclosure: Some of the links above are affiliate links, meaning, at no additional cost to you, Fandom will earn a commission if you click through and make a purchase. Community content is available under CC-BY-SA unless otherwise noted.