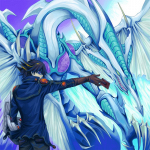 Shadow of the Six Samurai - Shien

how can there be a spanish version when Konami/Yugioh Card website has not confirmed the effect? honestly.... that effect of >2000 then become 2000 is wasteful most sams wont have any use for that effect. that spanish card is a photoshopped card. there is no way they would have it before the english do. ZmanstardustZS. Talk Z.S. Blog 21:25, June 13, 2012 (UTC)

my proof is http://www.yugioh-card.com/en/products/sd-sdwa.html the official site.... they have not released the effect but how would someone make a spanish card without the english translation? and they has not been released? think of that? I did, so again go to http://www.yugioh-card.com/en/products/sd-sdwa.html and i am right ZmanstardustZS. Talk Z.S. Blog 21:31, June 13, 2012 (UTC)

Stop it, you both. We have to wait till Konami admit it - Spain Image is just photobucket'd and all tools. And no, I am not support either of you, or against you. I only want you to stop shacking your edit posts! --iFredCat 21:36, June 13, 2012 (UTC)

Retrieved from "https://yugioh.fandom.com/wiki/User_talk:Zmanstardust?oldid=1964535"
*Disclosure: Some of the links above are affiliate links, meaning, at no additional cost to you, Fandom will earn a commission if you click through and make a purchase. Community content is available under CC-BY-SA unless otherwise noted.