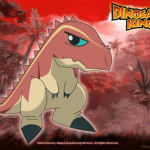 At which point did you see the monster "The Phantom Knights of Ancient Cloak" in "Warped"? I watched the whole episode just now, and I did not see it at all. The only instance where it might have appeared was the flashback that occurred after Yuya watched Kit Blade lose to Iggy Arlo, but that's not correct, as that was just the back of Yuto's cloak. A response would be appreciated, and when adding card appearances in the future, please be very specific where the appearance occurred in the episode. --UltimateKuriboh (talk • contribs) 19:32, December 27, 2015 (UTC)

Could you explain why you are removing the episodes a card appears in and then adding them back? You've done this several times, for no apparent reason. I would like you to give me a reason for you to be doing so as soon as possible. Becasita Pendulum (talk • contribs) 13:02, September 19, 2016 (UTC)

Alright, I assume you're making pointless edits to pages (and quickly reverting them) to add them to your watchlist. If that's the case, please stop. At the bottom of any Wiki page, you'll see a yellow bar, where you can see a "Watch" option. If you click on that, the page you're currently on will be added to your Watchlist, with no need for editing the page. (If you can't see the yellow bar, then go to the bottom-right corner of any Wiki page, and click this little "up-arrow" to show the yellow bar.)
However if you continue making these pointless edits without an explanation, you'll be blocked, since those edits are unnecessary and clog up the page's edit history. --UltimateKuriboh (talk • contribs) 20:06, October 9, 2016 (UTC)

Next time you want someone to rename a page, put a {{Rename}} tag on the top of the page in question instead of just "changing" an image file name. It saves a lot of time finding the right files to rename in question. ChaosGallade (talk • contribs) 18:15, October 22, 2016 (UTC)

Saying that they're from NAC isn't really giving a source, provide a link to it like I did. As for renaming, you don't need the nowiki tags, just use italics like so. Remember to put the English name in the englishname field in the infobox. Remember in reverse to add the international airdate to the summary. It's "known", not "knows", and a few brushups on grammar wouldn't hurt. Cheers. Sanokal K-T (talk • contribs) 20:29, October 28, 2016 (UTC)

Feel free to leave me messages if you need help; I'll try to give a hand.
To start, I'd advise you to try to format your text a bit better on talk pages. First, right your comment and only then, at then end of it, place your signature. To sign, you just need to use four tildes (~~~~); try to avoid typing more; don't type less. Also, it's advisable to preview your changes before publishing them. You have preview buttons next to the "Publish" button.
Oh, forgot to mention: if you want a page (or a file) to be moved, just place {{Rename}} at the top of it. Check the {{Rename}} page for more instructions, please. Becasita Pendulum (talk • contribs) 19:41, November 11, 2016 (UTC)

Hi, thanks for adding so many appearances. When you do so, would you please also add the cards to Featured cards section of the corresponding episode articles, please? Otherwise the articles end up contradicting each other. Thanks, Cheesedude (talk • contribs) 14:03, August 11, 2017 (UTC)

hey Yuri Kurosaki XD you added several dub titles to episodes 100-onwards to 113 however few of them are not right titles some of these are from Italy and German titles so just letting you know Teletoon tv schedule has the dub titles a few have been corrected by a few other users so yeah (Lionel Head (talk • contribs) 09:05, September 11, 2017 (UTC))

I noticed that you added it appeared in episode 21, but you didn't add its appearance to the episode page either. At what point in the episode did it appear? --UltimateKuriboh (talk • contribs) 21:55, December 3, 2017 (UTC)

yo why do you harass the yugioh youtubers on twitter and youtube and trash talk about them liking the dub im bringing this up because you trash and cussed at me on youtube i know your that Cipher guy you use to like Dylan from yugioh everything when did the shit hit the fan? (Lionel Head (talk • contribs) 12:53, July 18, 2018 (UTC))

yo why do you harass the yugioh youtubers on twitter and youtube and trash talk about them liking the dub im bringing this up because you trash and cussed at me on youtube i know your that Cipher guy you use to like Dylan from yugioh everything when did the shit hit the fan? (Lionel Head (talk • contribs) 23:45, October 18, 2018 (UTC))

I have noticed that, you seem to add all the episode numbers on cards which appear in an episode, even including for "later anime" article. Can you tell me why you do that, as the "later anime" is specifically made because the Japanese lore was changed at one point, and from that point onward the card is using a different lore. So, adding in the episode numbers in which that said card didn't have the changed lore doesn't make sense.--Supratim1986 (talk • contribs) 11:05, September 12, 2019 (UTC)

Retrieved from "https://yugioh.fandom.com/wiki/User_talk:Yuri_Kurosaki_XD?oldid=4239704"
*Disclosure: Some of the links above are affiliate links, meaning, at no additional cost to you, Fandom will earn a commission if you click through and make a purchase. Community content is available under CC-BY-SA unless otherwise noted.