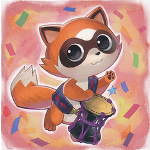 Thank you for adding to the Card Rulings sections. We hope you enjoy and assist our wiki. Lord Grammaticus (talk • contribs) 14:12, December 14, 2011 (UTC)

The link that you gave out in the Xyz Monster's talk page turned out to be wrong one, again. Thank you for all your notice but it went waste. And if you have any question for me, respond here instead of my talk page (which is current locked, I called it.) thank you. --iFredCat 17:46, July 31, 2012 (UTC)

Hey there. Just wondering; what is the name of the site that you got the image for "ZW - Lion Arms" from? If you could just copy and paste the link of the website to my talk page, that would be great. (I don't care if you imbed the link or not.) --UltimateKuriboh (talk • contribs) 02:32, August 11, 2012 (UTC)

It only happened if you're the one playing Grand Mole and your opponent running Gladiator Beast deck. That's what one user said in the posting forum (at GameFAQs) - did you tried to test that way yet? If that's true, then that user would not be clearly with the field details. --iFredCat 14:52, September 22, 2012 (UTC)

Interesting - he had "Thunder King Rai-Oh" and two face-down trap cards: "Dimensional Prison" and "Scrap-Iron Scarecrow", which they serves no purpose to negating the effect of "Gladiator Beast War Chariot". Either he's foolish or just ran into a rare bug/glitch - similar to Seto drew 3 cards instead of the usually 5 cards. And that's quite fine - since that help me aware of your respond. If you wish to keep the comment within same article, post the "Talkback" template instead of comment, which can help me know if I have not responding in time or was late to know your responding. --iFredCat 16:13, September 22, 2012 (UTC)

Hello, there is currently a discussion about changing our image policy at Forum:Potential image policy change. Because such changes are accompanied by a huge amount of work (renaming thousands of files, and updating thousands of pages), we want to make as few of them as possible. Therefore, your input is requested on the proposed change, as well as any comments on other possible changes you have in mind. If you have any questions about the image policy, now is also a good time to ask. Thanks!
Delivered by FZ - Bot. You are receiving this bot-delivered message because you are a mover, an active administrator, or recently moved/uploaded a large number of files affected by this discussion. To opt out of potential future bot-delivered messages, please let Falzar FZ know. 07:16, October 1, 2012 (UTC)

Hello, I am here to informing you about the image address of "Ancient City - Rainbow Ruins" was little... error, like the one with "Leviair the Sea Dragon" (where you managed to post in over Sénior D's edit), can you mind go and find one for the field card? I found it little out of synchronize from the rest of image gallery (as latest one, BATT version, is JPG while all other old one are PNG). If you can, then thank you for your patience. Greet, iFredCat 11:12, November 17, 2012 (UTC)

Hi, X-Meta. The site you're getting SD24 images from, do you think you could try to get some SD23 images from it as well? I've uploaded images of the monsters, but the sizes and quality varies for each one. The S/T in that gallery are all watermarked, so new versions of those are needed as well. Thanks! --Golden Key (talk • contribs) 16:41, December 7, 2012 (UTC)

just wondering where did you get "different names" from its jplore? cause i've been checking twice and i don't know where it came from. LastMinute (talk • contribs) 21:52, December 12, 2012 (UTC)

Retrieved from "https://yugioh.fandom.com/wiki/User_talk:X-Metaman?oldid=2270853"
Community content is available under CC-BY-SA unless otherwise noted.