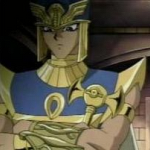 A name is unofficial unless a given card has been released in that language. Has there many an official Arabic release of any YGO-related product? If not, then any names you are adding are unofficial (which doesn't mean they are wrong, simply unofficial). Cheesedude (talk • contribs) 17:48, May 16, 2012 (UTC)

Sorry, i messed up. I thought it would be ok if we considered the Anime names as official names because there is no official arabic release of the game. Anyways, thanks for the heads up ! ThePriestSeto (talk • contribs) 00:06, May 17, 2012 (UTC)

Retrieved from "https://yugioh.fandom.com/wiki/User_talk:ThePriestSeto?oldid=1913568"
Community content is available under CC-BY-SA unless otherwise noted.