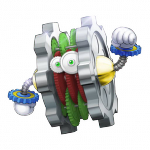 Please refrain from moving pages unless there is sufficient reason given. Thank you. Lord Grammaticus (talk • contribs) 23:55, January 12, 2012 (UTC)

Quote from the Upload page: If you are uploading an image of a card, please check the Image Policy to see what destination filename to use.
Please upload according to that. -Falzar FZ- (talk page|useful stuff) 23:40, January 20, 2012 (UTC)

Goldy's right - there are already five monsters showed there, so that "Archetype" stay. If you respond, please comment here instead. --iFredCat 12:38, August 7, 2012 (UTC)

Well actually, the "rule of three" only applies to series pages, not archetype pages. As long as there is a support card, we make a page for archetypes. --Golden Key (talk • contribs) 12:41, August 7, 2012 (UTC)

"Achacha" is being considered for deletion too. And this archetype has 2 members, Duston has currently only one member. TheGallisMan (talk • contribs) 13:56, August 7, 2012 (UTC)

Support = Archetype. Archetype = Number of members does not matter. Archetype = Not a series. Also, how can you say it shares appearance in artwork. There's only one card. There is no artwork to compare. Cheesedude (talk • contribs) 16:09, August 7, 2012 (UTC)

Alright, lemme rephrase this again: Goldy's right - it's a support card and it actually showed 5 different monsters in same image, but that don't mean it's serie and required to be deleting. --iFredCat 16:24, August 7, 2012 (UTC)

Please remember to give files proper names when you upload them. And if a file with a proper name exists, don't remove that link from a card's page to place a link to your wrongly named image, upload your image under the proper name. --Golden Key (talk • contribs) 00:02, August 19, 2012 (UTC)

Shriek is not an official source; in fact, they changed it from Daiya to Dire after I renamed it on this wikia. Yes, Dire Wolf is correct too, but I feel that it is important to stress the 'diamond' part of its name. Why would you think that just because Shriek has a different translation, it means that that is the official OCG name!? Number 92 was also wrong. The kanji for skeleton isn't found anywhere in its name. MadRest 19:20, December 17, 2012 (UTC)

Thanks for creating Set Card Lists:Hidden Arsenal 7: Knight of Stars (TCG-EN). Just so we can add verification to the pages, can you tell us where you got the information from? Some people have since added rarities to the page. Do you know if they have been confirmed? Thanks. -- Deltaneos (talk) 23:02, January 18, 2013 (UTC)

Card List is from the german YGO forum "etcg" (http://www.etcg.de/forum/index.php?page=Thread&threadID=440485) and looks very confirmed to me. But i haven't any clue about the rarities or if "Constellar Omega" is really included.. --TheGallisMan 13:07, January 19, 2013 (UTC)

No problem! But because there is currently very little information about Hidden Arsenal 7: Knight of Stars, the rarities added by the people are neither false nor confirmed. --TheGallisMan 13:30, January 19, 2013 (UTC)

Ganbara and Duston are not comparable situations. "Duston" is an archetype. Archtypes have only one requirement - at least one support card. Ganbara is a series. Series have a different requirement - three or more members. Cheesedude (talk • contribs) 00:43, February 8, 2013 (UTC)

Do you still not understand the policy on archetypes and series. To be an archetype, it must have support. "Sargasso" has no support. To be a series, it must have three members. It has only two. Therefore, no page is needed. "Sargasso's Lighthouse" is not a support card for "Sargasso" cards, its a support card for "Ancient Battlefield of the Different Dimension - Sargasso". Cheesedude (talk • contribs) 00:26, March 17, 2013 (UTC)

But "Ancient Battlefield of the Different Dimension - Sargasso" also not belongs to the D.D. archetype. By the way, "Sargasso" plays a big role in the 96th episode in the Yu-Gi-Oh! ZEXAL series ("Vector's Madness: The Battle Aboard the Ominous Sargasso!"). There will be coming more support after JOTL maybe. --TheGallisMan 00:38, March 17, 2013 (UTC)

D.D. is a series and "Sargasso" does fit in with it. It says so in the name and the Japanese text matches up just fine. I know that "Sargasso" will play a big role in future episodes, but "there may be support soon" isn't an excuse to ignore the policy. Cheesedude (talk • contribs) 00:44, March 17, 2013 (UTC)

"Ancient Battlefield of the Different Dimension - Sargasso" doesn't fit in with the D.D series. No cards will be banished with it, Sargosso only inflicts damage. It's more an Anti-Xyz Support card than a D.D. card. --TheGallisMan 01:21, March 17, 2013 (UTC)

First, would you mind reading my last reply here please? That's pretty much what I have to say 'bout it. Second, if a subject is being discussed, you shouldn't just keep insisting on editing the page according to your point when all other members disagree. If you still think you're right, then say it in the discussion, and if an experienced and reliable Admin says you shouldn't, you shouldn't, 'kay? Thanks. LegendaryAsariUgetsu (talk • contribs) 01:43, March 20, 2013 (UTC)

Well, cards that are part of a series always use the "|archetype = " template. It's more convenient to combine the two than to create another template thing for series specifically. Also, the "Vanity's" doesn't say it's an archetype on its page; it specifically says it's "a small series." So, there shouldn't be a problem. --UltimateKuriboh (talk • contribs) 03:04, March 29, 2013 (UTC)

Ok, so the metal things on Yaranzo's chest are actually a gold color. However, the chest in the artwork of "Labyrinth of Decision" does not have the keyhole thing on it. "Yaranzo" does. --UltimateKuriboh (talk • contribs) 22:22, April 21, 2013 (UTC)

I understand if you may feel confident that something is true (such as "Hell Centipede"). However, everything needs an official source before it is posted on this Wikia; that is what you need to understand. Although I have heard of this through the rumor mill, information about their rarities should not be posted unless there is a source, which you did not post. --UltimateKuriboh (talk • contribs) 15:31, May 3, 2013 (UTC)

Next time, can you ask me on my talk page before undoing? I won't upload information to the wiki unless it's confirmed by NeoArkadia or I find the sources and translate them myself, thanks. TheScarecrow14 (talk • contribs) 18:39, May 14, 2013 (UTC)

When you move a card page, after the move is completed, you will be brought to another screen that says the move is completed. However, usually it will also prompt you to rename the associated pages with, including the "Card Gallery" page, "Card Trivia" page, etc.. In cases like that, click the hyperlink "move it" to move the pages to their appropriate rename. I noticed you neglected to do so for "Azure-Eyed Maiden" and "Storm Dragon Guard", so I did them for you in those cases. --UltimateKuriboh (talk • contribs) 06:59, May 31, 2013 (UTC)

Please give a source for the lore you just gave for the card. Otherwise, it just looks like speculation. Example: The card could require that the Xyz Monster have 2 Xyz Materials. (I have reverted your edits in the meantime. Don't take it too hard; I just want a good source to fall back on for authenticity before establishing that lore.) --UltimateKuriboh (talk • contribs) 07:03, July 28, 2013 (UTC)

Yes, it was pure speculation of an user in a forum. That's why i had wrote "Effect unconfirmed". But it's quite close to the original effect, i guess. At the moment there is unfortunately nothing known about it, except the image i had upload. --TheGallisMan 08:28, July 28, 2013 (UTC)

Please make a habit of stating what your sources are, lest I be forced to revert your edits. In this case, I'm giving you the benefit of the doubt and waiting for you to cite the source on the page. --UltimateKuriboh (talk • contribs) 01:00, August 5, 2013 (UTC)

Sorry, but I had to pull it down. It doesn't seem like a random Thai news site would get an image of the SD before anyone else. It seems like it was just speculation on their part that those monsters would be in the Deck. Plus, I'm unsure of why you changed the rarity contents, when even the Thai site (and the YGOrganization site) specifically said otherwise. However, ummm. The BBS site is currently down at this moment, so it is possible that the Thai site got something from Snake (a notorious YGO news leaker) or something/body there, and the proxy is "real." Again, just looking for something "official" (Snake is considered official) to fall back on. --UltimateKuriboh (talk • contribs) 14:27, August 28, 2013 (UTC)

Yeah, sorry about the rarities. Google Translator sucks! I've checked my sources and found out that there are no Rare cards in this Structure Deck. Ygorganization and others say 3 Ultras and 2 Supers. No Rare cards in it. Ygorganization Did you got better informations? --TheGallisMan 15:30, August 28, 2013 (UTC)

Do you mind divulging where you obtained that pic from (the episode or a website)? I don't remember the pic of the card in the episode being that clear. --UltimateKuriboh (talk • contribs) 19:36, September 9, 2013 (UTC)

Sorry, I don't think that this Wiki is capable of programming that. It'd be more efficient to list them in a section in the Card Tips page. --UltimateKuriboh (talk • contribs) 23:22, September 12, 2013 (UTC)

Hi. This is Fireflea-San, the original artist of the Azure-Eyes picture you took and put the Zexal logo on. You did not ask permission to use my work nor do I allow my work to be reposted outside of dA. You covered my watermark with the Zexal picture so I assume you had no intentions of asking permission.

Please remove my stolen work, otherwise I will be filing a copyright claim with Wikia. Thank you.

First, why you didn't made a new header? Second, what's your problem? I took the picture from the korean KUGATSU Yugioh News (http://kugatsu.exteen.com/). Talk to them, if you have any issues.--TheGallisMan 21:54, April 15, 2014 (UTC)

Retrieved from "https://yugioh.fandom.com/wiki/User_talk:TheGallisMan?oldid=2757063"
Community content is available under CC-BY-SA unless otherwise noted.