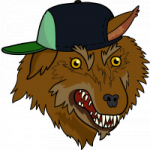 Posting full copyrighted episodes in a public place, without authorisation from the copyright holders is against the law. You liking them is not a sufficient reason to ignore that. By that logic people who like money should be allowed to rob banks. -- Deltaneos (talk) 20:27, 9 July 2009 (UTC)

about the Seal of Orichalcos card

Hey, I added the actual card Lore, set numbers and ratity of the card used by Upperdeck employees (confirmed by Konami employees), but someone keeps deleting it.

Oh, I apologise. I did come down a little hard. I was rushing through a lot of things when I stumbled across that. Impatience isn't something I should take out on other people's work. I thought the trivia was a little too obvious/redundant. If you feel different, please let me know. -- Deltaneos (talk) 22:35, 1 August 2009 (UTC)

As for wondering whether you can/should bother; don't give up. I've done a lot of stuff I'm not proud of when I started out, but I've learnt from my mistakes. I've heard other users confess to doing similar stuff and seen plenty get better as they go along. If you like Yu-Gi-Oh! and want to help out, you should be able to be a part of this site, even there are a couple of bumps at the start. -- Deltaneos (talk) 22:53, 1 August 2009 (UTC)

Please stop moving pages and blanking them, if they need to be deleted just put the delete template on it and leave it at that. --Bluedog (Talk) 21:45, 3 August 2009 (UTC)

sorry i was unaware of that...i was just correcting the grammar of the edit before me lol.....and can SOMETHING PLEASE be done about anonymous edits...isnt there something the admins can do, like require sign-ups before u can edit?Hairball420 01:19, September 14, 2009 (UTC)

p.s. check out my page n my decks...critique them if you like. thanx

Thank you for put the "equal" sign which i have forgotten

Hi Thanonyx. I notice that you're adding cards in characters WC10 Decklists, as you find them. Did you know that it is possible to find the contents of their Deck in one go? You can use "Dark Designator" and pick a card that you know isn't in their Deck. You are then allowed to look through their Deck to confirm that they don't have it (even though it's a video game and it can't cheat). To see the cards in their hand, you can use "Exchange". If you want to see the contents of their "Extra Deck", you can use "Success Probability 0%", if they have less than 2 Fusion Monsters. -- Deltaneos (talk) 01:38, March 2, 2010 (UTC)

Re: Asking for the sake of asking

The most common way is to be familiar with the site, make lots of contributions, not cause much trouble, be able to handle conflicts fairly and have some use for the extra access. There's no formal method of selection. Bureaucrats usually keep an eye on the community, see which users best fit the criteria and give them sysop access. -- Deltaneos (talk) 11:30, May 18, 2010 (UTC)

All his edits have already been deleted. You do not need to ask every administrator, especially those who haven't been active in over a year. -- Deltaneos (talk) 01:01, June 14, 2010 (UTC)

In case you don't know, there's this one Wiki known as the Yu-Gi-Oh! Fan Fiction Wiki, obviously being a place where you can post your own YGO-related fan fictions. I joined that Wiki sometime in early Januray of 2010, but left because of the immense inactivity. Fortunately, after seeing some activity as of June 2010, I've decided to make my return. And guess what? I'm an administrator, meaning I can delete articles that are begging to be deleted, as well as ban other users who are constantly breaking Wiki guidelines, and are begging to be banned!

You don't have to do this, but... would you be so kind as to join the Wiki? Of course, you don't always have to write stories once you join; you can also review others' stories, too! If you join, I'll give you a little welcome, giving you all the information you need to know. ;D

I'm still new to wikia, but if I'm getting this right, you edited Mai Valentine's page after I did, correct? If so I wanted to say thank you, since you helped reword somethings better and everything. :) I'm pretty new to wikia, but I'll continue to do my best to help!

I don't think we can say the Legendary Dragons were Spells based on "Amulet Dragon's" ATK boost. We saw Yugi play 7 of the 8 Spell Cards, but he also used "Rope of Life" and "Graceful Charity". The eighth Spell could have been among the cards he discarded for those. We've also seen the Dragons played in the Monster Card Zone and "Critias" being played when "Spell Canceller" was on the field. -- Deltaneos (talk) 21:37, August 26, 2010 (UTC)

Re: Why do I need permission

Hi Thanonyx! Just wondering, is that a Greek mythology name that references Nyx, the goddess of night, and Thanatos, the god of death? EtherealNothingness (talk • contribs) 22:48, May 28, 2011 (UTC)

This template is supposed to be put in place of episode links. The template generates episode links itself while saving space. It saves places since it contains less characters than those links. However, SMW is currently down, causing the template to act weirdly. It will be OK when SMW is debugged. Just for the record, this template is not the only one which bugs due to SMW. --The Goblin (talk • contribs) 11:48, August 5, 2011 (UTC)

Please stop added TCGish versions. The "lore" parameter should only be used if that card can be used in the TCG, OCG or at least one video game. The actual lores printed in the English manga should suffice for manga cards. We shouldn't speculate on how they'd be worded if they were real. Thanks, Cheesedude (talk • contribs) 17:44, July 25, 2012 (UTC)

When I said "see talk page" I mean read the talk page discussion as to why we were changing the name. The lore of "Evilswarm Bahamut‎" refers to the archetype as "lswarm". Archetype page names are based on what support cards refer to them as. --Golden Key (talk • contribs) 18:37, September 28, 2012 (UTC)

New User and her words

The reason I changed it is because I referred to "duo" as singular in that sentence by saying "This duo is". From what I remember from grammar, you can't refer to the same noun as both singular and plural in the same sentence. I might be wrong though (response appreciated). --UltimateKuriboh (talk • contribs) 23:14, August 1, 2013 (UTC)

See this site. In general, if the verb is being used in a singular sense (i.e. "This duo is"), then all pronouns referring to the subject of the sentence must be used in the singular sense as well. Barring any objections, I'll leave the subject "duo" as a singular, combined entity. --UltimateKuriboh (talk • contribs) 23:59, August 1, 2013 (UTC)

Those "crappy pics" are cards from the latest set, LCJW. Since you messaged me, you don't know about this, but we have a policy of putting up the latest card pics, especially if they have new, different text than from the previous version. The pics are there as proof of the text change, even if they are shoddy in quality. Rest assured, they won't stay shoddy for long; better pics will replace them. --UltimateKuriboh (talk • contribs) 01:03, October 9, 2013 (UTC)

You have been here far too long to think that this is an appropriate way to name files. Please follow the image policy when uploading images. --Golden Key (talk • contribs) 23:22, January 4, 2014 (UTC)

Two things. Please upload your images in .png format (not .jpg), as .png is much more preferred. If you do not, your images will be deleted if a .png version comes along (which I'm about to do). Also, name the files with no spaces or punctuation, and -OW at the end. An example would be DarkWallofWind-OW.png or "Ojama Delta Thunder!!" having its image named OjamaDeltaThunder-OW.png --UltimateKuriboh (talk • contribs) 23:23, January 4, 2014 (UTC)

Retrieved from "https://yugioh.fandom.com/wiki/User_talk:Thanonyx?oldid=2664055"
*Disclosure: Some of the links above are affiliate links, meaning, at no additional cost to you, Fandom will earn a commission if you click through and make a purchase. Community content is available under CC-BY-SA unless otherwise noted.