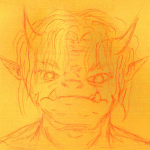 My sincere apologies, I had no idea that it was from experience. I honestly thought that it was because of the lore in Forest. Since I have no way of seeing any German version of it, I assumed that it must be a translation of the English text of the card.PoirotH 15:10, October 31, 2009 (UTC)

Hi, its about your Card Tips edit.

Hello. Next time you edit one of the Card Tips page, can you please categorize them into Advanced and Traditional Format? For more information you can check this Forum thread out. Forum:Tips reformatting.-- HHTurtle  (Talk) 10:32, July 12, 2010 (UTC)

Hey Tersos, I'm Montechristo95. Cool to see another user is translating card names here. You add German lores and card names right? I'm adding the Greek ones. I left you this message because I thought that since both of us are doing the same thing it'd be cool if we were in touch and exchange opinions about the translation policy in the wiki. What do you think? --Monte (talk • contribs) 18:03, July 15, 2010 (UTC)

Well, thank you for your friendly reply. If you have nothing to discuss then yeah it's ok. Besides, the main reason I contacted you was so that we could get to know each other. I believe card names translators should be in touch with each other regardless of the language in which they are translating. Again, it was really nice to know you!

Retrieved from "https://yugioh.fandom.com/wiki/User_talk:Tersos?oldid=1177637"
*Disclosure: Some of the links above are affiliate links, meaning, at no additional cost to you, Fandom will earn a commission if you click through and make a purchase. Community content is available under CC-BY-SA unless otherwise noted.