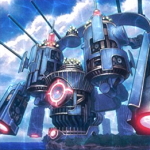 Hey I know your internet isn't at its best right now, but I would still like to see your build for the Blue Eyes deck whenever you can get it up if its not a problem. Kwkws (talk • contribs) 14:01, June 15, 2013 (UTC)

'Sup. It's really been a while, the general wiki forum activity has dwindled, WDC has pretty much closed, and I've even stopped working on Deck Guides.

You can start on whatever Deck Guide is available, or create updated versions of others' Deck Guides. Several of the completed Deck Guides are severely outdated with the new content that has surfaced. Just start from wherever you're comfortable and familiar with. --Gadjiltron (talk • contribs) 03:21, January 24, 2015 (UTC)

It may not be right, but I'll add to this. SM10, you already know that I haven't really been into YGO for like a few months. Honestly thinking of just messing around with casual decks for a while. I miss Raccoon and I really wanted to try Normal Monster Pendulum. --Dark Ace SP (TalkPage) 04:21, February 6, 2015 (UTC)

Re: It's Been a While

Yeah, still not working for me. I've even changed browsers and whatnot. Maybe my ISP? But even then I've reset it quite a bit over the past year to get rid of junk data the router stores. On a side note, we getting my homie Prince. As for a forum, I've been viewing the one at the organization, but I'm slightly afraid since SynjoDeonecros is on it. --Dark Ace SP (TalkPage) 04:04, October 21, 2015 (UTC)

Oh, never mind. I see how it is possible to select someone. I've never bothered with changing the server. I'd love to duel you at some point, but at the moment, I have to go sleep, have classes tomorrow. But is there like a chat feature in YGOPRO? --Dark Ace SP (TalkPage) 04:18, October 21, 2015 (UTC)

Hey, dude. Loved your Burning Abyss deck guide. Any chance you have made more? It really helped to get the grasp on both strategy and deck building, and hands down one of the best of the wikia.

See Speedroid Terrortop and Speedroid Red-Eyed Dice. I also suggest using 1-2 Speedroid Double Yoyo and 1 Speedroid Taketomborg. It's about a 7 card engine at full, but you can cut some bits out here and there. Either way, Black Rose Dragon is still easy to make, and the engine to make it is still splashable. --Dark Ace SP (TalkPage) 20:29, October 30, 2015 (UTC)

I'm kinda itching to try Shaddolls now that Construct is at 0 and El Shaddoll Fusion is at 1. I just read an article from CoreTCG that talks about Instant Fusion Shaddolls with Norden, plus Re-Fusion to bring back Norden. Robert also mentions that Nephe Shaddoll Fusion could be worth a look at for access to the other El Shaddoll Fusions. Granted, he wrote the article when Construct was still around, but it's worth an even closer look now. Also, Hidden Armory, because Re-Fusion and Nephe are Equip Spells. --Dark Ace SP (TalkPage) 15:18, October 31, 2015 (UTC)

I've already noticed the theme, but seeing as there are probably another 2-3 monsters we haven't seen yet. I don't feel like putting together a skeleton. Seem really solid. --Dark Ace SP (TalkPage) 17:05, November 3, 2015 (UTC)

Retrieved from "https://yugioh.fandom.com/wiki/User_talk:Synchro_Maniac10?oldid=3219237"
*Disclosure: Some of the links above are affiliate links, meaning, at no additional cost to you, Fandom will earn a commission if you click through and make a purchase. Community content is available under CC-BY-SA unless otherwise noted.