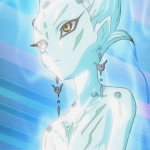 speculation is good, it prepares you for what is or isn't the right answer.

Speculation is against policy. You have been warned. If you continue, you'll be blocked from editing. This wiki exists to document facts, nothing more. Do not insert your own guesses into the article space. Cheesedude (talk • contribs) 14:44, October 30, 2012 (UTC)

As he said, speculation isin't allowed here. We're more then happy to accept what you're saying if you would give proof rather then guesses. If you want to speculate, just put it on your profile. Shardsilver (talk • contribs) 14:51, October 30, 2012 (UTC)

Just wanna tell you that Alit has a Number card, too (you can bet and see in Yu-Gi-Oh! ZEXAL Episode 7 or 8 I guess when he had to duel Yuma) which is an Additional Number card. --Shadowdarkone1 (talk • contribs) 04:34, November 10, 2012 (UTC)shadowdarkone1

Unknown Number Akia Did You Watch Episode 79 I Did,t See a Number in Their Duel But i Only Watched Half of The Duel During The Live Stream Maybe There is a Number and Rio Was Able to Destroy it At The End She Won + She Plays a Ice Deck 9 (ZombieLionel (talk • contribs) 09:19, November 11, 2012 (UTC))

Hey Inmo, thanks for the image uploads. However, please remember that we have an image policy when it comes to naming them. Thanks. --Golden Key (talk • contribs) 16:34, March 8, 2013 (UTC)

Stop adding speculation to the Wiki. You've been warned about this before. Unless you have a source, stop editing the Number C96 page. There's a deletion notice on it for a reason.--YamiWheeler (talk • contribs) 21:59, March 13, 2013 (UTC)

Did Astral or Yuma specifically say in the episode that Utopia Ray V was the "true form" of Utopia? No, they only said "Numeron Force" was the true form of "Limited Barian's Force". Extrapolating that trivia for Utopia Ray V is speculation, and not allowed on this Wikia. --UltimateKuriboh (talk • contribs) 04:52, April 14, 2013 (UTC)

Hey can we duel on the chat bar ?

You changed it on the episode page yourself saying because it was obvious (but without proof), but you then change Number 1's page saying there is proof on the page which you provided no evidence for beyond inferring?!

I DON'T CARE IF IT IS OBVIOUS. I EVEN AGREE WITH YOU. BUT PLEASE DON'T TRY AND MAKE IT LOOK LIKE YOU HAVE PROOF WHEN YOU DON'T HAVE ANY!</rant>

Yeah, please don't do this again. Even if we assume your first edit was correct (which was speculation anyway, so no it wasn't) then we can't use another wiki page as a source. You would want to link us to the source the other wiki page used instead. Anyway, yes, its very likely that is when Number 1 appears. No, we do not know for sure. Ergo, its speculation, meaning we don't add it. I would also note that the episode is after one million other Numbers are released, so he could easily use one of them and have Number 1 as his back-up in the next episode. Cheesedude (talk • contribs) 15:00, September 3, 2013 (UTC)

Agreed. Look at the Shark/Nasch preview deal, those previews turned out to be wrong despite people constantly adding it to pages. I understand how you feel, but please try to be patient and wait until the episode actually airs before we go to a conclusion. Shardsilver (talk • contribs) 15:27, September 3, 2013 (UTC)

Hey I'm curious to know why you changed the Number 101 back to the blank box. It looked better with actually having the Number there instead of it being blank?KasaiWolf (talk • contribs) 12:35, October 6, 2013 (UTC)

Not some much an idiot when I have sources am I

For the second time know, you haven't checked edit history or referenced, whether directly or mentioned to be on another page, and reverted an edit that have been made. Incidentally, both of these edits were made by me, and you proceeded to refer to me as an idiot for making valid SOURCED edits. Do you have some sort of problem or are you just too lazy/think your so much better than everyone that makes you think you can do that? Photonkrios99 (talk • contribs) 22:14, January 9, 2014 (UTC)

Do not abruptly move pages like that again without bringing up a discussion about it on the Talk Page or the forums. Your logic for the move is "because of "Number 15". Well tell me, how does "Number C15" grind stuff? I didn't see it grinding at all. But I did see it shooting out golden disks, so it's more likely to be called "Giant Slicer". But we don't know that. Konami could easily call it "Gimmick Puppet Golden ????" or something.
If you try to rename cards like that again without discussing it first, you'll be blocked. --UltimateKuriboh (talk • contribs) 23:50, November 15, 2013 (UTC)

Gonna reiterate this as you're still naming the files poorly. The cards should be named based on where they came from in the format of CardName-SetID-Language-Rarity-Edition. --MasterMarik (talk • contribs) 22:16, June 26, 2018 (UTC)

Follow the image policy when giving card images names. Also, upload in .png format. If you upload in .jpg format, other people will upload a duplicated .png version, and your image will be deleted. --UltimateKuriboh (talk • contribs) 17:04, May 15, 2014 (UTC)

In the ACTUAL English version of the Manga, when Yuma summons Lightning it is referred top as a Rank-Up not a Shining, I had pointed this out to every one who wanted to see when I added to the page on my first time, correcting your removal of it, and on my second time, some few minutes ago. Your statement of 'just cause shing force has the golden key on it doesnt me its rank up xyz evolution' is ridiculous as it had already been pointed out exactly why it was listed like that. If you do not have access to the manga for some reason, don't mess with the edits of users like me who do and know exactly what were talking about. PhotonLegion95 (talk • contribs) 08:42, May 28, 2014 (UTC)

When uploading cards, use the following format: CardName-SetID (LOB, MRD, etc)-Language(two letters, EN, JP, etc)-Rarity(one or two letters depending on the rarity's name)-Edition (1E or UE, check the card image you're uploading)-Other Properties (proxy, OP, anime card, either EN-Anime or JP-Anime and the name of the anime, ie DM for Duel Monsters, GX for Yu-Gi-Oh Gx, 5D for Yu-Gi-Oh 5Ds, ZX for Yu-Gi-Oh Zexal or VR for Yu-Gi-Oh VRAINS) An example would be: Raigeki-LOB-EN-SR-1E All you had to do was ask how to name files or look at how they're named on other card images. --MasterMarik (talk • contribs) 19:05, December 26, 2018 (UTC)

Retrieved from "https://yugioh.fandom.com/wiki/User_talk:Superlmno?oldid=4024669"
Community content is available under CC-BY-SA unless otherwise noted.