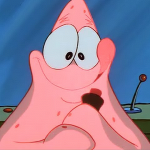 It's okay. Whilst I do not excuse your actions for vandalising my talk page and my userpage, I am willing to decrease your ban so it expires sometime in the next day or two. Next time, if you want to test your connection, just try punching in one full stop (.) as that is less disruptive.
Whether it was just your connection, but I noticed you did not respond to your warning in chat, hence your ban. Just try and rein in your temper next time please. --Spongebob456 (Talk) 19:58, January 8, 2013 (UTC)

At least I managed to talking him out for his behavior. You must thanked Deltaneos and couple of other Admins (which can be viewing in Archived 12) for taught me a hard lesson of being a bad-behaved user. --iFredCat 01:17, January 9, 2013 (UTC)

Helpful Advice from a Veteran

Good job create an article for that mermail dude. So if that monster can be Special Summon by "Last Will", then any "Element Searcher" can summon that monster easily. I added "Mother Grizzly" (WATER Searcher) to your posting Tip Article. I am aware that "Sangan" is universe searcher, but he don't do the job all of the times. --iFredCat 17:22, January 10, 2013 (UTC)

Hey guys, don't forget to check the Searcher page to see what cards can be used to search others. Not only Attribute, but that card can be searched because of its Level ("Summoner Monk") or Type ("Superancient Deepsea King Coelacanth"). --Missign0 (talk • contribs) 16:54, January 11, 2013 (UTC)

I'm sorry, Clock. I won't be doing it at the moment. Please take Golden Key's, Dinoguy's and Delta's advice and leave the situation alone.
You're a very nice guy and it's a shame it came to this. Please be patient and I'm sure the wiki will see what it can work out with you. --Spongebob456 (Talk) 17:03, January 11, 2013 (UTC)
I told you in Delta's talk page, shift your focus on different things rather than addict to the trouble. You're just step further into the banlist as we are speaking. Encourage you to cut it out already and just relax for a month, take break from here, go hanging out with regular friends of your without have this trouble in your mind. If you keep thinking about this trouble, you will become Amy Rose with Ark being Sonic and you chased him to the end of your life. You want that happening to you? If no, then cut it out dammit! --iFredCat 17:06, January 11, 2013 (UTC)

Sorry guys, but I won't be able to ban him as I am having rather bad javascript problems which are preventing me from doing so. These problems are not letting me into the chat or ban/block people. Staff won't be able to fix this until Monday...
Delta may have to deal with this one I'm afraid, sorry. --Spongebob456 (Talk) 08:44, January 19, 2013 (UTC)

What are you talk about, you can't indent it? You can by using colon multiple times. Try to learn a thing or two from Falzar - he's always make habit break up his line and add many indents as he could.
Like this. --iFredCat 11:25, January 19, 2013 (UTC)

Ain't me - if you checked the Delta's talk page, it was other user that irritated the chatroom. In the fact, I never visit the Chatroom myself, and I never willed to go. --iFredCat 11:32, January 19, 2013 (UTC)

Overlinking is something I've thought about fixing before, but unfortunately one link per section it's too complicated to be done automatically. -Falzar FZ- (talk page|useful stuff) 21:03, January 25, 2013 (UTC)

SlurredStaccato With a faggot admin Who can't even spell "people" correctly

Since Royward is current retiring, I would just leave him alone and come to you since you're "part-duty" deck-builder. So would you mind check my recently posting deck recipe and see if you can help improving it. If you can't, no worry - I don't give you a pressure to do it. After all, it only need some refines. --iFredCat 00:20, February 24, 2013 (UTC)

Yea, thank you - and I would suggest you to think ahead. I can't put in Sangan because he will be banning. And dufaq is "Birthright" if I don't run any Normal Monsters? I can get that if you meant for "Call of the Haunted" :-)
Yea, I gave it a try - only disappointment that it don't have a letter for F and C. So I used a dash and K as Dino suggested me the latter. --iFredCat 11:31, February 24, 2013 (UTC)

I've been playing on DN for a while now with the deck. It runs pretty well with the edits we've made. I have yet to include Heavy Storm, but I did sub-out Pot of Greed for Dark Hole. It has proved useful so far, but I haven't really found much use for Spell Absorption. I've thrown in another Dimensional Prison and took out one Magic Cylinder. I was wondering if the norm should be thrown in as most players do run 2 of Bottomless Trap Hole and Dimensional Prison.

I shall keep playing and let you know of other details and edits that I make or will make. The spell-lock is very useful as many players I've played with so far have cursed me for it. I really wish that Sanctuary of the Spellcasters was released so it could be a effect and attack lock.

- Please Hello....sorry if i disturbed you but i'm banned from chat .....and i don't know why ...all what i know is NexusShiker banned my from chat yesterday without reason. So if you can do something about this I'd be thankful MeYaRa slisE (talk • contribs) 17:25, March 20, 2013 (UTC)

Hi, from what I gather -- from doing a little poking around -- you were spamming comments/emoticons and were constantly saying that Number Hunter and NexusShiker were "boring". Previously, you've been asking for personal information from users which really isn't allowed as I've told you previously. I'm afraid, it is not my position to change your ban length as I'm not the one who banned you. It is only for 3 days, so I'd wait for that to expire. Sorry. --Spongebob456 Talk 17:33, March 20, 2013 (UTC)

Thank you for your understanding, but I'm not meyara, I conditions to help her, I just want information about what she was doing because her mental illness very seriously and she was trying to kill herself from month ago. Be smiley (talk • contribs) 12:31, March 29, 2013 (UTC)

MeYaRa slisE has been argumentative again and disrupting the chat room while I was speaking with EskaTheOgre- about Yu-gi-Oh strategies for nationals. Just posting about it here because of no Admins being online at the time.

You're an abusive mod who has let what little authority he has on this site go to his head. Everyone knows what a jerk you are and everyone has always agreed to it. Kid, I'm gonna give you some advice. Either go get a life or go kill yourself, because the one you got now is going to waste. You're paranoid, delusional, and self-obsessed.

You have to acknowledge that the template canadite for deletion with no discussion and users agreeing and disagreeing. We must add another template that best fit it. (Bring it 'em --- User:Avatarr) 17:29, May 17, 2013 (UTC)

Me god of clock!

Bob, please come to chat, Brook is getting trolled and these noobs are trolling other guys and idk...their usernames are User:Number 22 and User:Hozofaloshagis, proof they were here http://prntscr.com/1czu2i --SLAY THE GODS! 18:44, July 1, 2013 (UTC)

Hey, I created the two accounts you banned. The account of Jack292013 was not my account. That was a guy from the same town I'm from that I was messing with. Please un-block his account. He's been a member of this site for awhile and never caused problems. Keep both my accounts banned. I feel very bad about what I got him into.

Hi. Next time, please use one section heading; three is completely unnecessary. I have unbanned the Jack292013 account, but he will be monitored. Be aware of your actions in the future, cheers. --Spongebob456 talk 16:02, July 28, 2013 (UTC)

Hey. I have news about Dustons. There are 7 Monsters. House Duston, Green Duston, Red Duston, Blue Duston, Yellow Duston, White Duston, and the newest, Starduston. Please Message me if you get any news on Sacred Beasts.--Constellar28 (talk • contribs) 18:20, June 18, 2014 (UTC)

Hey Lava! Yeah it has been a while. How're you doing? I mostly edit over at the SpongeBob Wiki now and mod on Community Central. I still play Yu-Gi-Oh! from time to time but with the new format coming I've lost a bit of interest to be honest. Hope you're well too! :) --Spongebob456 talk 15:20, May 12, 2017 (UTC)

You still keep in touch with anyone from the old chat? I've been feeling sentimental lately and I really miss everybody XD lol. --LavaTheGolem (talk • contribs) 03:49, May 13, 2017 (UTC)

I'm pretty sure NH hated everyone lol. Strangely enough I miss him the most, and I have no way to contact him unfortunately. Just thought I'd see whats up. I'll see ya around buddy. LavaTheGolem (talk • contribs) 20:46, May 13, 2017 (UTC)

Retrieved from "https://yugioh.fandom.com/wiki/User_talk:Spongebob456?oldid=4065076"
*Disclosure: Some of the links above are affiliate links, meaning, at no additional cost to you, Fandom will earn a commission if you click through and make a purchase. Community content is available under CC-BY-SA unless otherwise noted.