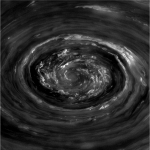 You can go to your preferences and set the "Preferred editor" to "Source editor". This will facilitate it for you. Try to avoid __STATICREDIRECT__, please. Thanks; any problem you may have, feel free to contact me. Becasita Pendulum (talk • contribs) 23:29, December 23, 2016 (UTC)

Hello there. Why did you create the Reprint galleries? Please don't create anymore for now. We are still considering how to display them. You should have started a discussion on the forum first, since it's a big change on how we handle stuff. We probably will simply integrate them on the already existent galleries, just like in here. Becasita Pendulum (talk • contribs) 12:23, January 5, 2017 (UTC)

You can rather easily find out which cards are supposed to be in and are missing from card galleries by checking which Set Card Galleries are linking to the Main article. Having the cards in the same gallery I cannot tell there are different versions and or reprints. So for the large amount of distinguishable reprints in LOB I created the seperate gallery in order to allow to determine whether there is a reprint on this occasion at first glance. A compromise would be to move such extra prints to "-Reprint" galleries like the two I created, and possibly also for example The Ultimate/Ghost Rares here (Is there a way to anchor links to those sections? I currently don't see one.) to "-UtR-" and "-GR-". Those could then be included to the main Galleries with {{Set_Card_Galleries:Legend_of_Blue_Eyes_White_Dragon_(TCG-NA-UE-Reprint)}} like I did in my sandbox. There might also be some way using smw or the file names to assemble the Card Gallies automatically, but I don't know enough about that to create a mock-up for this. --Soulblydd (talk • contribs) 07:37, January 6, 2017 (UTC)

That's a good argument. The same argument could be used to justify the creation of galleries containing the cards with more than one rarity (e.g., Set Card Galleries:The Lost Millennium (TCG-EN-UE-Ultimate)). Personally, I prefer keeping the cards of the same set, under the same gallery; I don't think we need to go to the extreme of splitting everything under new galleries.
Also, you pointed those were the Legendary Collection reprints, which might not be entirely true. I don't know of any guarantees that the set was only reprinted with the Legendary Collection.
There is a way to anchor those sections without creating a section. We are not going to bother with that for now. The galleries need a revamp and I've been working on that for some months now. I already made templates to support the set galleries, but there are some unsupported niche cases yet (and the template is made according to the way the galleries are at the moment). We are not going to rely that much in SMW, since SMW can't be trusted. Becasita Pendulum (talk • contribs) 12:52, January 6, 2017 (UTC)

With the compromise I proposed, the use case wouldn't change. The maintenance however would be split across a few pages. Likely too many pages, as you concerned, when special rarities are split from each language and edition type. Even if Ultimate, Ghost and whatnot Rare were to be clustered on one page.
I understand your point about the Legendary Collection reprint matter. If we knew production frames for the sets... The remark about being unable to anchor sectors in Card Galleries was just a side point and isn't too important for me. --Soulblydd (talk • contribs) 13:20, January 6, 2017 (UTC)

Please try to create the set galleries/lists according to this format. For examples of lists/galleries using this format, please check the ones at Duelist Alliance. Becasita Pendulum (talk • contribs) 15:05, January 28, 2017 (UTC)

Retrieved from "https://yugioh.fandom.com/wiki/User_talk:Soulblydd?oldid=3690317"
*Disclosure: Some of the links above are affiliate links, meaning, at no additional cost to you, Fandom will earn a commission if you click through and make a purchase. Community content is available under CC-BY-SA unless otherwise noted.