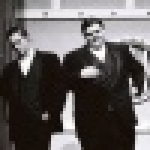 What number basis? Look, it has already been discussed in the past by admins that the trivia points about Numbers are getting way off-hand. Some people used multiple mathematical operations to connect Trey, Quattro, and Quinton to their numbers. Also, we don't note if another card is similar to another unless it was done on purpose. The 2 Pegasus were not done on purpose; they are just both based on a pegasus, which is irrelevant to note. 31.11.101.253 (talk) 17:51, April 21, 2013 (UTC)

Well, that's precisely why. It has to be completely obvious for it to count as trivia. Galaxy-Eyes Photon Dragon is obviously based on Blue-Eyes White Dragon, and that's why that trivia point is there. Sky Pegasus is in no way related to Sapphire Pegasus, except that they're both pegasuses and have the same ATK. That's insufficient for them to be related. 31.11.101.253 (talk) 17:59, April 21, 2013 (UTC)

Retrieved from "https://yugioh.fandom.com/wiki/User_talk:Rocket.knight.777?oldid=2422117"
*Disclosure: Some of the links above are affiliate links, meaning, at no additional cost to you, Fandom will earn a commission if you click through and make a purchase. Community content is available under CC-BY-SA unless otherwise noted.