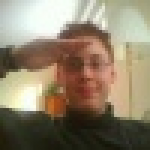 A threat in real life is anything that poses a danger. A threat in the Yu-Gi-Oh! card game is anything that poses a danger in the Yu-Gi-Oh! card game. That's incredibally fundamental and doesn't need a page. You seem to think in Yu-Gi-Oh! a treat is only when a player can't play a card without it putting them at some disadvantage due to a card the opponent has. Why would that be the only thing in Yu-Gi-Oh! considered a "threat"? -- Deltaneos (talk) 00:14, 17 May 2009 (UTC)

The appearances page already covers who uses the cards. I guess including it on the card article too would be alright if there's any demand for it.

You are right that the search function here is pretty bad. I really thought we were getting an extra feature back in April that would say "Did you mean: something", if you misspelled it, but turns out we didn't.

Unfortunately I can't fix that problem. However you can still use Google. Just include site:yugioh.wikia.com along with whatever term you are looking for in your search. It will offer you better spellings and suggestions and only get results from yugioh.wikia.com. -- Deltaneos (talk) 23:02, 27 May 2009 (UTC)

Please do not embed videos in articles, as it's a copyright violation. TAS videos are fine, as LK has given permission, but anything from the main series should not be embedded. Thanks. Cheesedude 00:49, April 11, 2010 (UTC)

A few suggestions when you edit the featured Duels page. When a monster's ATK, DEF, or Level is changed outside of the point where it is summoned, do not remove the colon. Also refer Yami Yugi as Yami Yugi (not simply Yami) in the pages (This was something Cheesedude made a note on to me and I have been following this ever since).Cardsknower (talk • contribs) 02:52, February 12, 2015 (UTC)

Using "Yami Yugi" as opposed to "Yami" doesn't really matter all that much, except "Yami" is slightly shorter. Besides, no one in the anime calls him "Yami Yugi"; "Yami" is as close as it gets. As for the colons, featured Duels in recent episodes pages, like the ARC-V episodes, do not use them. I'm simply bringing the older pages more in line with the newer pages in that sense. RedDrgn (talk • contribs) 03:59, February 12, 2015 (UTC)

Very well. But if we do use the colons, I still say we should use them consistently, in which case the newer episode pages should use them too. Also, should we use them for LP changes as well as monster stats? RedDrgn (talk • contribs) 05:16, February 12, 2015 (UTC)

Yeah, it should be consistent. Its just not something very high on my list of priorites right now. If you, or Cards or anyone else wants to to do that, feel free. And yes, may as well put them in for LP changes too. Cheesedude (talk • contribs) 05:32, February 12, 2015 (UTC)

I've also noticed how when multiple monsters' stats change, in the episodes I'm currently editing, they're separated by semicolons (e.g. episodes 7 and 11). In the newer episodes, I'm pretty sure all monsters are kept in separate sets of parentheses instead of using semicolons. Which would be preferred here? RedDrgn (talk • contribs) 06:05, February 12, 2015 (UTC)

I noticed that you've been working on templates for use in listing episodes. While we appreciate the time taken to work on such a system, you're impacting the functionality of the website (most notably because of incomplete coding). As of now, your edits will be reverted, and the tables will be turned back to their original forms. You are free to copy across the code from the previous revisions to use on pages within your user-space. This is so you can edit in a sandbox, free of the problem of impacting live pages on the Wiki.--TwoTailedFox (talk) 23:17, February 12, 2015 (UTC)

I apologize. I was going to fix the errors I was causing as soon as possible, but then I had an appointment which took a long time. I'll work myself into a habit of using a sandbox to test my changes. RedDrgn (talk • contribs) 02:52, February 13, 2015 (UTC)

I have copied the faulty templates into my sandbox, fixed and tested them. I can now confirm that they work properly. RedDrgn (talk • contribs) 04:43, February 13, 2015 (UTC)

There's no need to upload similar images with new names when you can simply upload over an already-existing file. Please do so for File:Serena.png. --UltimateKuriboh (talk • contribs) 07:21, February 17, 2015 (UTC)

Please stop creating templates that consist solely of a link. The benefit such templates offer is insignificant in comparison to the overhead they add on the server side. 「ディノ奴千？！」? · ☎ Dinoguy1000 22:29, February 18, 2015 (UTC)

That's not exactly the point of {{Turn}}. Sure, in one sense it provides nothing more than a convenient formatted expression of an unknown turn, but if the turn number is known, the main purpose is to use its built-in turn counter to advance the turn by 1 every time it is used. I got the idea from your "one-link-only" code for {{Monster}}. RedDrgn (talk • contribs) 21:00, March 1, 2015 (UTC)

That still isn't something that necessitates a template. I was aware of the turn count functionality when I posted, that doesn't change the situation in this case. 「ディノ奴千？！」? · ☎ Dinoguy1000 00:23, March 2, 2015 (UTC)

Why would we not link to the anime card pages when they've been mad?. It makes no sense whatsoever to link the Featured card sections to the real card pages. The real game stuff and the anime stuff are being divided up and treated separately. Cheesedude (talk • contribs) 00:12, March 5, 2015 (UTC)

We can link to the anime card pages in the Summary and Featured Duels sections; {{Monster}} does that by default. In my mind, "featured cards", when relating to real cards, means that these are the real cards, whose anime/manga versions are shown. In other words, if the cards we see in the anime/manga also exist in the real world, those are the cards that are "featured". This way, we can bridge the gap between anime/manga episodes/chapters and reality within the episode/chapter pages. RedDrgn (talk • contribs) 00:25, March 5, 2015 (UTC)

"When relating to real cards". Why would we relate them to real cards in anime articles? The gap should be bridged enough by the card links at the top of each anime card page pointing to the real card page when there is one. Cheesedude (talk • contribs) 00:43, March 5, 2015 (UTC)

It would be nice if this could be changed to link things by default "once per article per section" instead of "once per article". If this isn't possible, please make clear how "resetting" it works on the template page. Thanks. Cheesedude (talk • contribs) 01:20, March 28, 2015 (UTC)

The monster link record the template uses is a variable set in the template, so I doubt it's possible to configure it to automatically reset between sections. I have, however, added some new code to the template and some new documentation on resetting the record. RedDrgn (talk • contribs) 21:47, April 3, 2015 (UTC)

This template needs to work for 3d Bonds Beyond Time in the same way it works for the episodes starting with 5D's episode 65. Additionally when I try to put the template with "Dark Magician", it showed it as Level 6 instead of Level 7 on the 3d bonds beyond time page (its correct level was shown when I input it in a 5d's episode). Can you fix this error please?Cardsknower (talk • contribs) 21:23, April 3, 2015 (UTC)

Please do not add effect-based comparisons to other cards as trivia, unless the artwork and name heavily imply that the card itself is an intentional reference to another card. --UltimateKuriboh (talk • contribs) 15:49, September 1, 2015 (UTC)

Template:Tooltip is for TCG and OCG cards, while Template:TooltipA is for anime cards. Those are the only two so far for proper use.--TwoTailedFox (talk) 09:37, January 25, 2016 (UTC)

Retrieved from "https://yugioh.fandom.com/wiki/User_talk:RedDrgn?oldid=3285345"
*Disclosure: Some of the links above are affiliate links, meaning, at no additional cost to you, Fandom will earn a commission if you click through and make a purchase. Community content is available under CC-BY-SA unless otherwise noted.