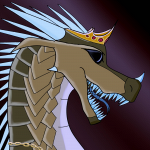 Hi and welcome to the Yu-Gi-Oh! wiki! Thank you for your edit to the Duelist Saga page.

I am writing to you because I'm concerned about the Tour Guide From the Underworld in the Duelist Saga article doesn't have the Effect Monster in the category section of the article please can you put it in, so it can make sense.

The reason why I re-added the "except the Damage Step" part to Zarc's page is because the OCG rulings of Droll & Lock Bird state that its effect can't be used during the Damage Step. The same thing applies to Dark Law, even if its OCG text doesn't outright state the Damage Step. While the Ghost Girls' effects are Quick Effects, their effects don't negate anything. See Damage Step#Cards and effects that can be activated for more information on this. ChaosGallade (talk • contribs) 17:13, March 29, 2017 (UTC)

The unofficial English lores in this wiki are meant to reconstruct how the card would be printed in TCG territories, going with the rulings we have. ChaosGallade (talk • contribs) 17:39, March 29, 2017 (UTC)

I know that. I'm an alternate account of User:Lady Blue due to issues with unable to being unable to change my password after I was automatically logged out following my computer crashing earlier in the week. Not wanting to waste time trying to remember my password or contact Wikia Staff to have them manually change my password again, I just created a new account. So it's not like I haven't been here before. It was just less of a hassle just to create a new account rather than have my other account's password manually changed by the wiki staff again. (I wanted a different username anyway and I've already had it changed once on the other account so I probably couldn't have it done again.)
Anyway, I was just changing the unofficial lore to make it more accurate, based on Droll & Lock Bird and the Yo-kai Girl cards we have in the TCG. (Since Google Translator is not reliable with translation Japanese text for some reason, based on my previous experiences with the website.)--Saffira, Queen of Dragons (talk • contribs) 17:43, March 29, 2017 (UTC)

X-Metaman and Lightning Laxus reverted your second edit (the reversion of mine). Go talk to either of them on why. Laxus also did say that Zarc's effect is closer to Dark Law's than the Ghost Girls' and Droll/Lock's. ChaosGallade (talk • contribs) 17:49, March 29, 2017 (UTC)

I'm trying to come up with a darkened version of Joey Wheeler's Deck(Red-Eyes Darkness Dragon/Cyberdarks with Luck-Based cards). But no matter what happens, I can't come up with good cards for it. Since the Cyberdarks were referred to as an "Underworld Deck", I plan on ALSO using cards with a demonic or torturous connotation (Diabolos, King of The Abyss, Ectoplasmer, Nightmare Wheel, etc). Can you think of any cards I can add? RedEyesBurn69 (talk • contribs) 00:58, April 18, 2017 (UTC)

Next time there's a PSCT change and you see it all over the wikia, instead of undoing everything which took me well over an HOUR to do, ask it in the Forums or 1 of the editor's Talk Pages on why this change is happening. I do not like having to redo the PSCT for all of those cards. Lightning Laxus (talk • contribs) 17:51, May 17, 2017 (UTC)

Yes, these PSCT-related edits of yours are getting really annoying. Just a random figure out of my head, but I'd say we end up reverting 3 out every 4 edits you do when it comes to PSCT. --UltimateKuriboh (talk • contribs) 17:56, May 17, 2017 (UTC)

Again... It may be cropped from the OCG twitter or some other source, but it is not official. The artwork has been digitally edited to remove its blurriness or brighten/darken certain colors. If you compare with coloring/shading details with an official proxy artwork, you can see the difference. Stop encouraging unofficial artworks. --UltimateKuriboh (talk • contribs) 17:11, August 16, 2017 (UTC)

It is both of them that is rumoured. Not just the one. The site linked is a blog documenting them. And nowhere in the linked post does it say that only one is a rumour. It doesn't even specify which the rumour part references to, so saying that it is only one is completely wrong. If you're going to post crap like read more clearly, then perhaps you need to start doing the same. Especially when it's coming from a source like IYGO, who have actively lied in the past.

Besides, Saffira/Lady Blue, I had told you they are not a legitimate source (unless there's something material to prove it). If you keep adding content based solely on their lists, you might get blocked for recurring addition of false information. You've been told; don't, please. Becasita Pendulum (talk • contribs) 12:56, September 9, 2017 (UTC)

Hey Blue, sorry for being gone for awhile. Highly recommend for you to get Discord, then we could communicate with ease. As for dueling and such, still having problems with YGOPro on Mac; although I still deck build and such.--Bing445 (talk • contribs) 18:52, September 25, 2017 (UTC)

Okay. Though could you come onto the SAS wiki's chat for a minute so you can establish where on Discord we can talk?--Saffira, Queen of Dragons (talk • contribs) 19:11, September 25, 2017 (UTC)

I saw your private message on the chat about you hoping the message(s) sent, but if you sent your Discord information that message didn't appear. You may have to come onto the SAS wiki's chat again this morning to send it again.--Saffira, Queen of Dragons (talk • contribs) 11:53, September 26, 2017 (UTC)

Did you check the Japanese version of the movie, to confirm he had MST when he was checking his cards? A screencap (uploaded to imgur) would be nice to see. --UltimateKuriboh (talk • contribs) 22:50, November 12, 2017 (UTC)

I've only seen the English version of the movie, so I was basing it on that. I don't know Japanese so I don't watch movies in a foreign language whether it has subtitles or not, unless I have to like with the later episodes of 5D's and ARC-V. He had MST in his deck in the scene in question in the English dub of The Dark Side of Dimensions. (And I don't have any means of seeing the Japanese version of the movie unfortunately.)--Saffira, Queen of Dragons (talk • contribs) 23:43, November 12, 2017 (UTC)

Don't get snippy with me because you want to add speculation boyo. It isn't the first time you've added unconfirmed information, and the last time, going by your talk page, you were told to stop by an admin. So just don't. Unless you can confirm it, it doesn't get added. Discussion done. PhotonLegion95 (talk • contribs) 02:28, December 7, 2017 (UTC)

Special:Diff/3904421.
Saffira, I don't care if your reasoning/speculation was (or will be) right or wrong. Don't add something just because you think it's going to be it. Next time, you might get blocked. This has happened multiple times and you were told multiple times not to add speculation. Again, don't be hasty. Wait. Becasita Pendulum (talk • contribs) 11:31, December 7, 2017 (UTC)

Hey. Since you edit often, maybe this interests you: Forum:Proposal to Fork to Yugipedia. It's official now. Becasita Pendulum (talk • contribs) 00:13, January 24, 2018 (UTC)

Adding Cards to the Wikia

Hi. You might have noticed that I and many other power users who used to add and update cards on this site have suddenly gone . . . missing. Most of us have moved to Yugipedia. Now, I'm not saying you should join us (and I'm also not saying you shouldn't join us), but if you are going to stay here and add cards to the Wikia, here are a few tips.

P.S. Yugipedia is also in need of some help. Newer cards like this one are often left unfinished. You don't have to leave the Wikia, but it would be great if you can offer us some support too! Lightning Laxus (talk • contribs) 15:31, March 13, 2018 (UTC)

Retrieved from "https://yugioh.fandom.com/wiki/User_talk:Queen_Samarra?oldid=4277498"
*Disclosure: Some of the links above are affiliate links, meaning, at no additional cost to you, Fandom will earn a commission if you click through and make a purchase. Community content is available under CC-BY-SA unless otherwise noted.