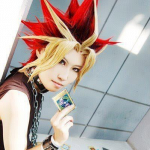 Please put your suggestions for my decks on this page. Also you can leave a question about my decks then I'll try my best to answer them. If there's anything you need to ask or talk to me about, you can leave a message for me here. Also please put your username at the end of what you put on and make a title for each of your posts by using ==(Your title here) ==. If you're trying to contact me and you're on DN, put your DN username here and I'll pm you when I'm next on.

Very good descriptions. Don't forget I have beaten your lightsworn deck before. And just to warn you my crystal beast deck will be making a triumphant return to beat it. It might take a while.

You only beat it because I got a deck out so in theory you didn't beat me. My deck did. By destroying itself.

I think you had a few allies of justice in your deck so you could try and build those up to help support them. You might be able to seperate your deck if you got a few more meklord cards. Or make an Ally of Justice deck.

Ok here it is:

hey dude just checked profile what would be a good gravekeeper deck list & mate said that temple of the kings counts as a field spell is that true & do you have any red eyes or blue eyes support cards i got lord of d. is that a good protection for them its dark magic king

Here is the tagathon link

Hey! The Schedule and Bracket are in! Go Here:http://yugiohcs.wikia.com/wiki/Yu-Gi-Oh!_Tag-A-Thon#Schedule: for more info

Power, this is Domon. Train as hard as you can for the Tag-a-Thon. If we beat Sai and Hollow, we'll be facing BAM and Ganon in the semifinals.

Just a thought: have you tried adding Ultimate Offering to your 'Ojama-Quasar' deck? It is in my deck and it works well.

Use this Wiki to help with your signature: http://runescape.wikia.com/wiki/Help:Customising_your_signature

hey Powerup123 just thought id let you know i forgot i had told EmperorBrian that i would join my friend EMFs team so i cant join yours my team is Team SuperConductor they are part of Clan Ouroboros along with Team Pop Flying its me Prince of Games 99.12.76.202 (talk) 03:59, June 25, 2012 (UTC)

Making my own team. :D

Helping you with your Infernity deck

Hey Power Ranger :3 I seen your Infernity deck and it is just awful! XD Just kidding, just kidding, but I just wanted to tell you Full Salvo is really bad, I tried it and it was useless, also DAD and Gorz is an awful topdeck, if you want some help PM me, as I do play Infernitys at times. Hope this helps. Jack Kelly1567 (talk • contribs) 20:46, October 8, 2012 (UTC)

RE: Joining my team

Retrieved from "https://yugioh.fandom.com/wiki/User_talk:Powerup123?oldid=2258947"
*Disclosure: Some of the links above are affiliate links, meaning, at no additional cost to you, Fandom will earn a commission if you click through and make a purchase. Community content is available under CC-BY-SA unless otherwise noted.