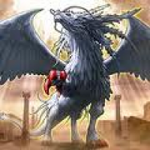 If you're asking a question in Discussion Article, like this article - that's wrong idea to asking, it's actually better place to ask is at Forum, I moved and created an article for you to respond on - as seen in here.

So in future, if you're ask a question, go to Forum instead of Discussion article. Those are for improving the article, like a wrong notes, something that is not such to be there and edit conflict/edit warring prevent, etc. --iFredCat 15:28, August 31, 2012 (UTC)

Just wanted to say you did a pretty good job with the summary. In the future please try to follow Yu-Gi-Oh!:Manual of style while writing prose. Also, can I ask if you used the dubbed version dialogue for the summary? Generally, we try to use the Japanese version, with dubbed information in parenthesis, even though we do use the dub names. Cheesedude (talk • contribs) 00:54, September 5, 2012 (UTC)

This errata is the last recent errata, you can read the ruling of XYZ-Dragon Cannon and its last errata, it's prove that this errata apply also on "YZ-Tank Dragon", "XY-Dragon Cannon", and "XZ-Tank Cannon". And btw, some cards have errata even they didn't have any new print, you can look for that here. --Dlamash (talk • contribs) 19:18, January 4, 2013 (UTC)

Hey Power, feels weird calling someone else Power xD. My friend Spongebob told me about you. I've got to duel you sometime! I've had a look at your profile and you seem similar to me. Are you on DN by any chance?

Basically, rollback is just a one-click undo. Generally, you should only use it in cases of obvious vandalism (Clock God's recent edits are a prime example of this).
Just one comment, though; please take note of Spongebob456's comment on my talk page: when you revert vandalism, you want to use neutral edit summaries. While in plenty of cases, the vandal will never actually see your revert summary, there are just as many where they will, and getting a reaction out of you by way of an incensed edit summary only encourages them in the long run. If you're at a loss for what to say, then, the best policy is to say nothing: just use something like "revert", "reverting vandalism", "rv", etc. =) 「ディノ奴千？！」? · ☎ Dinoguy1000 19:58, January 28, 2013 (UTC)

Hey Power, thanks for improving ZEXAL 48's summary. When picking images, though, could you maybe use RAWs as opposed to Vortex images? The TVTokyo watermark is smaller and thus much less intrusive than Vortex's. Also, try to get slightly more "exciting" images that capture events. Pictures of Yuma looking down or of Astral that's so bright you can't really make anything out aren't really as great as things like a shot of his friends saving his life or this. --Golden Key (talk • contribs) 14:44, February 14, 2013 (UTC)

I apologize for not making the images interesting Golden Key. It is my first time using more than one or two images on a single episode summary.--Power32840 (talk • contribs) 16:06, February 14, 2013 (UTC)

Just a suggestion, not a reprimand or anything. Some of your images where very good asside from the huge Vortex watermark, as was your summary. :) --Golden Key (talk • contribs) 17:41, February 14, 2013 (UTC)

As of now, not exactly but there is a sneak peak of the English dub available. If your wondering about the names, seeing the names on the German, Italian and French versions and the names used in the sneak peak of the English dub, the names are confirmed. Frederick and Tate are the official names for the dub. The links I found are from the Twitch Livescreen for the North American WCQ 2015 with the first two dubbed episodes:

Retrieved from "https://yugioh.fandom.com/wiki/User_talk:Power32840?oldid=3125699"
*Disclosure: Some of the links above are affiliate links, meaning, at no additional cost to you, Fandom will earn a commission if you click through and make a purchase. Community content is available under CC-BY-SA unless otherwise noted.