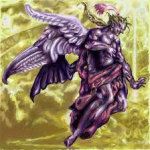 Psychid Welcomes YOU to the Yu-Gi-Oh! Wiki!

Salutations! My name's Psychid, and I'm kind of old here on this very Wiki (old enough to get familiar with most of its rules and regulations, at the least). In case you're wondering how I found you, I noticed your username in the "Recent Activity" section; thus, I have decided to check you out. However, I see that you have joined this Wiki about a year ago, yet you haven't received an official welcome as of yet! In that case, let me be the first to welcome you to the official Yu-Gi-Oh! Wiki!

The purpose of this very message is to inform you about the things you can do on this Wiki, besides editing mainspace articles (i.e. Jaden Yuki, Yubel, Neos Wiseman, etc.). One of such things includes editing your own userpage! By that, I mean include some information about yourself (i.e. your age, your gender, your location, etc.), just so the rest of us users can get an idea of the kind of person you really are. ;D

Another thing you can do on this Wiki is talk to other users (not much of a surprise there, if you ask me). To do so, simply go to another user's talk page, type in your message, and presto! You, my friend, have officially mastered the art of messaging other users!

However, when doing this very activity, it is highly suggested that you:

You asked: "Would it work if we tried to use Ring of Defense with this card?"

Answer: Ring of Defense can only be used against a card that inflicts damage. Self-Destruct Button says "Both player's Life Points become 0." This is not 'Damage'. -Falzar FZ- (talk page|useful stuff) 09:24, October 16, 2010 (UTC)

You wanna know why Crush Card Virus and Imperial Orders are banning currently?

Certain, I can answer that to you here; Crush Card Virus is overpower that can delete your opponent's hands of 1500 or higher ATK monster easily with many 1000 or lower ATK monster you happening to control, such as Spirit Reaper, Sangan, etc. So you could do the directly attack quickly before your Crush Card's effect faded.

For Imperial Orders, I would agree with ya that it's balance, but be sure to remember that it could last for one turn, like you activate it during your opponent's turn, or more specify, Standby Phase, then let it fade off by time your turn arrive, as you don't pay it price. It's easily to cheat off your opponent if you done that way.

You're welcome, but please be sure to remember to sign ~~~~ on each Forum and Talk Page you come over if you wanna respond to them or create new topic there. It will be easily to help them to know who that respond was from.
So if you wanna know more about those forbidden cards and their reasons of being forbidden, just ask me away, either here or on my Talk Page and I will answer whatever I know. --FredCat Ta.P. • F.P. • J.R. • W.S. • Th.P. 14:20, October 16, 2010 (UTC)

If you wanna know how to put in a custom signature like I have? Then create a page, like yugioh.wikia.com/wiki/User:Novafan365/signature, then you can put them together to make your own. I know it's little hard to fixing that way, but just be sure to take a look at my signature before go ahead to create it. Then to place it in your real name, try go this and place the link to your signature, like one I showed you above, only need to place the following; {{subst:User:Novafan365/signature}} and be sure to have "Custom Signature" turn on, so it can automatic replace anything you used to have. --FredCat Ta.P. • F.P. • J.R. • W.S. • Th.P. 12:02, October 24, 2010 (UTC)

If you referring to extra page like I have one? I have tutor for you to learn how. But it don't have an example of how to make one, it have similar way to doing that. So for one you wish to have a place for your deck; Nova's Decks, just click that red link (which will give you new enter) then feel free post anything you want that is relate to Deck recipe. It would be easily if you study the way I post.

I had seen your nice scrap deck. its great but i've a suggestion for you ;)

you play in your deck axe of fools, it is a nice card but insted i would play Forbidden chalice couse if your opponent would activate the effect of a stardust dragon(SD) to negate your effects of scrap dragon or any card which would destroy cards you could chain your chalice. this would be much more comfortable with than your axe which you couldn't chain to ohter cards ;)

i hope i can help you a little bit ;)

Hey, guys. So I know I haven't been making many changes to my own profile, but I have been making changes where I can, big or small. Anyway, about the deck lists on my page. Forget those, except the Scrap one. They're cancelled ideas for decks. I will have two decks from here on out: The Scrap one and a new Steelswarm deck that's based around summoning high power DARK Fiends like Archfiend Empress and Steelswarm Hercules. Well, that's all I've got to say, so in case I don't see you again (for a while anyway) good afternoon, good evening, and good night. --Novafan365, master of scrap (talk • contribs) 18:22, December 3, 2011 (UTC)

No, not all news are in one paragraph... BrittanySpears got me banned because she kept nagging on me ever after I told her to back off - I was under the stressful after some bunch of duels. Then she report me for curse at her... --FredCat 11:44, April 1, 2012 (UTC)

Hello, Novafan365. You have new messages at FredCat100's talk page.
You can remove this notice at any time by removing the {{Talkback}} or {{Tb}} template.

Retrieved from "https://yugioh.fandom.com/wiki/User_talk:Novafan365?oldid=2328155"
*Disclosure: Some of the links above are affiliate links, meaning, at no additional cost to you, Fandom will earn a commission if you click through and make a purchase. Community content is available under CC-BY-SA unless otherwise noted.