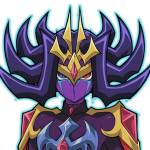 The guy was pandering to an audience. I apologize for not responding earlier. In the future, replying on Forum:Admin noticeboard after 3 undos by both users (6 undos overall) is the rule of thumb for things like this. --UltimateKuriboh (talk • contribs) 04:09, August 5, 2013 (UTC)

"Episode descriptions aside, we have not seen this for ourselves." -Uhh okay..? What is wrong with the Episode descriptions? seriously?! and as far as they go I haven't made any assumptions - although technically that each Barian Emperor has a Over-Hundred Number and a Legendary Number connected to them hasn't been explicitly stated... So I will also concede to that but it clearly states that Shark is Nasch. What is wrong with the previews? - I mean can we delete all the pages that haven't been officially dubbed as those of us that don't know Japanese have't heard everything in them!??? --slave(command) 23:45, August 6, 2013 (UTC)

Episode descriptions have been wrong before! We need to see the relationship between Shark and Nasch in the episode before we immediately make changes like that. We do not have all the info we need yet. Plus, there are still many questions about them that have not yet been answered. NMBRHNTR64 (talk • contribs) 00:12, August 7, 2013 (UTC)

no, thank you, and sorry :( Although unrelated to shark/nasch etc, but something as far as accuracy: Number C39: Utopia Ray Neo - I don't think it has been confirmed anywhere that is is Chaos Xyz/Chaos Number..? :s I don't know how to properly request for the page to be moved or what? :s Once again sorry; and I don't mean to create more work but just figured you would have a better idea here. :) --slave(command) 00:41, August 7, 2013 (UTC)

No problem! :) To be truthful, I am not sure that page should even exist, despite the fact that he is in the episode title, but there not much arguing with an episode title. I agree that it may not even be a Number C but if I were you, for the time being, I would just wait for a response on its Talk page. If no response for a while, I would then talk to an Admin about it, but I am going to try to not get involved in a possible edit-war on that one. If nessesary though, I will back you up on it. NMBRHNTR64 (talk • contribs) 00:55, August 7, 2013 (UTC)

Coolios, I just copy pasted that message in to the you guys walls without looking who XD, I just clicked on the talk pages from the history XD ...IMHO you should have gone to the mods earlier ...like you did with me ;) XD lol --slave(command) 10:59, October 1, 2013 (UTC)

This is a reminder to not edit-war. If you do something like this again, you will be blocked as a reminder not to do so. The fact that you gave up on trying to explain your revert means that your "reverting" was no longer justified, and you were playing a childish game with the other user. Even so, if you revert back and forth for about 3 times, just report it at Forum:Admin noticeboard and stop edit warring. --UltimateKuriboh (talk • contribs) 17:52, October 5, 2013 (UTC)

Alright, alright, my bad. Some people just don't listen and that ticks me off. But, I will try not to handle things like that again. Thanks for the warning. NMBRHNTR64 (talk • contribs) 17:55, October 5, 2013 (UTC)

Would you please stop assuming that contents of pages are speculation?? Because that itself is a speculation.. thx Dark Soul Taker (talk • contribs) 20:51, November 8, 2013 (UTC)

Honestly, I'm not even sure what your arguing

Please. Here's a quick look at a few different peoples lives:
A) Human-past-life-Merag/Nasch
B) Barian-past-life-Merag/Nasch
C) Original-Rio/Reginald (before car crash)
D) Amnesiac-barian-soul-Rio/Reginald (after car crash)
E) Barian-Nasch/Merag
Which of these do you want on separate pages, or together? --slave(command•works) 05:56, November 28, 2013 (UTC)

Tell me, what do YOU think justifies a legit source? Theres many sources out there, sources most of us have probably never heard of. And chances are, those sources could be even more legit than the ones we have now. --DysonSlinky (talk • contribs) 18:08, January 16, 2014 (UTC)

Retrieved from "https://yugioh.fandom.com/wiki/User_talk:NMBRHNTR64?oldid=2673623"
*Disclosure: Some of the links above are affiliate links, meaning, at no additional cost to you, Fandom will earn a commission if you click through and make a purchase. Community content is available under CC-BY-SA unless otherwise noted.