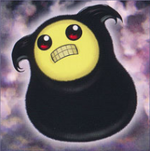 You are permitted to register even after the Deck submissions open for the WDC. Just that the deadline still holds and you have a lot less time to fine-tune the Deck. But if that's not fazing you, go for it. I've already put your username under the Gimmick Puppet entry. --Gadjiltron (talk • contribs) 01:33, August 31, 2013 (UTC)

A brief reminder that we're nearing the deadline for Deck submission. It's odd how nobody's submitted yet. I might need to extend the deadline a little if this keeps up. --Gadjiltron (talk • contribs) 02:46, September 1, 2013 (UTC)

Your Decklist is illegal, as it has 2 "Reactan, Dragon Ruler of Pebbles" in it. "Reactan" is banned by the 2013 Sep 1st Forbidden/Limited TCG list. (Hurry up and replace them, and maybe the "Redoxes" if you were relaying on "Reactan" a lot.)--UltimateKuriboh (talk • contribs) 03:57, September 2, 2013 (UTC)

Hi, I just saw your post about how you have the information for the recommended cards for the Structure Decks. Mods discussed it a while ago, and they came to the conclusion that it's best put in text, as adding a scan might have copyright issues. -SlashMan (talk • contribs) 04:55, February 9, 2015 (UTC)

Regarding the Let's Power Up This Deck pamphlets that accompany each Structure Deck, I was hoping you could transcribe the names of the cards referenced on each one. Obviously a scan would be infringement, but the names of the cards already are mentioned on the pages for several of the decks, and it feels incomplete having only some of them done. Hopefully you still have the pamphlets. Sumergobibo (talk • contribs) 03:59, April 14, 2015 (UTC)

Regarding the topic at Forum:Add-In Cards for Structure Decks... Yes please! We'd really appreciate scans. Even if they're just scans of individual pages, they can be coalesced by us into .pdf format, which can be posted on the relevant product pages. If you see this, leave a reply on my Talk Page. --UltimateKuriboh (talk • contribs) 02:29, February 2, 2016 (UTC)

Retrieved from "https://yugioh.fandom.com/wiki/User_talk:Moja619?oldid=3291714"
*Disclosure: Some of the links above are affiliate links, meaning, at no additional cost to you, Fandom will earn a commission if you click through and make a purchase. Community content is available under CC-BY-SA unless otherwise noted.