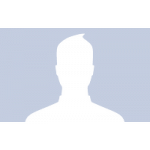 Hi, welcome to Yu-Gi-Oh!! Thanks for your edit to the Card Appearances:Limiter Removal page.

Hi, I have direct contact with Konami USA, and are making the plates for these cards. I share my information with the rest of the world of yu-gi-oh and you deleted my post, I would like it to be a famous writer who put wikia this time. Sorry for my low level of English. Oscar boi.

Haha trolling the tins? Konami made it official check the site. I'm glad you are superior to me and know everything. ex-cre (You left me a lovely message on July 7th.)

Haha that wasn't me. You got the wrong guy. ex-cre

It's all good. Also, Archlord Krystia has just been confirmed in Zemaister's tin on the Konami website.

Thanks for dealing with that vandalism lol. I don't know how to move pages around, I tried what I can though, at least someone more compotent is doing something :p

having a hard time tho, yo change names you need to use the option "rename" instead of "edit".

Please do not taunt vandals, as you did to Noneedygo and Madohosha; this only gives them the attention they are usually looking for. Instead, revert their vandalism without comment and move on. 「ディノ奴千？！」? · ☎ Dinoguy1000 16:43, March 6, 2012 (UTC)

Thank you for spot that one - that IP-Addressed User must be an idiot for not realize the different name between "Legendary Six Samurai - Shi En" and "Great Shogun Shien"... --iFredCat 14:18, April 28, 2012 (UTC)

Admin noticeboard is a good place to let Admins know why you find the user/IP Addressed User are doing wrong thing on the site. It don't belong to the recently article that you just posted - it was for discussing of how to improving the article, which was nothing to do with User abusing the page. Btw, be sure to sign your edits with four tildes (~~~~) or the signature button before you publish it. --iFredCat 12:16, June 9, 2012 (UTC)

Thanks, I did not know how that works. And since I saw most people spoke there about when to accept sourced edits and when not, I thought it was the proper place. I don't usually leave messages so I forgot about the four tildes. Menschy (talk • contribs) 12:18, June 9, 2012 (UTC)

In the future, please report any issues with vandals immediately at Forum:Admin noticeboard. Also, while you at least explained why they should stop, you never told the user that they should discuss their proposed changes on a Talk Page before changing the page. Please remember to do that. --UltimateKuriboh (talk • contribs) 16:46, January 31, 2016 (UTC)

Oh, but Becasita had already done that, I was merely helping hold the guy back until admins noticed.

Retrieved from "https://yugioh.fandom.com/wiki/User_talk:Menschy?oldid=3290732"
*Disclosure: Some of the links above are affiliate links, meaning, at no additional cost to you, Fandom will earn a commission if you click through and make a purchase. Community content is available under CC-BY-SA unless otherwise noted.