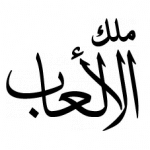 Aha, indeed it was! Yu-Gi-Oh! actually began airing in Arabic 5 years ago! (Can you believe it?) The entire Yu-Gi-Oh! second series has been dubbed, along with a chunk of Yu-Gi-Oh! GX. I've seen the entire second series anime in Arabic, but I didn't follow the Arabic GX due to time constraints. (In case you're wondering, what's currently being aired is the 3rd -probably- rerun of the Waking the Dragons season, usually they'll rerun old seasons as fillers until new seasons are dubbed) I'm not sure to what season GX has been dubbed, but the last time I saw it the Arabic dub has already reached the Jaden vs. Kagemaru duel (right after the Jaden vs. Amnael duel), do you know what season that was? -- Melik el-Al'ab 19:02, 26 July 2008 (UTC)

That would be season one. Back when I used to see Yu-Gi-Oh! GX on tv, they played reruns of the last half season before showing they got new episodes. Although I would really have prefered reruns of Yu-Gi-Oh!. Now they don't show either. One more favour, could you add the channel it's shown in Arabic to the network other sections of the infoboxes in the Yu-Gi-Oh! second series anime and Yu-Gi-Oh! GX pages? -- Deltaneos (talk) 19:21, 26 July 2008 (UTC)

It's already there! (And has been there since I first came to this Wiki! Wouldn't blame you if you didn't notice it, though.) The network's name is MBC 3, you probably didn't notice it because it has the flag of the United Arab Emirates (the country of broadcast, in Dubai to be precise) instead of the flag of Saudi Arabia. MBC 3 airs all sorts of kids shows 24-7. I grew up watching Pokémon, Digimon (1-4), and Yu-Gi-Oh! (all have proved very popular here). From Dubai, the channel airs all across the Middle East and some other parts in Asia, Africa, and Europe. Ever been to Dubai? It's a tourist-magnet! Did you know that Burj Al Arab in Dubai is the tallest hotel in the world? -- Melik el-Al'ab 19:34, 26 July 2008 (UTC)

Heh, whoops. I don't know if this makes it better or worse, but I had noticed it was there before and forgot since. No, I've never been to Dubai, but I have heard of the Burj Al Arab, being the tallest hotel in the world. -- Deltaneos (talk) 19:59, 26 July 2008 (UTC)

Hehe... Well, I recommend considering Dubai as a vacation stop some time. Oh by the way, they're gonna open a new hotel even taller than Burj Al Arab, it's called the Rose Tower also located in Dubai, and is 3 meters taller than its unfinished competitor, the Ryugyong Hotel of Pyongyang, North Korea. Woohoo! Go Dubai! -- Melik el-Al'ab 20:19, 26 July 2008 (UTC)

Although, the virtual world of video games has gotten me back into the game! It started when I began building decks on YVD, and eventually when Yu-Gi-Oh! appeared on the DS. I now have a virtual Toon Deck (Almost a dream come true), as well as some other decks, including a Machine Deck and a -failed- Light Deck, among MANY others. I am interested in making an Egyptian-themed deck as well. I am also fascinated by the Vehicroids, Crystal Beasts, and the Aliens.

So as you can see, I don't currently have a working deck. I have a virtual Toon Deck which I love and wish to build in real-life. Besides Toons though, I have no real likes and dislikes among card types. Oh my, I seem to have been rambling on for too long, I really apologize. Sorry ^_^;

when you use future fusion is the fusion monster still summoned after you to stand by phases even if the monster are removed from you grave Catface 18:34, 23 September 2008 (UTC)

Oh, sorry. "Kul 'am wa ant bikheir" (كل عام وأنت بخير) Literally it would mean "Every year and you're okay" meaning "I hope you stay healthy every year (as in, all the time)". It's one of many phrases commonly said in various occasions, especially in Idul Fitr and Idul Adha. =)

Curiously, if you were speaking in Arabic with someone about Yu-Gi-Oh!, would you use the cards' Arabic or English names? -- Deltaneos (talk) 22:36, 4 November 2008 (UTC)

It is worthy to note that on forums and other written media, people will write the Arabic name (official or not) followed by the English name in brackets. This is because Arabic names are not common among non-Arabic-anime-watchers, because names in the Arabic anime can change, and because few people can guess the card if the name was translated.

If you were referring to me, I rarely discuss Yu-Gi-Oh! in Arabic nowadays. I talk about Yu-Gi-Oh! in English unless I’m referring to the Arabic anime, and also duel in full English most of the time. In my younger days (I feel so old saying that, I’m only 16 now >_>) I used to duel in Arabic more though. Ah, nostalgia!

The reason for this mess is definitely because no official Arabic card game exists, and so there is no unified list of Arabic names for the cards (something which I dream of). Y’know I saw a guy carrying Arabic cards once. I could only get a glimpse though, but I recognized Dark Magician. -- Melik el-Al'ab 13:43, 5 November 2008 (UTC)

Retrieved from "https://yugioh.fandom.com/wiki/User_talk:Melik_el-Al%27ab?oldid=528307"
*Disclosure: Some of the links above are affiliate links, meaning, at no additional cost to you, Fandom will earn a commission if you click through and make a purchase. Community content is available under CC-BY-SA unless otherwise noted.