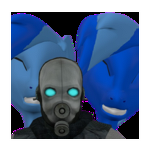 Please, if you got a chance, read the message in my Yellow Box before you click "leave message". I copied and moved it here from my Talk Page. And other user who has same amount of edit number also agreed with me and just undoing your edit. But it's okay, we all learning something new altogether; friend or foe. --FredCat 20:02, August 14, 2011 (UTC)

RE: I don't appreicate you making assumptions about my intentions.

I beg your pardon, but I don't have time to ask the authors of every single edit I revert what their intentions were. In this case, you're still making an unnecessary comparison with the following word: "though". Real life and the anime are separate; what the anime omitted makes no impact on what the playerbase named the Summons of the GB Fusion Monsters. The emphasis here is that the Summons were similar enough for the players to apply the term "Contact Fusion" to other cards. The anime doesn't aim to accurately portray the behavior of real-life players. --UltimateKuriboh (talk • contribs) 20:22, September 30, 2016 (UTC)

Of course it insistence. Why? It's because Adrian doesn't want power. He wants to protect the world, even if it costs a few lives. Isn't that want anti-heroes are about? Bopdog111 (talk • contribs)Bopdog111

Relpy to your message

Of course it insistence. Why? It's because Adrian doesn't want power. He wants to protect the world, even if it costs a few lives. Isn't that want anti-heroes are about? Bopdog111 (talk • contribs)Bopdog111

You made the so-called 'Children's Online Privacy Protection Act policies' up. And besides I am following the rules, just correcting the wrong like you just made. Bopdog111 (talk • contribs) 22:14, April 25, 2017 (UTC)Bopdog111

Mattwo didn't. A totally different set of board members did. And you might want to look here on why your edits were reverted. ChaosGallade (talk • contribs) 23:43, April 25, 2017 (UTC)

Hey can you add this info onto Rentaro Kagura's page please? If you want to know what it is its the arsenals as Another Shinobi, so here it is Tekkō-kagi (手甲鉤 lit. "back of the hand hooks"): As Another Rider he uses the Tekkō-kagi in combat.--Griffguy26 (talk • contribs) 05:56, January 8, 2019 (UTC)

Retrieved from "https://yugioh.fandom.com/wiki/User_talk:Mattwo?oldid=4027551"
*Disclosure: Some of the links above are affiliate links, meaning, at no additional cost to you, Fandom will earn a commission if you click through and make a purchase. Community content is available under CC-BY-SA unless otherwise noted.