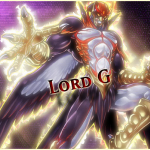 Sannse setup a discussion concerning the future of JAF

It would be really good if you could come and testify. He still has sock puppets with bureaucrat and admin access, and so I'd really like a vote to take that away.

That don't making any sense at all

Rather at bottom of the page

Also that's because we are discussing on my grammar problem; rather than new topic, I just go back and respond from the old topic. --FredCat 16:40, January 27, 2012 (UTC)

Avoid recreating deleted pages unless you have a good enough reason to. If you feel an article should not be deleted, discuss it on the article's talk page. Thank you. Lord Grammaticus (talk • contribs) 19:52, January 25, 2012 (UTC)

You send this massage to me but when? I did —This unsigned comment was made by Andreas Kall (talk • contribs)

That might seem to be the case, but I can't simply block an account on a first time offense. If he/she repeats the offense or commits others, then I will block said account.--PoirotH (talk • contribs) 07:46, February 6, 2012 (UTC)

Can you help edit my web! i need alots of help----> http://yugiohpedia.wikia.com

I am aware that it's bad thing for other user to screw the user page that don't belong to them - but it's better to empty it instead of put "Delete" flag so in future, the owner can edit it without have to get some "jump" react. I went and emptied it quickly. --FredCat 23:11, March 14, 2012 (UTC)

How long am I banned? C: —This unsigned comment was made by PrincessPikeruBFF (talk • contribs)

i made that page to show the ethics behind most main characters actions. this would let people understand why in 5ds people fought with decks and not fists as well. the page needs alot of work though. Logan Miller (talk • contribs) 07:36, June 9, 2012 (UTC)

Thing is, in my opinion, unless the characters have directly referenced it (which I don't recall them doing from what episodes I've watched), I'm not sure it's particularly noteworthy. Lord Grammaticus (talk • contribs) 07:44, June 9, 2012 (UTC)

I am sorry to bother you, but Crashsnake is still continuing to put bad grammar in his edits. His usage of the word "then" is kind of partially due to this. For instance he states something like "On the next turn, Noah's "Asura Priest" destroy Yugi's "Obnoxious Celtic Guardian" then uses the effect of Noah's "Asura Priest" allows itself to attack Yugi's "Cyber Jar". As per the effect of Yugi's (or rather Seto's) "Cyber Jar", all monsters on the Field get destroyed. Although Noah's "Asura Priest" gets destroyed, Noah saves his Deck Master by activating another Deck Master ability then uses the effect to return this monster back to the sidelines but he's now forbidden from moving this monster back to the Field for the remainder of the duel." I had to change that since it was somewhat bad grammar. He also shows Normal Summon, Tribute Summon, and Special Summon in lowercase letters in his edits. This guy has repeatedly not followed almost any advice given on his talk page and I am thinking he is ignoring it entirely. Can you please do something about this Lord Grammaticus? Thank you!Cardsknower (talk • contribs) 00:35, June 27, 2012 (UTC)Cardsknower

Thanks for your advice, however I don´t understand why there´s a problem on writing about the duels, apart because the text is too long. The reason I wrote them is so people can also know what happens during the duels with more detail cause I think a wikia must be as complete as posible. Besides other summaries of other Yugioh seasons are similiar and nobody seems to have a problem with it.

Re: The recently blocked RampagingTengu

Well, I spoken to the other admins, they can't confirm if it the same person, but one of them change the block to infinity block, since the account only purpose was to do harm, rather than to help. WinterNightmare (talk • contribs) 18:59, January 19, 2014 (UTC)

Please do not blank pages when you nominate them for deletion. Put your reason for nominating a page in the deletion notice so that we can read it and the article at the same time and determine if it is a valid candidate. --Golden Key (talk • contribs) 13:12, February 14, 2014 (UTC)

I think there could be a series established for it, since those cards are deliberately similar to each other (they were also released in the early days of YGO, close to each other's release). It's just a matter of coming up with an appropriate name, and overcoming laziness to create a page for the series. --UltimateKuriboh (talk • contribs) 01:42, March 5, 2014 (UTC)

Been better but doing good. And ya bet I'm still part of the Trivia police here! But it appears that at least as far as that goes, I think we're in the home stretch of excercising the unwanted fluff from it (including the "effect-based relations only" kind!) Wikia also now has the VisualEditor, which doesn't involve source code and is more Microsoft Word-ish. And it shows in edits whether you used it to make a Wiki edit.

Retrieved from "https://yugioh.fandom.com/wiki/User_talk:Lord_Grammaticus?oldid=4224473"
Community content is available under CC-BY-SA unless otherwise noted.