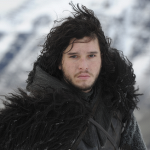 Hi and welcome to the Yu-Gi-Oh! wiki! Thank you for your edit to the Special Summon page.

We changed permissions on the Wiki so that only designated people can move pages. If you want a page renamed, place {{Rename|new name here}} at the top of that page. If you edit here long enough and/or consistently enough, and have a need to rename pages, you can ask an admin to give you mover rights. --UltimateKuriboh (talk • contribs) 02:41, March 22, 2015 (UTC)

Sorry for the late reply, I asked another admin about it and forgot in the meantime. Just use the Pendulum Effect text only. --UltimateKuriboh (talk • contribs) 13:20, June 19, 2015 (UTC)

Whenever you move a page, please, please, please state the reason why you're moving it, with an accompanying link if possible. For example, if an English card name is confirmed, provide a link to the evidence of the card name in your "move summary". Also, if you move a card page, green boxes should appear after you move the page, giving you options to move the card page's "subpages" (such as Card Trivia, Card Gallery, etc.). You should move them too. --UltimateKuriboh (talk • contribs) 01:42, July 11, 2015 (UTC)

Don't get carried away with your mover rights. Things like the CCC thing are expected to have a discussion first, as there is no solid evidence that is how their names should be formatted. Stuff like this is a quick way of losing those rights. Also, there is no archetype support for them, so there is no reason to move them just yet. Reverting for now, because of the previous sentence. --UltimateKuriboh (talk • contribs) 01:28, July 25, 2015 (UTC)

I do agree this should have been discussed, but I do support the moves in the end. I hadn't even thought of moving these after D/D was confirmed and it makes perfect sense. So I support leaving them as-is now. Cheesedude (talk • contribs) 01:34, July 25, 2015 (UTC)

Should I change all the "Overlords" in D/D/Ds to "Kings," considering that 3 D/D/Ds that have official TCG names are named the latter instead of the former? Or do I have to make talk pages for that too? This feels like another "obvious change" imo...
Lightning Laxus (talk • contribs) 19:12, August 1, 2015 (UTC)

Wait for someone else to chime in. However, you should not leave redirects for the sub-card pages when you move them (Card Galleries, Card Tips, etc.). --UltimateKuriboh (talk • contribs) 22:48, August 1, 2015 (UTC)

Will do. Was in a hurry back then and didn't want to change something for the sake of adding a summary.
Also, http://yugioh.wikia.com/wiki/Talk:Yliaster#Rename_to_Iliaster.3F Considering on the main page, someone already put "(Iliaster in the English dub)," help me find excuses not to edit EVERY instance of Yliaster on this site to Iliaster D:
Lightning Laxus (talk • contribs) 12:56, October 25, 2015 (UTC)

Regarding these cards in the anime, can you actually confirm they were called by their TCG English names in the English dub at least once? If you can, it'd be appreciated if you could respond with the episodes and the points at which they occurred. The Wiki also hasn't settled on a policy of which name takes precedence (for example the TCG EN name was only mentioned once, but the other name was mentioned quite a few times), so if you could hold back on similar renames, but take the time to count their name usages, it'd be appreciated. --UltimateKuriboh (talk • contribs) 16:24, December 14, 2015 (UTC)

The first reason isn't a valid one, as we have a pre-existing way to fix that. As for the second reason... there should be a minimum of 1 instance of the actual card's name being used in the English dub, before we'll consider using the actual card's name. If that happens to be the case, we're still currently unsure on how to determine which name is used for the anime card page.
But in the meantime, the original request still stands; please research their name usages in the dub. --UltimateKuriboh (talk • contribs) 01:58, December 15, 2015 (UTC)

It's actually really confusing for now (atleast for me and a few others). Some are saying its "Stab", i thought it was "Stave" initially (but changed it to "Stab", thinking that i was wrong), and some say its "Starve" now. That's why i am leaving it as it is now, and would leave the correction to someone like " Cheesedude" or wait for the translation of "NeoArkadia" from NAC.--Supratim1986 (talk • contribs) 11:47, December 20, 2015 (UTC)

The only reason I clarified effects can't be activated for stuff like "this card is destroyed by battle and sent to the Graveyard" is because that's all the cited ruling proves. It doesn't prove the case for effects that only care if a monster is just destroyed by battle, like "Apprentice Magician" or "Jurrac Guaiba", which contrast with "Giant Rat". I wish you luck in finding a suitable ruling that proves your assertion for those scenarios. (Idk why I can't find you anymore, it'd make it easier to talk it out.) --23:26, February 14, 2016 (UTC)

I was feeling particularly naughty and did some research using some non–Official TCG sources.
Regardless, it appears that your assumption on only "sent to the Graveyard" effects is correct (and this thread needs to be changed) after a simple google search on "Apprentice Magician" and "D.D. Warrior Lady". YGOPro also needs to be changed after I saw "Supply Squad" not activate after "D.D. Assailant" is banished, but that's my fault for trusting it <_< (or could it be a different interaction?).
Even for the OCG, I found this—「戦闘破壊を条件とするが、《ニュードリュア》などと異なり墓地へ送られる必要はなく、《ジュラック・グアイバ》同様フィールド上で発動する効果である。」—on "D.D. Assailant's" page on yugioh-wiki.net, and I think it says "Jurrac Guaiba" will activate.Lightning Laxus (talk • contribs) 00:20, February 15, 2016 (UTC)

Please don't do stuff like this unless you intend to go changing the tags. At least make sure it contemplates all instances, like this. Thank you. Becasita Pendulum (talk • contribs) 15:14, November 17, 2016 (UTC)

Please stop vandalizing unofficial TCG translations of OCG cards. They're already in proper PSCT, there's no need to add things like '(Quick Effect)' and use 'GY' instead of Graveyard, unless you know something about some sort of upcoming PSCT change that literally no one else knows about. Megamaw (talk • contribs) 02:00, May 17, 2017 (UTC)

Hi, if its the case that Link Monsters have to be equal to their Link Numbers why, in example B, is Honeybot treated as a Link 1 monster? I don't understand to be completely honest. Thanks FatSnorlax (talk • contribs) 08:21, May 19, 2017 (UTC)

Actually, I will refute the notion that I'm "edit warring", so to speak. In my view, the explanation section got too wordy and long-winded, so I daresay simplifying it was necessary. I will concede the unofficial terminology thing to you since I did check as stringently as I usually do for the terminology this time around, but I've fixed that. In future, I recommend that you actually specify what mistake was made rather than generally saying "unofficial terminology" was used, because that's unspecific and sometimes, people don't check as hard as they should. You are technically correct that there's no "first" or "following" in terms of sending materials, but the intent of those words is to list out the sequence of actions a player must take to Link Summon, being that they must first verbally declare that they are going to Link Summon and choose what monster they are summoning. Then they send the materials. However, I concede that this may be confusing, and I have removed those words. I have already addressed everything else, being that there's no need to specifically indicate the material requirements of one Link Monster (Decode Talker) since that is already mentioned implicitly with the term "requisite Link Materials" in my explanation. We don't specifically say that Number 36 needs Chronomaly Xyz Materials, do we? I don't see a need to also specifically indicate that a Link 3 Monster can be treated as either 1 or 3 Link Materials, and simply indicating that a Link Monster can be optionally treated as either 1 material or a number of materials equal to its Link Number will suffice, in my opinion. Feel free to direct any other concerns my way. (Lucafriz (talk • contribs) 03:20, June 9, 2017 (UTC))

I just found out about that video for Circuit Break, right? And they went ahead and mentioned Graveyard Dragon Power's alleged synergy with Rokkets. I don't have any problems with that build, or even REDD/BESD. Rokkets are good, but do they really give those two a chance to be better? Like, is this LEGIT?Surfinbird42 (talk • contribs) 20:31, October 7, 2017 (UTC)

That video is from FANDOM and nobody on this Wikia can do anything about it, regardless of if the information is legitimate. You could take their advice if you like, or you could ignore it. I suggest the latter: Pretend those videos don't exist and downvote all of them. Lightning Laxus (talk • contribs) 20:47, October 7, 2017 (UTC)

Retrieved from "https://yugioh.fandom.com/wiki/User_talk:Lightning_Laxus?oldid=3876640"
*Disclosure: Some of the links above are affiliate links, meaning, at no additional cost to you, Fandom will earn a commission if you click through and make a purchase. Community content is available under CC-BY-SA unless otherwise noted.