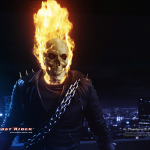 If I made one it would be Wattdragon of thunder!

Synchro dragon effect level 8 3000atk 1500def 1 "Watt Tuner" and 1 or more non Tuner monster this can can attack direct if it does you take half the damage your opponent took from the Attack, during the end phase. If this card is in defense it cannot be destroyed by battle also if this card is in defense you can take battle damage equal to half the atk of a watt monster in your graveyard and summon the selected monster, that monster gains 800atk while this card is face up and in defense mode. -- There is no losers, unless your playing me, Then your the loser 100% Guarantee! 19:46, September 10, 2010 (UTC)

Nice try with your "anti-hand" strategy, but you should know that Card Destruction doesn't empty the opponent's hand, it just refreshes it. IPlay4Fun (talk • contribs) 11:21, December 5, 2011 (UTC)

I'm sorry, but your Deck isn't that good - it's not bad, but not that good. I suggest you read Forum:Deck Guide/General. I suggest writing a sample Deck Guide (on a User Subpage) for me to review as well. BF2 Talk Deck Guides 15:06, February 2, 2012 (UTC)

You don't have all the staples:

There is no reason not to use Dark Hole. It's amazing. Armored Ninjitsu Art of Freezing just isn't that good - it negates one attack. Interdimensional Matter Transporter is a -1 and there are better cards. You only have one Solemn Warning when you could have two. The Decoy Art is a waste of space - you could protect your monsters with Safe Zone. The Duplication Art just isn't very good, and if you're adding extra arts use Armor Ninjitsu Art of Rust Mist - it's awesome. There's no Trap Dustshoot or Torrential Tribute, both of which are absolutely amazing. You're only using one Golden Ninja and yet you use the Fire and Earth Ninjas - neither of which are very good. Fulhelmknight isn't really necessary and doesn't add much to the Deck. You should have more Rai-Oh because it's amazing. Sasuke isn't that good a card, whereas Karakuri Ninja mdl 339 "Sazank" is awesome. BF2 Talk Deck Guides 17:42, February 2, 2012 (UTC)

Lightning Vortex is barely passable in Infernities - don't use it here. Dark Hole is amazing - you don't have to use it when you control monsters. Same goes for Torrential. You really shouldn't need more than one Duplication - the only Ninja I would trade for is Sazank as I could get it face-down. Fulhelm is good, but just not necessary. You need other stuff. Sazank may have to attack but you can always put in Defense Position if you don't want to attack. Sasuke only gets over monsters that were face-up when he attacked them - it won't destroy a set Ryko before it flips. You don't need Dark Bribe - it's not necessary in this sort of Deck. BF2 Talk Deck Guides 18:59, February 2, 2012 (UTC)

Why are you using Breeze? Why only one of each LS, one Rai-Oh? Three Chaos Sorcerers is too much. Marshmallon isn't very good, you don't need Skelengel. Add Allure of Darkness and Black Whirlwind. Take out Trap Stun. Add another Warning and Torrential Tribute. BF2 Talk Deck Guides 18:54, February 10, 2012 (UTC)

Nonetheless 3 Sorcerers and BLS is excessive. As for Marshmallon, Spirit Reaper is many times better. You need more copies of the LS/TKRO, that's hwat I was pointing out. BF2 Talk Deck Guides 19:12, February 10, 2012 (UTC)

Reaper is a lot harder to destroy than you would think - most decks don't run many targeting monsters outside of their Extra. It also gives you a +1 when it attacks directly, which is awesome. BF2 Talk Deck Guides 19:18, February 10, 2012 (UTC)

As you know, sometimes you get hard to do Deck requests where you are given a sub-par archetype, a low budget, and some limitations. To simulate that, please make a B.E.S. Deck. The conditions are: cannot include Caius or the Frog Engine and there is a 120 dollar budget. BF2 Talk Deck Guides 16:24, March 3, 2012 (UTC)

Since you got a difficult request, I'm gonna give you a broad scope to work with. Since I am the Control-focused player of this bunch, I wanna see that side in you. Build me a Hand or Field Control deck that can manipulate your opponent's plays. Synchro Maniac10 (talk • contribs) 20:15, March 3, 2012 (UTC)

Please reread the criteria for becoming a builder. The main thing I need to point out is that you MUST know how to use a Template:Decklist, that means all the cards must be in the template, and all the cards must be in alignment, and be linked. I know it seems like I'm yelling at you for this one thing, but remember that the Template helps to eliminate needless clutter on the DFF page, and makes it easy for the requester to read and understand the decklist. ---Dark Ace SP (Talk) 15:59, March 4, 2012 (UTC)

Budget builds are decks for players on a limited budget, which means exactly the opposite: as few expensive cards as possible. Lappyzard (talk • contribs) 22:42, March 4, 2012 (UTC)

The DFF Staff has decided to DENY your application this time around, but have listed our reasons and tips to improve your decks in the future.

P.S. Konami missed their chance of hitting on Wind-Ups, because the official decklist is out, so they can't touch Wind-Ups this year XD--Let the Number take hold! 09:58, April 6, 2012 (UTC)

You didn't post a Forum talk page link in the Discussion section, and I personally feel that the deck guide needs more stuff.

Plus, it might be better if you didn't post an uncompleted guide into the Table. Just make the link in the discussion section first, and ask for thoughts.

There should have also been a deck variants section, that included decks such as Zombie DAD, Zombiesworn, etc. Moved the guide link to the Discussion section. ---Dark Ace SP (Talk) 13:19, May 26, 2012 (UTC)

See the Main Deck Guide page, Lappyzard did some stuff to help you out on your guide. Include decks that you feel are relevant and need to be included. No issues on that. ---Dark Ace SP (Talk) 01:14, May 27, 2012 (UTC)

No, most of the guide was fine, I didn't have to change much, except add in an outside support section before the Variants, moved the Tour Guide and Leviair descriptions to it. Take a look: Forum:Deck Guide/Zombie. If you had been at the height of Zombies, you would have known a few other support cards, but that's not a big issue, I went ahead and added the main one to the guide in outside support. ---Dark Ace SP (Talk) 13:05, July 8, 2012 (UTC)

That's not a big issue, if you like the guide, maybe ask User:Gadjiltron to maybe read it over too? It's always best to have multiple eyes reading something, to catch stuff others missed. Also, maybe you could add in a Zombie World to the deck variants? ---Dark Ace SP (Talk) 14:39, July 8, 2012 (UTC)

For starters, you took the opportunity to insult other users whilst I was 'away', which just isn't right I'm afraid. You insulted other users behind their backs, and you plainly insulted people in the chat by saying 'there are a lot of noobs here' (or words to that effect). You had only just been unbanned, so this was the time to make a good impression and to try and make things right. You didn't do that. Many rules say that I should extend this ban as you were just recently banned prior to this incident. I have made the ban the same length as before. Just chill for now; the ban will expire in due course. --SuperSponge!! 12:33, July 15, 2012 (UTC)

The point is there were a range of bad insults including saying everyone is 'e**ing ****'. And so on. As I said. You had just been banned, and this was your opportunity to make a good impression. You didn't do that. Are you saying it was right to call everyone a 'noob'? Just leave it for now. The decision has been made. --SuperSponge!! 12:49, July 15, 2012 (UTC)

As far as I know, the Arabic names that are added here are translations of the English name. Since they are not official, after adding the name by adding

to the (usually) alphabetical ordered name list in the Card Table, add

above the Card Table.
(Maybe look at the source of the pages listed in Property:Arabic Name to see how they're added if you didn't get that)
-Falzar FZ- (talk page|useful stuff) 02:47, July 16, 2012 (UTC)

Since there are no official names, they will all only be translations, so whenever |arname is added, {{Unofficial name|Arabic}} will always be needed to be added. -Falzar FZ- (talk page|useful stuff) 09:48, July 16, 2012 (UTC)

There is a page detailing what names to choose; Project:Arabic card names guidelines. It was put together by other users who've added Arabic names, mainly Melik el-Al'ab. -- Deltaneos (talk) 15:48, July 16, 2012 (UTC)

Sorry, I usually handle the applications and tell the others, but I got sick with a bad cold, so kinda didn't get a chance to check those. I should be able to process/check that later tonight. ---Dark Ace SP (Talk) 00:54, July 26, 2012 (UTC)

Retrieved from "https://yugioh.fandom.com/wiki/User_talk:LaserGhost?oldid=3231967"
*Disclosure: Some of the links above are affiliate links, meaning, at no additional cost to you, Fandom will earn a commission if you click through and make a purchase. Community content is available under CC-BY-SA unless otherwise noted.