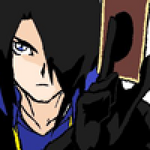 Stardust to negate the Saving Effect?

You asked: "I had no clue that Stardust Dragon could negate the effect of 'If this card would be destroyed, you can destroy another Six Samurai instead.'. If it can, that's an extreme piss off."

Oops. Sorry about that. Thank you for answering. I'll post it where it needs to go next time. Thabk you so much!

Retrieved from "https://yugioh.fandom.com/wiki/User_talk:JetKamakura?oldid=1358364"
*Disclosure: Some of the links above are affiliate links, meaning, at no additional cost to you, Fandom will earn a commission if you click through and make a purchase. Community content is available under CC-BY-SA unless otherwise noted.