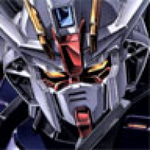 While Turbo Pack 5 is real, the page was created by an unregistered user who posted a 'spam' message on it, which is why I deleted it. It'll be properly made when more information is confirmed. -Falzar FZ- (talk page|useful stuff) 13:52, April 7, 2011 (UTC)

Yea, we know about the new banlist on Konami. But it specifically states that it will be applied from September. As long as it is still August, it has been agreed that it should not be changed on the card articles yet. -Falzar FZ- (talk page|useful stuff) 01:15, August 25, 2011 (UTC)

Thanks for the reply, I only have one more question: I torrential tribute activates, genesis activates or not, also the same happens with burst breath?Imagen:Icono_dragón.gif--escrainus escucha 21:07, November 21, 2011 (UTC)

Retrieved from "https://yugioh.fandom.com/wiki/User_talk:James_%27Shamus%27_Smith?oldid=2637434"
*Disclosure: Some of the links above are affiliate links, meaning, at no additional cost to you, Fandom will earn a commission if you click through and make a purchase. Community content is available under CC-BY-SA unless otherwise noted.