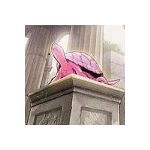 Lol, I'm still just a filthy lurker. I edited those pages because I noticed they were changed without proper reasons[1]. Nice to talk to you again! I see that thanks to you this wikia is not just doing well, but it has also grown much larger.  HHT   14:42, June 28, 2016 (UTC)

In hindsight, I should have asked you about your edits first. The Toad/Frog edits you did didn't sit well with me because of their minor character differences establishing that the Toad monsters (Treatoad in particular) were separate from the Frog monsters. I have to admit, translating Japanese names isn't my strong suit; I put more trust in name translations in the Org, Cheesedude, UltimateKuriboh, and X-Metaman. I also agree with what Cheesedude said in my talk page in that the trans_name part is for cards whose puns can't be literally translated. ChaosGallade (talk • contribs) 17:01, July 12, 2016 (UTC)

I noticed that the page for The Winged Dragon of Ra was changed a couple times by you and Deltaneos, and while I do think you have a point in that "Winged Divine Dragon of Ra" is a close translation, one could easily translate "Raa no Yoku-Shin-Ryu" as "Ra's Winged and Godly Dragon," "Divine Winged Dragon of Ra" or any number of other variants. I don't mean anything by this, and, as I said, I do like the translation of "Divine" in this context more than "God," but depending on the use of "God" as, say "God-Dragon," it could still imply having great and divine powers without saying it is a god unto itself. On that note, I was wondering why keep the same order of words in general? Is it simply because the official English name uses that order, or when translating card names, for example, should one try to keep the order the same, even if another wording better keeps the same meaning or intent? TrueShadox (talk • contribs) 16:39, July 29, 2016 (UTC)

Before I say anything else, I appreciate your taking the time to respond to me so quickly, and if I came across as overly brusque or if I gave any impression that I was correcting you or insulting you, I apologize for that. Sometimes it's hard for me to word things in text so that they capture my vocal tone and intonations, which I rely heavily upon.
A better word to use in my example would have been "godlike," I suppose, but I also didn't mean to imply that I thought such a term would be better than "divine" in this case. I do actually like both of your examples, "divine" and "god-hammer," simply because I like unique ways of wording things and I find "god-hammer" holds a quality that makes it feel mysterious and powerful, but that might just be me. It's certainly my fault that I used "godly" instead of "godlike" in that instance, though, as I've never been religious. I've read a lot of mythology, but I suppose I've paid less attention than I should have to terms relating to gods and their followers.
Believe me, I know a lot of ways to reorder words in a sentence so that its meaning is the same, but I was simply wondering why one would keep a particular order when translating from Japanese to English and whether you had insight into that particular instance.
Again, I only mean to quell my curiosity, and if any part of what I have said upsets you, has upset you, or otherwise gave you negative impressions, I greatly apologize. From your terseness, I feel as if I have angered or otherwise irked you, despite my efforts to not do so.TrueShadox (talk • contribs) 17:27, July 29, 2016 (UTC)

Again, "Godlike" is a very clunky and awkward word to use and the dragon does not resemble god. Read these to yourself: "Ukonvasara is the godlike hammer of Ukko." or "This dragon is the godlike dragon of Ra." Can you really say that these don't sound weird and off?

We already have an adjective that means "relating to or belonging to God or a god", so why don't we just use that?

I still think your examples sound fine, but I guess I really have just read too many books like The Divine Comedy and The Silmarilion, so forgive my unconventional wording preferences. Any particular reason you've chosen Finnish in your examples, though? In many mythologies, however, gods could have multiple forms, and in the case of Ra, there are numerous forms, most commonly relating to falcons, phoenixes, and beetles, and "The Winged Divine Dragon" could be seen as a combination of all three. If we want to get really technical, we could also use "sacred," "exalted," "heavenly," or a number of other synonyms. Again, I cannot apologize enough if I upset you with anything I say, since I'm just trying to see where you're coming from. Could you at least acknowledge that I did or did not say anything to upset you? I'm in a really weird position here in that I'm trying to be inoffensive, but you haven't definitively said anything either way, and I'm somewhat scared here. I've never really been too good with other people, as I tend to be rather objective, and I just want to share knowledge with other people. I want to make sure we see each other as equals, and that I mean in no way to belittle you or anything you've said.TrueShadox (talk • contribs) 18:12, July 29, 2016 (UTC)

I didn't add any information about the card's number, I added a curiosity about how it was revealed in a specific time to match April Fool's. That's general trivia on the card, not on the number. LegendaryAsariUgetsu (talk • contribs) 15:58, April 1, 2017 (UTC)

Udually just adding Summoning::Can be Special Summoned works, which seems to rely on the presence of the "Semi-Nomi" tag in CardTable2s. The problem is that sometimes ago it was renamed to "Special Summon-only monster", and CardTable2 doesn't seem to recognize the new name of the tag when queries want them filtered out. --XBrain130™「ブレーン１３０」 17:25, April 27, 2017 (UTC)

Are you able to translate the Duel Monsters II: Dark duel Stories text for "Goddess of Whim"?

I think the kanji version is:

In Forbidden Memories its English text is:

A shy goddess that seems to spend the majority of her time sleeping.

In The Sacred Cards and Reshef of Destruction it is:

A female deity who is known for her unpredictably fickle ways.

In The Sacred Cards, it is:

A ravishing female beast trainer whose gender makes her rare.
When she has her whip in hand, her very personality changes.

(Yes, they tend to flesh them out a little.) The last part says that the whip changes her personality. I would have thought it was the other way around. She uses the whip to change others' personalities, which makes her a "demon tamer"/"beast trainer". -- Deltaneos (talk) 14:09, July 30, 2017 (UTC)
Retrieved from "https://yugioh.fandom.com/wiki/User_talk:Hide_Head_Turtle?oldid=3835158"
*Disclosure: Some of the links above are affiliate links, meaning, at no additional cost to you, Fandom will earn a commission if you click through and make a purchase. Community content is available under CC-BY-SA unless otherwise noted.