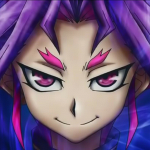 How many comments needs a talk page idea?

Generally speaking, no set number of people need to support. A lack of responses tends to indicate that at the very least, no one really disagrees with the change. Of course, sometimes the change is made and after that there is disagreement. I would go ahead and create the page in a few days if no one else does and if no one disagrees. Cheesedude (talk • contribs) 00:01, August 12, 2011 (UTC)

How did you get it?

I apologize for the how long it took me to reply. If we are going to overhaul relationships section, we need to add one very specific rule - reference it or delete it. There should not be unsourced statements there, nor should the article be saying "she did, so that's proof that...." That being said, I'm not particularly interested in expanding the sections myself, though I would certainly not object if someone else wished to do so.
If the sections become very, very long, I could see using seperate pages. But I think that if its long enough to warrant that, we would be better served by chopping them down a bit.
I've seen other wikis cordon off the relationship stuff to "shipping pages" that allow speculation. Do you know of any that have put them on their own pages that don't allow speculation on the pages. Cheesedude (talk • contribs) 16:38, March 29, 2014 (UTC)

Retrieved from "https://yugioh.fandom.com/wiki/User_talk:HellKaiserN?oldid=2728928"
*Disclosure: Some of the links above are affiliate links, meaning, at no additional cost to you, Fandom will earn a commission if you click through and make a purchase. Community content is available under CC-BY-SA unless otherwise noted.