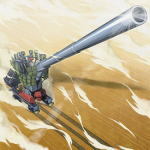 Hi and welcome to the Yu-Gi-Oh! wiki! Thank you for your edit to the User:GustaphMax page.

If you're him, then please respond with that account on that account's Talk Page, since I left a message there. --UltimateKuriboh (talk • contribs) 21:53, January 4, 2017 (UTC)

Really a need to put "shame on you"?

Really? Only trying to help and I get that?

Sorry! :D I thought you were just a lazy guy, like many out there, and I only saw your edit summary after I wrote that. My sincere apologies.

Sorry again and have a nice day!

this card is so simple, straightforward and never-used..... no need for that shit-ton of tips. While the first two reasons may be true for "UFOroid Fighter", the third reason should not (never?) be a valid reason for essentially clearing a specific card's tip page. For example, look at "Wodan the Resident of the Forest". Its effect is pretty bad, so in general, it shouldn't be placed on other cards' tip pages. However, there can still be valid tips added for its own tip page... so long as they aren't gimmicky tips (and this is deliberately ignoring the possibility that the card itself is a gimmicky card). The only reason a person would be looking at that card's Card Tips page is if they're trying to use that card. (Or they have no choice, and must use that card... in a custom format, for example. Duel Links is a great example of this, making irrelevant cards relevant again.) --UltimateKuriboh (talk • contribs) 06:08, May 25, 2017 (UTC)

I also dislike when you remove tons and tons of content from a tips page. Sure, some bullets can be removed, but some don't need to be, like the Quillbolt loop with "Cannon Soldier". Some people might want to focus on that. It seems you just prefer to be lazy and wipe out the text rather than clean it. If you don't want to clean it, then don't; but don't remove it all as well, when it can be cleaned up. Becasita Pendulum (talk • contribs) 16:00, June 5, 2017 (UTC)

Hello! I appreciate your feedback! Since UltimateKuriboh warned me before, I tried to pay more attention when cleaning up some card tips page. I must confess that maybe I overlooked the tip on hedgehog, but I carefully read all the others. However, what I try to do is to clean polluted pages, rather than nuke them recklessly; for example, on my last edit on Crystal Wing Synchro Dragon, I replaced a long-winded tip on how to Summon it on a Blue-Eyes deck, by removing a long text and keeping the core tip, that is: a Level 7 synchro summoned by Spirit Dragon + a Level 1 Tuner. Anyway, Thank you again for your feedback, I'll be more careful now. ^^

Edit wars are really annoying, because they clog up the page's history.
If someone is trying to engage in an edit war, please stop editing the involved page. If you haven't managed to convince the other party in at least 2 reverts, then it's clear you're not going to reach a consensus through the limited edit summary messages... at which point, you resort to posting on their User Talk page (or the article's Talk Page) to continue the discussion. I also don't see why you seemed so insistent on reverting their edits, since Card Tips:Cannon Soldier is not a high-traffic page; it's not like there's going to be a catastrophe if the page goes "unfixed" for 1+ day. --UltimateKuriboh (talk • contribs) 05:39, June 6, 2017 (UTC)

Hi! All I did was remove the inconsistent tips, like the one revolving around Grandsoil and Dewloren, as if it was that easy to Special Summon them in the first place, and the ones that require intrincate and specific set-ups. But, anyway, I'll abide by your advice and stop editing them, even thinking that page is very polluted and even non-competitive players would have so much difficulty on achieving most of those combos.

No, I won't let you keep doing this any further, no matter what you say to anyone. You don't even know what is "cleaning up" and how the tips pages work. All you do is removing everything that you think it's obvious or difficult to do, but the thing is that there are new players that are learning the game and don't find those thing obvious and they learn them here, they need detailed advices and the explanation of all the steps of every combo to understand how to do it. If part of a text is too redundant, then it can be cleaned up, but what you do is erasing every explanation and summarizing everything into 1 or 2 sentences. Not only that, you have a really flawed criteria about what is inconsistent or intricate, thinking that something requiring 2 or 3 specific cards is automatically impractical. If it was a full hand of 5 or 6 specific and unsearchable cards, then I would give you reason, but in todays game, when there are like 10 generic draw and search cards that increase consistency like hell (I expect I don't have to list all them), those things you thing are too inconsistent are actually quite consistent, even if they aren't used in competitive play because they aren't the best decks.

I requested you to search videos of people doing these combos consistently and repeatedly, but it seems you prefer acting like a kid and not appreciate my feedback, even when I gave you proves and reasons, because you only want to impose your flawed vision about the game. The "Grandsoil" combo is much easier to do than you think, because 5 EARTH monsters in the Graveyard with today's capacity of Graveyard control in most decks is not even a task, it has even been used consistently in some high tier decks. So before you try to impose your flawed criteria again, go and check to make sure if what you think about a play is right or not, which is what I do myself. And the fact that you find a tip unneeded doesn't mean that other people won't find it useful.--Feder373 (talk • contribs) 10:57, June 6, 2017 (UTC)

The fact that you didn't bother to read my explanations confirms me that you are truly a lazy user, because if you had read them you would have understood why you are wrong. Anyways, I'll leave the Grandsoil and most of the other tips removed to stop fighting with you about this, given that you don't want to understand. I admit that some of your clean-ups are fine and justified, but others aren't.--Feder373 (talk • contribs) 15:38, June 6, 2017 (UTC)

No one is "bitching," and neither does anyone particularly seem to care about the card. The point is, useless or simple as it may be, once again, that is not a reason to blank the page. Taking a look at your page, it seems like an admin has told you the same thing. I don't understand what's difficult to grasp?--YamiWheeler (talk • contribs) 18:35, June 6, 2017 (UTC)

Retrieved from "https://yugioh.fandom.com/wiki/User_talk:GustaphMax?oldid=3804359"
Community content is available under CC-BY-SA unless otherwise noted.