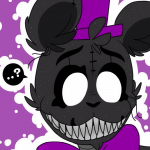 Link failed, but I fixed it anyways. I managed to decode all cards except for "Trap Stun", due to that damned symbol being in the way. So off to put them in Errata Articles as you're posting your comment below this line. --iFredCat 22:51, April 17, 2013 (UTC)

Sorry to destroy your dream, but [1]. Also, this. It also says that "Ariel" is an orphan and an expert summoner (hint hint), but Wynn and Winda are not the same. As soon as the Duel Terminal Master Guide translation is complete, I'll post it here on the Wikia. --UltimateKuriboh (talk • contribs) 12:32, March 28, 2013 (UTC)

Not dream, it's belief. So let's say that my universe has different path from what original universe (which you showed) writing on. I have nothing to against Goldy's thought, like I told him, the belief can be also an opinion so I am powerless to prove him wrong since you already proved this.
So if you do know a little bit about Sonic X show, I would say that Cream is part seedrian, part rabbit, but I don't have an evidence to prove that - however, that is the way I writing the story base on her. The rabbit that I selected in original show is full Rabbit, no matter what I have saying. Therefore, that's my "universe" path, which is unique compare to their path(es). --iFredCat 12:38, March 28, 2013 (UTC)

Well, although I appreciate the fact that you remembered that ruling, your answer wasn't really relevant to Gadjiltron's question. Eps01's answer, however, is correct. "Threatening Roar" isn't like "Swords of Revealing Light". —This unsigned comment was made by UltimateKuriboh (talk • contribs) 11:28, March 30, 2013‎

I know English isn't your first language, but I wanted to ask you to refrain from some worrying behaviour I've seen from you lately. Firstly, if Administrators are having a discussion with a user (especially when he's just been banned), please refrain from joining in. Joining in an argument lends legitimacy to that argument, and thwarts our attempts to keep it focused and on-topic. There's also the chance you may inflame an already-intense situation. Secondly, please don't openly gloat about things to other yes. Yes, you may have been right about Master D's IP address ranges. However, it is best to be the better person, and just remain silent on the issue.--TwoTailedFox (My Talk Page) 22:58, March 31, 2013 (UTC)

I'm guessing the argument part of this is something I should heed as well. I gave it some thought and decided my comment was unnecessary. Lord Grammaticus (talk • contribs) 23:01, March 31, 2013 (UTC)

Ah, what he means is, don't join in a discussion unless you have a different, helpful perspective to add in. @Grammaticus, your comment was okay, because it added a new perspective to the discussion. --UltimateKuriboh (talk • contribs) 23:03, March 31, 2013 (UTC)

No worry, I was just curious to know what was going on - but now I do know the reason why you had done all those ban-warring with Master D's stuffs. And right now, I stopped because I got a feeling that it will be like I am throwing in moar wood into the fire that Master D left behind, which you tried to shut down. I was just worry about you since you seemed little powerful and would be likely to crashing into something. But that better leaving unsaying. I have nothing to go against nor support you or Master D, as I have used my copycat ability on Deltaneos' neutral behavior.
So thank you for reminding me about this reason, Founder. I will keep that in the mind next time I see the new flame from the edit-warring, like Master D's. --iFredCat 00:31, April 1, 2013 (UTC)

It's not belated, you're just hit it right on today (still April 7 on my place - just nearly 9 PM as I am posting this comment). So thank you for your respond. Goldie also wished me a happy birthday on DN yesterday. --iFredCat 00:49, April 8, 2013 (UTC)

RE: Death to You

Yeah. Not in the way I would have described it, but yeah. Since "Zenmaines" saves itself through its effect, it is not destroyed by battle, therefore "Revived King" cannot negate its effects. --UltimateKuriboh (talk • contribs) 02:51, April 9, 2013 (UTC)

I don't understand why you had to revert my edit, the section I edited said "one of only five cards to have been Forbidden in the past but are now Unlimited." Chaos Sorcerer is not Unlimited anymore. Rycanthropy (talk • contribs) 13:37, April 9, 2013 (UTC)

Just saying, it might be a better idea to look carefully at the article before undoing a revision. Danipon was printed in Order of Chaos in the TCG, where the Problem Solving Card Text is still implemented. ChaosGallade (talk • contribs) 00:15, April 10, 2013 (UTC)

Those lines were breaking up to making the colon more difficult to notice - but I managed to notice that when I was about to reverting your edit for second time. But, my words still standing - Evidence or denied. --iFredCat 00:20, April 10, 2013 (UTC)

As much as I hated Dub version, I would like you to get an image of the Dub version when he activated Reload. I will go look through that episode in Sub at once. --iFredCat 19:31, April 18, 2013 (UTC)

Hi, thanks for getting back to me. Yeah, I was making a Crow deck and I thought that was pretty strange that Whirlwind was in there. I immediately and frantically checked both subbed and dubbed versions, thinking i could add such a powerful card to his deck but i just couldn't fine the proof of it anywhere.

As per your request I've never known how to add video/photos to the site but with your apparent experience here i'm certain you'll find one.

No worry, that's how I doing to keep the Edit-Warring off the site (for most of the time) - all you have to do is to find a YouTube video and copy/paste the link, tell when it was showing. I used to do that in the past, but I can't do it anymore now because I changed the computer factory - iMac don't supporting the photograph copy/paste as other kind that done those. --iFredCat 21:09, April 18, 2013 (UTC)

Interesting... but I can't watch Hulu due to having iMac (Like iPhone thingy, but for Computer version) not having that version. Not your fault for picking Hulu over Daily Motion. --iFredCat 00:35, April 19, 2013 (UTC)

So you're saying that the last card he held before he could completed the effect of "Reload" was never showing at all? That do making sense, no wonder why I am been drunk elephant all through the episodes and see the monkey dressing as clown, dancing on balloon ball and juggling the bowling pins. --iFredCat 01:38, April 19, 2013 (UTC)

I'm not sure exactly what you mean by the "drunk elephant" thing... but, yeah that's kind of what I've been saying, as far as I know Crow hasn't used whirlwind but it is noted as being held in his hand before "Reload" resolved in Crow's deck list page. Shame too, because it is strange a "Blackwing" user hasn't used one of the best "Blackwing" cards. I was thinking it should be deleted if others in the wikia community come to the same conclusion. 72.71.172.225 (talk) 03:10, April 19, 2013 (UTC)

Exactly, any card could have been shuffled back since it was not shown. Even if it were Whirlwind and he shuffled it back, there's just no honest way to tell. And actually, he only used "Reload" and acted like he had nothing (an obvious bluff that would make an opponent raise their guard) to make Lazar think he had drawn "Fake Feather" through "Reload" so that when Lazar would prevent one of his Traps from activating, he would affect "Trap Stun" and not his trump card "Fake Feather" (actually brilliant on Crow's part...) 72.71.172.225 (talk) 03:33, April 19, 2013 (UTC)

Retrieved from "https://yugioh.fandom.com/wiki/User_talk:FredCat100?oldid=2421699"
*Disclosure: Some of the links above are affiliate links, meaning, at no additional cost to you, Fandom will earn a commission if you click through and make a purchase. Community content is available under CC-BY-SA unless otherwise noted.