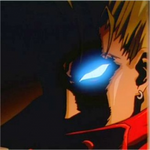 Nice collection of decks. I have the Ojama deck myself. But out of all the ones you have, the dragon and the spellcaster are the only ones that really interest me. Gladiator Beast Sapphireman 19:26, October 24, 2009 (UTC)

Hi, I'm bored and was looking through your decks and decided I'd give my opinion on your Dark Magician deck and see what you think. Feel free to ignore this if you want.

Anyway, I've recently built my own Dark Magician deck recently, though a major focus on mine is bringing out Dark Magician and either using him or going for one of his upgraded forms like Dark Magician Knight or Dark Eradicator Warlock to bring even more destruction. Some cards I've found useful for the deck that could be useful for you as well would be these:

I put it in the decklist only because I felt leaving it out in a list looked really ugly. If you want, I could post my Dark Magician deck, though it's no way even close to complete, at the moment. But yea, feel free to comment or ignore it as you wish.

hello there... I just want to ask you if you can make me a list or recommended cards for DArk Paladin and Sorcerer of Dark MAgic Combo... I know its kinda hard to summon both, but I like those kind of decks... please help

Retrieved from "https://yugioh.fandom.com/wiki/User_talk:Fawlker?oldid=1366914"
Community content is available under CC-BY-SA unless otherwise noted.