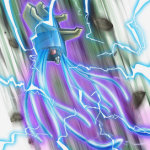 Vandalism from other user

Thanks for letting me know. I'm only letting him off with a temporary ban, based on his previous good-natured edits. --UltimateKuriboh (talk • contribs) 02:31, September 14, 2013 (UTC)

Try to avoid edit summaries like those when undoing edits; vandalism by salty duelists is an occupational hazard, just run with it. Lord Grammaticus 13:11, July 25, 2014 (UTC)

FAYAL, do not use hurtful comments such as "kill yourself" in edit summaries. The best way to deal with disruptive people is usually to just revert without responding to them. Thanks for making the fixes, though. --Golden Key (talk • contribs) 18:15, November 13, 2014 (UTC)

You aware that listing the Numbers with your own name, on a page that isn't your user page, is in no way convenient to anyone reading it if your not going to list the actual, official, names we have for them. It'll just confuse anyone reading into why they have different names for no apparent reason, other than you want to change them with no authority. Or, if you are going to ignore the official names, not following standard naming convention, such as you've done with 37/38, isn't going to help either. PhotonLegion95 (talk • contribs) 10:15, March 24, 2015 (UTC)

I'm going to wait for other admins to chime in on this, but since your list was made "For the sake of the people who are new to Yu-Gi-Oh", then I don't think giving some of the Numbers fan-made unofficial names is the best thing to do, especially since Viz Media has given them somewhat official English names. If you want to keep the fan-made names, then you can make your own list on a subuser page of yours, like User:FAYAL/Numbers. --UltimateKuriboh (talk • contribs) 16:32, March 24, 2015 (UTC)

Just a few points I'd like to make about your response on my tp.

1. What ever words you use to describe those names, thats your opinion. Which is fine. But, if your going to provide a list for people, and mean for it to be convenient, then it should use the exact name that is provided for it, or, if you really must use a fan-name, follow how they would be named in the TCG, e.g. name like those held by No. 37, are usually shortened to remove a lot of the waffle, in this case the "Hope Woven Dragon" would be lost and simply called "Spider Shark".

2. The names provided are not inconsequential. At this time, they are the only official acknowledgment of the names we have for those cards. The only time they will stop being so is if Konami change them. Until then, they are the names that should be used to reference them in any, non-peronsal (i.e. user space) capacity.

3. Calling them lame is completely subjective and I'm not even going to bother commenting further.

4. As the names given by an official source, they are not redundant. If a source higher in the hierarchy, in this case, the actual cards, comes along naming them something else, then, and only then will the cards become redundant.

5. If the list is meant for the purpose you say its meant for, a convenient way for people to know what "Number" monsters have appeared in what media form, that is not your opinion, that is a service you are providing, via the wiki, to interested parties. In that, you must be factual, objective and not pour your opinion on how they will be handled in to the mix. By using your "fan-names" on that page you are not doing any of this. Nor are you being convenient, as you claim, by presenting unconfirmed names, and linking them to the actual name, that is confusing if you want to label it as anything.

6. This is nothing like you editing my profile. What is in my user space, is in my interest. A talk page on the wiki is in the interest of the article in relates to or the convenience of the reader. What your comparing is making something less confusing, and more convenient to a reader, and what the wiki would consider vandalism.

7. No, not every name will matter. But, until we get Koanmi's names for these monsters, then the names provided by the english source material are the only ones that matter because they are the only official ones that we have to go by. PhotonLegion95 (talk • contribs) 18:41, March 24, 2015 (UTC)

Don't list speculation for monsters looking similar to characters from other media, unless you can state their specific similarities and the reason why they look similar. If you can't come up with a solid reason, don't bother adding the trivia. --UltimateKuriboh (talk • contribs) 14:33, August 21, 2015 (UTC)

Retrieved from "https://yugioh.fandom.com/wiki/User_talk:FAYAL?oldid=3165351"
*Disclosure: Some of the links above are affiliate links, meaning, at no additional cost to you, Fandom will earn a commission if you click through and make a purchase. Community content is available under CC-BY-SA unless otherwise noted.