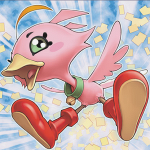 5,665 Edits since joining this wiki
May 14, 2013
0 Discussion posts
(Difference between revisions) | User:Elvin Kara

Thank you for all of the images you've uploaded. If you could upload them as pngs (and edit the respective galleries to have png instead of jpg links) it would also be greatly appreciated. Have a nice day. --Golden Key (talk • contribs) 17:00, June 19, 2013 (UTC)

Look no offence, but could you please provide a link/screenshot/something showing where your getting that information from? I mean no offence but from the episode preview - I think I outlined pretty clearly why the information given was inconclusive - so I'm presuming you were referring to preview from a magazine/something outside of the episode itself. -- Sardeth42 (talk • contribs) 10:49, June 25, 2013 (UTC)

Yes I can see a number which could be 96 or 69 depending which side its actually on considering the transparent-ish surface... Besides User:FredCat100 said that... [well perhaps a group vote as we both see to have differant ideas based on the same info?] -- Sardeth42 (talk • contribs) 11:28, June 25, 2013 (UTC)

The images you uploaded are not official proxies, they are real cards. This can be determined by the Card Number in the lower left corner of the cards. Please take care when naming images, but thank you for uploading them. --Golden Key (talk • contribs) 13:31, July 12, 2013 (UTC)

Keep in mind that sometimes new users are unaware that you can look at the page history and also leave comments. In the case of User:JerioTora, he didn't necessarily know that you warned him in your edit summary. If you revert a person's edits when they are making a long string of edits, and they show no signs of stopping, leave a message on their Talk Page explaining why you disagree with their edits and why they should stop. If they show no signs of stopping, leave a message at Forum:Admin noticeboard and an admin will take care of it. --UltimateKuriboh (talk • contribs) 13:29, August 17, 2013 (UTC)

Did you get the wrong card or maybe the wrong episode number in this edit? That episode aired years before "Black Luster Soldier - Envoy of the Beginning" was released. -- Deltaneos (talk) 19:58, August 28, 2013 (UTC)

Where did you obtain this image from? If you got it from a website, please offer the link, or if you got it from an episode, please tell me which episode and which part it came from. Otherwise, I'll delete and replace it after a week. --UltimateKuriboh (talk • contribs) 23:51, October 13, 2013 (UTC)

Are you sure "Harpie's Brother" was called as such in the English anime? We were discussing it on the talk page and didn't find any time where he was referred to by name. -- Deltaneos (talk) 16:13, October 19, 2013 (UTC)

Cite your sources then

I couldn't care less whether your the biggest fan ever or what, I do care that you cite your sources if it isn't already documented elsewhere on the wiki. No need to get so emotional --slave(command•works) 07:44, October 25, 2013 (UTC)

What is your rationale for moving this page? Please don't randomly move pages without giving a reason. Until the card's official English name is revealed, it should be at "Chawchou-chan" per Yu-Gi-Oh!:Translation. Cheesedude (talk • contribs) 16:27, October 28, 2013 (UTC)

hi, I'm new, sorry I thought that proxy would be better xD. thanks for the lesson :D

Please, if you're going to move card pages to a new name, make sure of two things. 1) Move ALL the other pages associated with that page along with it. That includes "Card Gallery", "Card Tips" etc. Whenever you move the main card page, some green boxes should appear telling you to move the other pages. 2) Look at the card and make sure you have the correct card name. An example being "Survival of the Fittest", which you called "Survival Of The Fittest". Yes, caps matter. --UltimateKuriboh (talk • contribs) 14:23, November 1, 2013 (UTC)

When you move a card page, a green box should appear at the top of the page, with white boxes in it telling which sub card pages to move. It should look like this. In that case, you click the "move" link in each of those white boxes. --UltimateKuriboh (talk • contribs) 08:12, November 24, 2013 (UTC)

Sorry, I failed to look at picture before starting a flame war.Over-HundredLegendaryChaosShiningNumbers (talk • contribs) 10:03, November 3, 2013 (UTC)

Hey Elvin. There's no need to fiddle with the image, it's just a cache issue. Your newly uploaded image of the card will display eventually. Probably. --Golden Key (talk • contribs) 13:31, November 8, 2013 (UTC)

Please refrain from putting in your own translations of Japanese content. You've gone about this in an unprofessional manner, at one point creating a page called "Genyousomething Mitla" before eventually moving it. You've also created a false alarm in the Yu-Gi-Oh! community about "Bujinsurrection", as you neglected to put in either instance of "Bujin" in its effect text. Your PSCT for the card pages you make is atrocious. It is clear that you have an amateur's grasp on the Japanese language and on card text in general. If you ignore this and continue to take your own initiative in providing translations on this Wiki, there will be repercussions. However, you are allowed to make translation suggestions on Talk Pages and forums. --UltimateKuriboh (talk • contribs) 01:14, November 14, 2013 (UTC)

How did you find out about Number 28?Over-HundredLegendaryChaosShiningNumbers (talk • contribs) 14:41, November 16, 2013 (UTC)

This is your last warning. If you try to move something based on a Japanese translation again, you will be blocked as a reminder. (I'm talking about "Light Dragon Ritual" in this case.) --UltimateKuriboh (talk • contribs) 17:54, November 17, 2013 (UTC)

An experienced translator would know that "koushi" is the literal Japanese word for "Photon" ("koushi" is in the name of "Light Dragon Ritual"). However, as seen on the "Photon" page, a card that has "koushi" in its name does not count as a "Photon" card. Cards whose effects refer to "Photon" cards do not use "koushi" when referring to "Photon" cards.
And finally, you were wrong on "Sacred Shinra Peak" placing monsters on the top of the Deck; it can place cards. That's what you get for trying to translate from an online source instead of actually reading the card, which you apparently can't do. I'm keeping my promise and blocking you for a week. You are allowed to edit your User Talk Page in the meantime. --UltimateKuriboh (talk • contribs) 17:51, November 18, 2013 (UTC)

Regardless, you have ignored my warnings and have continued to translate. This is not a permanent block; it just serves as a reminder not to translate. Also, if you continue to translate after your block has expired in 1 week, you'll be blocked again for a longer period of time. --UltimateKuriboh (talk • contribs) 18:55, November 18, 2013 (UTC)

TCG cards are fine. However, if you are uploading recently spoiled OCG cards, I'm going to have to ask you upload them with a random name (no Japanese characters, but a random series of letters and numbers). They'll later be renamed. --UltimateKuriboh (talk • contribs) 18:13, November 20, 2013 (UTC)

If they're low-quality, why would you be interested in them (lol)? I think the images Elvin uploaded were of higher quality than the .jpg duplicates. --UltimateKuriboh (talk • contribs) 21:37, November 25, 2013 (UTC)

That low quality images better than urs high quality. If you have high quality, you can upload it. And if you need for high quality, give me your source for upload pictures. Elvin Kara (talk • contribs) 14:11, November 26, 2013 (UTC)

Also, use this site when converting them: http://image.online-convert.com/convert-to-png and set it to Best Quality and check Enhance. Simple Guillotine (talk • contribs) 17:10, November 26, 2013 (UTC)

There's no point re-saving a JPEG image as a PNG one, you're not going to get a better quality image out of nowhere. The idea is to find a better image that's been natively saved as PNG.--TwoTailedFox (My Talk Page) 19:14, November 26, 2013 (UTC)

That's almost impossible. Almost all of the images we upload are converted from jpg. to png. because of the "jpg specks" which show up when they're compressed. Simple Guillotine (talk • contribs) 20:35, November 26, 2013 (UTC)

If you're going to upload card images, then fill in the Template:OCG-TCG card image in the description. Simple Guillotine (talk • contribs) 18:15, November 28, 2013 (UTC)

For OCG images from booster packs, just paste this in, as an example, and change the parameters according to the related card:

Lets try to avoid this edit war. There is absolutely ZERO reason to assume otherwise. There is a pattern with the Chaos Numbers. Again, barring C101, but C101 doesn't even matter because it lacks the text point I'm making.

ALL Chaos Numbers that are summoned through a rank-up magic, require 1 material more than their predecessor. This much is absolutely guarenteed.

As for the other point. Look at EVERY OTHER CHAOS NUMBER with the same situation. Oh look! theres a Dot. Oh look what accompanies it! -If this card has ___ as a material, blah blah you get the point- The evidence adds up. IF we didn't have the actual text on the image, I'd be fully agreeing with you. But since the text IS there, its pretty much guarenteed. --With Dyson Sphere at my side, the universe will kneel before me. - DysonSlinky (talk • contribs) 17:34, December 18, 2013 (UTC)

Retrieved from "https://yugioh.fandom.com/wiki/User_talk:Elvin_Kara?oldid=2651353"
*Disclosure: Some of the links above are affiliate links, meaning, at no additional cost to you, Fandom will earn a commission if you click through and make a purchase. Community content is available under CC-BY-SA unless otherwise noted.