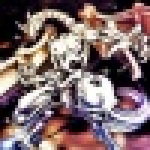 Remember to enclose the code with double curly brackets to activate the code. --Gadjiltron 01:04, 5 June 2009 (UTC)

I am willing to give advice concerning Junk/Yusei Decks to those who need it. I don't really want to gloat, but fell that I can lead ayone who wants to build a Junk Deck in the right direction, being that I have one myself, one that I have worked very hard on. Thanks!

Okay. It seems that most people are. Hey if you're free right now, do you want to do an online duel? If you do, here's how it'll work:

Okay, then. I was hoping to get a chance to duel your Junk deck - it would be a formidable opponent, I'm sure. As you've really had a lot of experience with Synchro-based decks, would you check out my Puppet deck? Runer5h 01:08, 14 June 2009 (UTC)Runer5h

Hahahaha... oh well. Well, even though I can't duel, feel free to keep a tab on my Advanced Junk/Yusei Deck!

RE: Elemental Hero version or DAD-Return

I will my Dragon Synchro Beatdown, which there is a decklist for on my userpage. I'm not sure ho to do this online, so could you help me out. Messengerofthedark 20:19, 21 June 2009 (UTC)Messengerofthedark

Great duel, man. You can blame your loss on the near broken strategy of my Gladiator Beasts. I will continue to help your deck modification on the Deck Help Forum. I hope we can duel again one day. --Blue-Eyes White Kid

Hi E-Dizzle, sorry to sound like I was eavesdropping but I think that's a great idea and can I join in, also by a deck based on an animal do you mean something like a Venom deck for Snakes and a deck based on Rescue Cat for cats (obviously) or something different? --Trivi-AM 17:32, 1 July 2009 (UTC)

E-Dizzle. I accept this proposition. I believe we should make an announcement on this contest. There are several contestants. Perhaps a new Topic that states Deck Competition 4. :D Other than that... count me in.--Overlordzorc 03:52, 2 July 2009 (UTC)

Please sign me up! I call(ed) cats. This is bewk, despite the odd signature. -bewk

For the animal contest, do you consider people to be animals since there under the animal kingdom.I want to use my ice barrier if they fall under the type.--Airbellum 02:09, 3 July 2009 (UTC)

To which degree does our deck have to be 'devoted' to our animal? (In terms of monster percentage, the win condition revolving around the animal etc.) 3-D 05:20, 3 July 2009 (UTC)

In your message, did you mean that I can post the deck now on the thread you started?
-bewk

Yeah. I might have chosen cats - I have a cat. Anyways, have all of the contestants for the animal contest submitted decks?

Also, how do you like this idea for the 4th deck contest; Deckromancy? Try to resurrect a deck that has been killed by a banlist. Runer5h 18:05, 5 July 2009 (UTC)Runer5h

Hey, you incidentally haven't answered my question; have all the contestants for the Animal deck contest submitted their decks? Runer5h 18:41, 5 July 2009 (UTC)Runer5h

No duel right yet.

I don't see how that would work, as most starter decks barely have a core strategy - how do you improve upon it when there's nothing to improve upon? It's an interesting idea, but I don't think it's really viable. Runer5h 14:30, 9 July 2009 (UTC)Runer5h

What you may want to do with your Savior Deck.

What you may want to do with your Savior Deck is to make it into a sort of Quillbolt Loop, so you can continue to use Quillbolt over and Over. Vehicroidsrage 18:14, 9 July 2009 (UTC)

Sorry, I cannot. I have a very busy schedule this summer, and will most likely be busy whenever you are awake. If I am open, I will leave you a message as soon as possible. By the way, your WDC 4 deck was very interesting. -bewk

Hey man you wanna duel against my Dust Deck I haven't yet tried it on the forum so if you wanna duel respond on my talk page (oh and if you can rate my decks in their poles that would be sick) Attribute 02:03, 20 July 2009 (UTC)

I'm trying to make a good side deck for my Perfect Lady Monarchs deck, which is coming along fairly nicely. So, here it is.

Fortune Lady Firey is already in the deck; I'd side a second one in for decks making use of OTK pushes. The Lighty-to-Firey combo can come out of nowhere and is utterly devastating, in the people-hate-you kind of way. So, I guess you could call it tech against many decks, such as Lightsworn and Blackwings packing DAD. Hero's Rule 2 is general purpose tech as well, given so much reliance on the grave these days. Twister can help against Blackwings (eradicates Black Whirlwind), beatdown (most of which rely heavily on spells and traps), and others (I bet Skill Drain would be a hassle, as would anything packing Royal Oppression). Threatening Roar is good anti-OTK tech and keeps me alive that much longer. Deck Devastation Virus is, I suppose, tech against you: or at least, Synchro decks in general. They use so many low-ATK monsters to bring out the big ones. Ally Bomb is very specifically Lightsworn tech (though I suppose it would work against Counter Fairies or some sort of Light Skill Drain). Malevolent Catastrophe punishes all sorts of decks and overextensions. Sirocco seems odd, I know; but its effect counts my opponent's Blackwings as well. That means huge comebacks. For that matter, Gorz does too - the ultimate nasty surprise. Finally, My Body as a Shield can be used against Sakuretsu and Mirror Force from my hand, or it could block the aforementioned OTK pushes.

I will, in a short amount of time. I am extremely busy at the moment with so many things going. -bewk

The guys at the Deck Guide forum said no. I voted for you, BTW. And, in a second, I will help out your new deck help forum. -bewk

Nice to see you back.

Check the Duel Terminal. And please post your decklist, along with any comments.

Retrieved from "https://yugioh.fandom.com/wiki/User_talk:E-Dizzle?oldid=1574299"
*Disclosure: Some of the links above are affiliate links, meaning, at no additional cost to you, Fandom will earn a commission if you click through and make a purchase. Community content is available under CC-BY-SA unless otherwise noted.