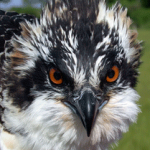 Hi, you may have seen my name before....or not. I'm a long time user of this wiki, and I'm on pretty much every day. It's sad how little activity there is in our forums these days. I've always wanted to become a deck builder, but I didn't make an application because I am not up to date with the meta. I do help out very frequently in the Deck Help section of the forum.

In my personal opinion I would say I'm a Fairy-type expert, and building themed decks is my strength. I do very poorly with mixed themes, such as Chaos Dragons, Twilight, Dino-Rabbits, etc.

Re: This should be fun?!

Hey Ace, I'm sorry about this deck taking a while. I'm just a little unsure of how to effectivly bring out Rasca. I know that there is Black Garden but then I would pretty much be remaking your deck in the archives. Also I've been a little busy with graduation parties and family stuff. So I'll try to get something together within the next few days. Hastydemon2 (talk • contribs) 16:46, July 2, 2012 (UTC)

I know this probably isn't the best deck, since it has a few flaws to it, but it works. A little strange of a combination in my opinion. Some how it seems to catch people off gaurd since its not the average deck one would see.

Since Black Garden gives my opponent tokens, you could use that against them so they can't swarm the field with low levels, with Summoner Monk toss a spell that may be unneeded give them 2 tokens then Xyz into a rank 4 and then their field is pretty much taken care of. Rasca can be easily summoned when he gets into your hand with the amount of high attack power monsters and Snowman Eater that stay around for a little while. And when Rasca does hit the field there is usually an extra monster or 2 and 2-3 traps that may have been unneeded at the time, so his effect would be able to work most of the time is the opponent has the right amount of cards in their hand. Hastydemon2 (talk • contribs) 16:18, July 5, 2012 (UTC)

I'll get something in my profile. But I was debating over putting in Super Poly or not, since I didn't really leave a lot of space for other cards, and I know that I put a lot of emphasis on the Hero part but I felt as if I needed something that could get Rasca out quickly while being able to hold its own without him out. Hastydemon2 (talk • contribs) 19:19, July 5, 2012 (UTC)

I think for now I'll just try to make some decks on my own that I've been wanting to try out, then most likely apply in a little while. Thanks for all your help Ace. Hastydemon2 (talk • contribs) 15:33, July 6, 2012 (UTC)

Hey, sorry I haven't had much computer access recently, but I finally got to working on that flame tiger deck. Here it is.

Beast sould swap is mostly a tech, but if you don't want it in there just replace it with a reckless greed. Also, this deck is very capable of pulling off xyz's that require 3 monsters. Maniac56 (talk • contribs) 21:01, July 2, 2012 (UTC)

There was actually supposed to be 3 Firedogs, I don't know what happened. Also, I feel as if you're just trying to turn my decks into decks from the articles. That Wilson guy's deck is anti-meta, while mine is meant to be slightly meta. Wild nature's release should always be activated with beast soul swap face down, so you can keep your monster and get a free and powerful attack. But in the future, what would stop me from just copying a tourny winning deck article for a request if I was a deckbuilder? Or is that the point? I'm not mad at all, I'm genuinely curious. Maniac56 (talk • contribs) 12:41, July 3, 2012 (UTC)

To be honest, I didn't realize that there were regular articles like this, and didn't even know that website existed until about 3 months ago, and didn't look at it enough to care about everything on there, so if you could do me a favor and post the url for the page with a table of contents or a list of the articles on there so i can start keeping up with those.

Also just a question, I don't like yellow baboon either that much, i put him in to take up space, but why isn't green baboon good? 1000 LP for a strong beatstick that can be equipped with a horn? I actually would rather use that and pay 1000 LP than pay half my life points or 2000 LP to stop one card when 1000 LP can help me get rid of a lot of monsters.

I read your recent WANTED Sign for Deck Builders and I've created a simple, yet rough 14 step guide for beginners and intermediates to become better Deck Builders. If you wish to check it out, I posted it on my TALK PAGE.

Well I have to say I really enjoyed this deck for some reason.

Thoughts on your thoughts

Well, I added zero only because he's capable of so much, and only takes a future fusion to get out, and with the draw power of this deck, is pretty easy to get Also, I figured with all the destruction and protection the deck already has, it didn't need mst or solemns, but I have no idea where you got torrential from. Safe zone is there to help linx or yagan, which would provide excellent draw power, or create a small barrier with yagan and xex, respectfully. Also Future fusion helps power Ananta, tentacles, victory (which with nebula, is easy to get on the field) and monster reborn. And Return, it's fueled by Zero, Ananta, Tentacles, Yagan, and BLS, so I could just ignore that potential little otk. Seriously though, with the draw power in this deck, The solemns arent needed, but if you still wanted them, I guess you could drop a linx, victory, and a safe zone. But again, these are just my thoughts. Maniac56 (talk • contribs) 21:14, July 5, 2012 (UTC)

Future Fusion is a multi-purpose card, for zero and for fueling other cards effects. Ananta is also a great out to sticky situations when you need it, and you cant argue that a return before a major play isn't a good way to get rid of any facedown torrential or solemns, as well as being a way to continue if they do have an out to ananta. Like I said, you could probably take out a linx, victory, and safe zone for the solemns, and torrential isn't needed when the main backbone of the deck gets rid of any monster they might have, especially with how easy it is to spam it. Dealing with opponent's monsters is something this arch type doesn't have a problem with. Maniac56 (talk • contribs) 21:31, July 5, 2012 (UTC)

Ok, could you give me another deck to practice on? And don't be afraid to point out everything you don't like, Humanity would be no where if at least someone didn't point out another's flaws. Maniac56 (talk • contribs) 21:46, July 5, 2012 (UTC)

Thanks Dark Ace, I think a sub-page would be nice, so it could remove a bit of stress on the staff.

Also, I'll modifiy STEP 8 to be less confusing and offer an example; however, as for STEP 9, I was unable to post the link or place the link in the guide since it apparently wouldn't let me add the link to the post without it suggesting it was some sort of spam or autobot.

Retrieved from "https://yugioh.fandom.com/wiki/User_talk:Dark_Ace_SP?oldid=2003096"
*Disclosure: Some of the links above are affiliate links, meaning, at no additional cost to you, Fandom will earn a commission if you click through and make a purchase. Community content is available under CC-BY-SA unless otherwise noted.