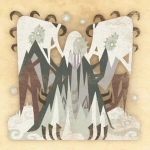 As you can see, I had already done that. Try purging the page where you're seeing the glitch first. Then, if it still appears duplicated, do that glitch fixing move. Becasita Pendulum (talk • contribs) 17:34, May 16, 2016 (UTC)

Cup of Ace was wrongly added as related by a new user. The related category, by my understanding, is for cards that are directly related to an archetype but do not support it as a whole. Examples would be cards that support a single member of an archetype or cards that are counterparts of a member. That Arcana Force page list was made so that the other cards named would still be recognized without having to go in the related category. --Golden Key (talk • contribs) 10:58, August 22, 2017 (UTC)

Redirects on the main namespace

Hi there. Please don't tag redirects on the main namespace for deletion (like this), unless it's necessary to make space for moves. Those redirects are, in general, useful for searching and data fetch. Becasita Pendulum (talk • contribs) 19:09, November 7, 2017 (UTC)

«Otherwise I would it potentially problematic when you've got multiple redirects going to the same page that isn't something like a character page for a series that has multiple characters that have too little info to justify having their own individual pages.»
Why? And this doesn't happen. Typically, only card pages get more redirects than usual. Sure, for some pages is bad, like talk pages, because you'll have some page talk page with content there that has nothing to do with the article that talk page is for, because you'll have the redirect to another page. Though even there, it could be useful since it may be linked through external sources. But the deletion log provided on the page should be fine enough, since it works like a pseudo soft redirect. For pages like card Gallery/Errata/Trivia/Tips/etc., since those pages are semantically associated with their main card page, it may cause some bugs and issues, as we have had in the past. Besides, they are secondary pages; people will hardly search for, say, Card Gallery:Mermail Abyssaraki (may happen, though, as all things, especially if you search by namespace).
However, for article pages, it is indeed useful. To start, some people might still address or remember the card as the previous name it had (e.g., "Swaying Gaze", "Wavering Eyes"). (I gotta say that, personally, I sometimes only recall the non official name on this card.). Second, it does help searching. Not only because of what was aforementioned, but because it may help when people type with typos or if external sources still link to it. Finally, it causes no harm, in general. The only way it could potentially cause harm would be if another card would have that name. In such cases (they happen, true), the redirect should be tagged for deletion (but only then).
Both these reasons also serve to justify why we have a redirect named MST for "Mystical Space Typhoon".
Also, saying «changing from the Japanese name to the official English one» is kind of erroneous, since we almost never use the Japanese name (sometimes we do: Special:Diff/3068347. But note that in those cases we do not leave a redirect). What you mean is "the first unofficial English name", I'd guess. Which doesn't matter. Cards, when they are revealed, tend to have an unofficial English name assigned to them (that normally comes from the Japanese name, yeah) and then that unofficial name might be changed (there are exceptions!, of course). But if the name was around long enough (some days is enough), it might be useful to leave them as a redirect. Especially during a short time after the page has been moved. Maybe in the future, those redirects might eventually be deleted. As a general rule, there's no need to bother with them much.
Finally, for the navbox matter: I intend to mess with it if no one does in the meantime, because it makes sense to have it like that, of course. Just haven't been having much time to do so. Becasita Pendulum (talk • contribs) 13:15, November 8, 2017 (UTC)

yeah i have seen this on other pages before but i didn't know what the problem was. You might check other (archetype) pages too if it has the same problem --hanmac (talk • contribs) 05:52, April 4, 2018 (UTC)

Retrieved from "https://yugioh.fandom.com/wiki/User_talk:Chimera-gui?oldid=3944735"
*Disclosure: Some of the links above are affiliate links, meaning, at no additional cost to you, Fandom will earn a commission if you click through and make a purchase. Community content is available under CC-BY-SA unless otherwise noted.