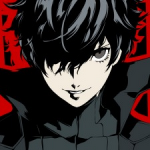 So 3 of our deckbuilders will come to your talk page and ask you to create a deck. We'll then judge you based on your deck. We'll then let you know if you passed or if you failed to meet our expectations.

Ace's Test - Build me a deck based around Thunder End Dragon.

Blaze's Test - I'd like to see a deck based around Shinato, King of a Higher Plane from you.

Wolf's Test - I want to see you make a deck based around Number 7: Lucky Straight.

Is there a reason you marked that page for deletion? Please note your reasons in the deletion template in the future. --Golden Key (talk • contribs) 17:00, July 16, 2012 (UTC)

The results are being posted late, sorry for this, I usually do this, but I was busy with life.

As a group, we thought you did fairly well. You followed the basics of building decks, and we all liked the decks, we did have some things to complain about. We listed them below.

Just take that into consideration, and due note that we're giving you a trial period, if you can survive it and make good decks that people are happy with, we'll add your name into the staff box. ---Dark Ace SP (Talk) 13:21, August 15, 2012 (UTC)

Thank you for the analysis for my decks and consideration overall. As for that oddball stuff, I wanted to explore new (or forgotten) about in the current state of the game just to "mix things up a bit". I am glad for the constructive criticism and advice as it helps in furthering my skills for future decks. :) Xerdek! (talk • contribs) 13:56, August 15, 2012 (UTC)

Anyway, just remember to actually do some requests, we've hired people like this before, and for some reason, or another they weren't able to really do anything, it makes the process irrelevant, and makes annoys me, Wolf, and Lappy. (Half of the old staff is gone, without much explanation, and the new staff isn't perfect in getting the requests done, I realize some requests are really just odd, but doing some of them helps lighten the load) Although I can understand that life can really get in the way. Anyway, just remember to reply on my talk page, as I won't check yours often. ---Dark Ace SP (Talk) 15:29, August 18, 2012 (UTC)

I was using reverse psychology. By making the vandal feel that they have such skills that I stated, they are remorseful and stop further vandalizing the page. Of course, that only works on a reasonable human being, which this person is most likely not based on continuous negligence. Xerdek! (talk • contribs) 20:53, September 3, 2012 (UTC)

Glad you understand. And, I'll just report vandals from now on. I guess reasoning isn't the best over the internet, especially with people like them. XD Xerdek! (talk • contribs) 02:29, September 7, 2012 (UTC)

Because, many effects listed on the old lore were assumptions made by editors. The effect I posted directly corresponds with what was listed in the anime. Xerdek! (talk • contribs) 21:17, October 13, 2012 (UTC)

Sorry, about that. UltimateKuriboh the guy whom I trust with the anime lore did a Legendary Dragons simplicity for "The Eye of Timaeus", so I make sure that other have something similar to "The Eye of Timaeus's" card text. Does the new lore work for you. Also, I notice you did a PSCT for The Seal of Orichalcos anime lore, I about to ask him to make it something similar to the past. Are you ok, with it? WinterNightmare (talk • contribs) 00:25, October 15, 2012 (UTC)

No, PSCT should not be used for old anime cards. Current consensus is to not do that. If you disagree, feel free to start a forum discussion about it. Consensus can change, after all. Cheesedude (talk • contribs) 00:35, October 15, 2012 (UTC)

Retrieved from "https://yugioh.fandom.com/wiki/User_talk:Chimera-XIII?oldid=2682557"
*Disclosure: Some of the links above are affiliate links, meaning, at no additional cost to you, Fandom will earn a commission if you click through and make a purchase. Community content is available under CC-BY-SA unless otherwise noted.