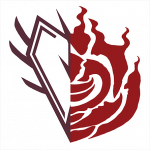 You asked why I keep "changing your edits". It is because that old lore you keep promoting is outdated and very flawed. The new lore is more accurate to what occured in the Anime. Oh, and welcome to the Wiki. Xerdek! (talk • contribs) 21:18, October 13, 2012 (UTC)

There has been a long discussion about the name of this monster already, and we've finally reached an agreement. If you have extra points to add, bring them up on that talk page. Otherwise, stop changing the name.--YamiWheeler (talk • contribs) 02:46, November 4, 2012 (UTC)

Please... be sure to put File:Imageherewhichever in the Image line, not at bottom of the template. As well as giving an explanation of why they are different from each other. What you had done recently was just bad enough to deleting. Study other Artwork Article before go ahead and post it, it will help you understand the reason of your mistake. --iFredCat 18:03, January 4, 2013 (UTC)

Dude, please. Look at how you have messed up the artwork pages that you have created, such as Card Artworks:Grinder Token. Please go back and fix them. It is best in this case to look at other artwork pages, so you can do it correctly. --UltimateKuriboh (talk • contribs) 20:41, January 4, 2013 (UTC)

Regarding "Number" and "Numbers"

Do you know how to look at the history of a page? Just click on the drop-down arrow next to the Edit button. There, you can see the reasons supplied by users for their edits (if any). I say this because some of your edits have been undone and you seem to keep editing them despite our reasons.
Also, you seem to have yet to realize that Nanbā (as seen in the Japanese names of "Clock Knight 3" and "Clock Knight 12", meaning "Number") and Nanbāzu (as seen in the Japanese names of the "Number" monsters, meaning "Numbers") are singular and plural, respectively. You keep changing the literal translation of the plural Japanese "Nanbāzu" into the singular English "Number". Please stop. Even though Konami has translated this into "Number", they don't always directly translate the Japanese names. A good example is "Celtic Guardian", the Japanese name of which actually translates into the English "Elf Swordsman".) We like to make a note of stuff like this, so please stop changing the names. --UltimateKuriboh (talk • contribs) 06:45, January 15, 2013 (UTC)

"Cannot be destroyed by battle"

It comes from the latest errata of cards like "Marshmallon", "Spirit Reaper" and "Blackwing Armor Master". "Number 92: Heart-eartH Dragon" seems to break this trend, but has that "also" clause. This wording is not set in stone yet, and it will require future errata of cards that have the effect "This card cannot be destroyed by battle" to eventually establish it. I was the one who came up with it originally. --UltimateKuriboh (talk • contribs) 02:48, January 23, 2013 (UTC)

I know you're trying to help, but please stop rotating the images if it leads to white being seen at the edges. I would hate to have to block you from editing for something like this. --Golden Key (talk • contribs) 03:36, March 3, 2013 (UTC)

I reverted your edits regarding "Ultimate Mine". There is no proof in the anime that it is DARK, Fiend-Type, and has 0 ATK. Those stats were merely speculation, as the Japanese anime text is virtually unreadable. The fact that the Token inflicts damage only when it is destroyed is supported by what Bolt Tanner said in the original Japanese episode; he said nothing about it inflicting damage when it left the field. --UltimateKuriboh (talk • contribs) 02:49, May 31, 2013 (UTC)

I don't appreciate you not answering questions. I know you can reply to people. If you looked at the history of "Name of a Friend", you would see that Cheesedude reverted your edit and why he did so. I'd hate to block you temporarily to remind you to add sources for your edit. Consider this a last warning. --UltimateKuriboh (talk • contribs) 05:04, June 10, 2013 (UTC)

Well, that's much better. In the future, it would be nice if you wrote in your edit summary what your edit was about. For the card names, just explain which Tag Force game you got it from. Sorry for the confusion. (As a side note, if you can view the Tag Force cards that only appeared in the anime, it would also be nice if you put down their Tag Force lores as well, even if they are the same as the current lore.) --UltimateKuriboh (talk • contribs) 06:26, June 10, 2013 (UTC)

The card was not named in the dub. Brubio, I doubt you are knowledgeable in Japanese. Unless you are an experienced Japanese translator, I strongly suggest you stop adding translated names to card articles. (Also, the Japanese kanji for "Envoy" used in the names of "Chaos Emperor Dragon - Envoy of the End" and "Black Luster Soldier - Envoy of the Beginning" is
not in the name of "Chaos End Ruler -Ruler of the Beginning and the End-".) --UltimateKuriboh (talk • contribs) 17:15, June 5, 2013 (UTC)

The images you recently uploaded are just the name of the card and jpg at the end. If you look at how other images of cards are named, you'll see you're leaving out a lot of information. --Golden Key (talk • contribs) 09:23, July 21, 2013 (UTC)

Retrieved from "https://yugioh.fandom.com/wiki/User_talk:Brubio1010?oldid=2521297"
*Disclosure: Some of the links above are affiliate links, meaning, at no additional cost to you, Fandom will earn a commission if you click through and make a purchase. Community content is available under CC-BY-SA unless otherwise noted.