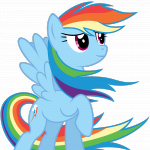 Well i saw in episode 154 that he can be summond by Poly.

Hey i was just wondering would necrovalley stop the special summoning effect of dark world cards since it negates an effect that affects a card(s) in the graveyard, targets the dark world monster and also since its effect activates from ur hand(when you discard) and not from ur graveyard? and why cant it stop the effect of lord vampire or tree born frog since they both target and affect card(s) in the graveyard? ~ Neva

Hey... I couldn't help but notice that someone was adding excessive categories to the card articles. I see you allowed type and attribute... wondering if the others were "allowed" or just a rouge editor going crazy. L8r --Pcouw 19:40, 13 August 2007 (UTC)

She was doing me a favor getting started. I announced my intentions and started adding categories a few days ago. Now all the sudden, everyone's bitching. I was trying to bring a little organization to the complete mess that is the TCG and OCG categories. There's so many articles, you can hardly find anything. If someone had a problem with what I intended to do, why didn't someone say something when I was making the categories back on Thursday? --TheJackal 20:24, 13 August 2007 (UTC)

I had a talk with Ly. I frankly don't want anything to do with this wikia, and most specifically, you bitches, anymore. She IS willing to go back and make the changes you want. And for your information, it's not YOUR wikia. When you pay for the web space, THEN it would be yours. --TheJackal 20:27, 14 August 2007 (UTC)

Why do you have the picture that you currently have on the Horakhti the Creator of Light instead of mine? It makes no sense to have a card that someone obviously made on their computer instead of the real deal . Why? Isaac Aday 15:34, 15 August 2007 (UTC)

Not relevant compared to the aformentioned information

I understand you've been busy, but if you find the time there's a few things I'd like to discuss.

Do you know any online stores that's sells yugioh card that could be trusted or in other words legit? and is stop2shop.com one of them?

Mirror Force in the state of arizona is known as jihad

In the Big 5 article, I changed "Lector's" name to the official spelling, Leichter, but you changed it back. Did it state elsewhere how it was spelled?

How have you been

Erratas between first and unlimited

Mind changing it? Thanks to you, no one else can.

Horakhti the Creator of Light

I hate to break it to you but I have the chapter where this card is summoned in the manga and the name is incorrect. The name in the english manga is The Creator God of Light Horakhty. Please change the name to reflect this as soon as possible. If you need proof I can upload the image from the manga. Big Boss 0 02:32, 4 September 2007 (UTC)

My friend User: Volcana has forgotten his password. I was wondering if you would be able to e-mail his password to him so that he can log on again. Big Boss 0 20:35, 6 September 2007 (UTC)

I added a section of ideas for improvement to the Main Page talk, I thought you might want to see them as you are the founder. Talk:Main Page#Wiki Improvement Ideas. ~NOTASTAFF Daniel Friesen-local (DanTMan, Nadir Seen Fire) (talk|local) Sep 16, 2007 @ 03:00 (UTC)

A category based search isn't something anything we've got is really capable of. But categorization of things is good to help people find things. You can actually do some things with the syntax of templates used to automatically add certain categories. Also, Wikia has the new version of DPL installed. So if you do categorize things and use templates which use parameters in certain formats it's actually possible to use DPL to dynamically generate a list of cards and also display a short summary of that information inside of that table list.
It's not out yet, but a little something that may interest you is that once the new version is released Wikia intends to install Semantic MediaWiki around Wikia. SMW has some very interesting features. It would be possible to tag the card articles with attributes like Dark, Spell, etc... and that would actually have some interesting results. If you look at this you'll see the box at the bottom of the page. That's created because of the use of things like [[Name:=Centiare]] inside the article. That doubles for link creation, and also adds that data to the article as an attribute. This data is shown in a box at the bottom of the page, can be accessed through an RDF page (Giving the site an instant API to grab card data from the attributes), and is also browseable. Someone can jump around the various Dark/Light/etc... cards, list them, and even cross them with other attributes. ie: List all cards which have a Dark Attribute, are of the Spellcaster type, and have an Effect. It's also much more stable for creating those lists I mentioned you could do with DPL because we're not messing with Template params. ~NOTASTAFF Daniel Friesen-local (DanTMan, Nadir Seen Fire) (talk) Sep 17, 2007 @ 20:09 (UTC)

How do you want me to include in the Show/Hide Scripts? I use a nice technique in Wikia ACG which lets me keep the JS on separate pages, but still loads it all from one page meaning that there's less pages for the browser to load. But that only works when you're referencing JS/CSS from another page like how in Wikia ACG all the wiki reference a shared set of JS/CSS. I could get the Show/Hide here in one of 3 ways:
~NOTASTAFF Daniel Friesen-local (DanTMan, Nadir Seen Fire) (talk) Sep 17, 2007 @ 22:59 (UTC)

Most likely you're copying the wrong scripts to include the global stuff. Wikia ACG's shared stuff is located at [[Anime:Anime:Monobook:Anime-Common.js, Anime:MediaWiki:Anime-Common.css, and Anime:MediaWiki:Anime-Monobook.css. You probably copied the code from the Animepedia, which was the wrong one to copy from. The mid-level and lower-level wiki are the ones which have the code to reference the stuff. But don't worry I know what will work.
So you like the Wikia ACG system!? I should actually show you the stuff in the project, the project does have the shared CSS/JS, but there are also some other things. Mainly pages which are synced across the entire project. In simple terms, shared Templates. ^_^ heh... compared to the Yu-Gi-Oh! Wiki, consider the project underdeveloped in Users and Content, but overdeveloped in Template, CSS, and JS Quality. I actually didn't consider talking to the Yu-Gi-Oh! Wiki about joining the project until after it grew to a good large size. But I could always compare the wiki's stuff with the stuff in the project to see if there are any technical issues. And discuss it with the community. Right now the project has more Technical things like Templates, CSS, JS, and Bots than it has policies. Which is kinda what the wiki looks like it needs... So against what I thought, joining now might actually fit. ~NOTASTAFF Daniel Friesen-local (DanTMan, Nadir Seen Fire) (talk) Sep 18, 2007 @ 08:23 (UTC)

Don't kill me for this

Is there *any* differences at all? (Ignoring the little square mark on the corner, yeah, big deal.) So, I'm going to delete the ones that are mirror replicas, because my logic is Anime pics = have to be different from their OCG/TCG counterparts. Luckily, most of the pics from DM is automatically exempt from this genocide, as well as the manga card images, English images, and images that portray the holographic monster and not just the card. But a lot of the GX cards especially for second and third season have little reason to be there. Furthermore, if we do weed out the useless pictures, it will bring more attention and emphasize the images that we *do* have (which will either have different card images, or lore). So...yeah. You have about two hours to support or reject my proposition. -- Huajun Chen 18:49, 16 September 2007 (UTC)

Deltaneos said that someone told you on IRC that this elusive card does, in fact, exist. Who was this? Rodtheanimegod4ever 00:04, 18 September 2007 (UTC)

Do you know what other cards will be comming in phantom darkness?

I was searching for a card I have "Luna", because I do not fully understand its effect. I does not appear on the database but after typing in serial of my card (SD6-EN011) I discovered that it links to Tsukuyomi. They are identical cards apart for my one is titled "Luna" and the Card Lore is "This card cannot be specially summoned. At the final stage of common summon and flip bout the card returns back to the cards in the hand of the holder. When the card is common and flip summoned, a monster indicated in the side table shall turn it to be a fielding indicator".

Last sentace doesn't really make sense to me, but the point is...shouldn't this card be added? Or the entry updated? As at the moment it does not exist

My main concern is that we would be giving up our power to join with the other wikia. Not to mention the fact that I feel that we are doing rather well on our own. That is something that I wouldn't want to happen. Big Boss 0 21:15, 24 September 2007 (UTC)

got any suggestions for a powerful piercing deck?

It has been a while

Is Walkure Dritte, the translated or phonetic name for Valkyrie Dritte? I don't see how it could be the English translation, since it's German. -- Deltaneos 15:00, 23 October 2007 (UTC)

Ok, all similar templates are getting merged. I've joined the Card Navigation templates (apart from the ones with 2 at the end of their name), Template:Navigation. It uses the same name parameter, only difference is it's one template instead of six. I guess the errata tables are next. -- Deltaneos 10:24, 24 October 2007 (UTC)

Nightmare's new account attacked today User: Agent Tompson 81. I have reverted all of the vandalism. If I have not please tell me so. I reccomend deleting his user and talk pages and that he be blocked. He also impersonated you by signing your name with each attack. Check his contributions for evidince. Big Boss 0 20:18, 24 October 2007 (UTC)

The png files are coming up to five times the size as the jpegs. Now look at Set Gallery:Expert Edition Volume.4 (OCG), which is using .jpg extensions, it's 42 kb long and some browsers have problems displaying pages close to 32 kb. This is going to be much worse if the page uses pngs. Split the page maybe? Or use jpg images to a tolerable degree for long pages? Anyway speaking of long pages, this page is 37 kb long. -- Deltaneos 13:30, 29 October 2007 (UTC)

What is going on? Why did you delete my and Big Boss 0's pages.

Could you hurry up and answer me. Respond on my talk page please.

In idiot terms please. I did not understand a single thing you just said. And on the admin issue he wants to stop Nightmare so bad he would resort to any means to do it. He's not one to abuse power. And I am still kinda new at this so could you help me.

Sorry to bother, but could you use your text auto replace to change all the IOCDE to IOC here? And similarly with the Italian gallery. -- Deltaneos 16:24, 6 November 2007 (UTC)

It says on the Tag-Team Rules "These are the Official Tag-Team Rules, brought out to co-incide with the new cards from Cyberdark Impact". WTH. Is that true? -- Deltaneos 21:18, 8 November 2007 (UTC)

Want help with your collection

Retrieved from "https://yugioh.fandom.com/wiki/User_talk:BritishCynic?oldid=231592"
*Disclosure: Some of the links above are affiliate links, meaning, at no additional cost to you, Fandom will earn a commission if you click through and make a purchase. Community content is available under CC-BY-SA unless otherwise noted.